Cooperation with Universities of the Kyrgyz Republic A memorandum of cooperation was signed between the Al-Farabi Kazakh National University and the Kyrgyz National University named after J. Balasagun (KNU). The agreement was signed during a meeting between the Chairman of the Board-Rector Zhanseit Tuimebayev and the rector of the KNU named after Zh.Balasagun Kanat Sadykov in Bishkek (Republic of Kyrgyzstan), Delovoy Kazakhstan reports. 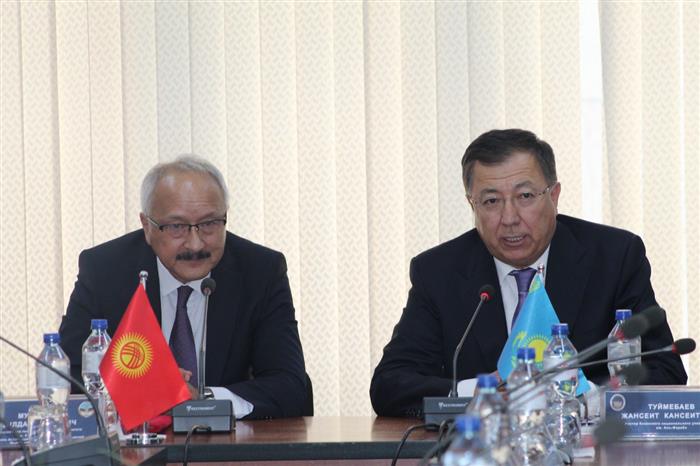 Rector of KazNU named after Al-Farabi Zhanseit Tuimebayev thanked his colleague for the warm welcome and expressed confidence that the signed bilateral agreement will contribute to expanding the partnership between the two universities. During the meeting, the parties discussed topical issues of bilateral cooperation in the field of science and education, as well as the possibility of opening a branch of Al-Farabi KazNU in Bishkek. The head of the country's leading university spoke about the university, its faculties and informed that the educational institution was included in the Top 200 universities in the world. 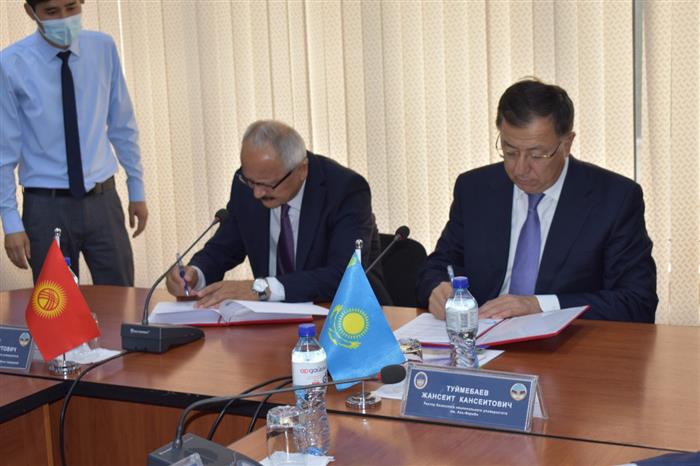 KNU Rector Kanat Sadykov noted the symbolism of the visit of the KazNU delegation, which will open a new page of partnership between the two universities. “I am deeply convinced that cooperation between the two universities will be fruitful and long-term and will help prepare qualified and competitive specialists,” said Rector K. Sadykov. Within the framework of this memorandum, the heads of the two universities also signed an agreement on the implementation of a double degree master's program in philology (Turkish language and literature). The curriculum was developed by the dean of the Faculty of Oriental Studies of the Kazakh National University named after Al-Farabi Paltore Yktiyar Moldatoreuly, the head of the department of TURKSOY KazNU Umut Kydyrbaeva and the dean of Kyrgyz philology of the KNU Baktybek Zhayloobaev. Thus, studying undergraduates will be issued double diplomas. 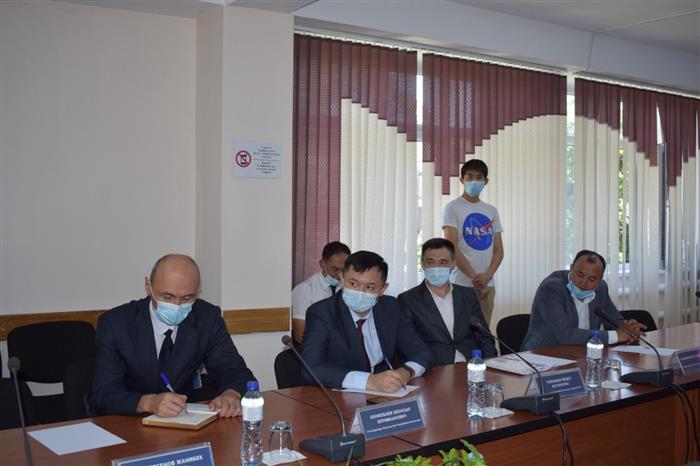 It should be noted that the event was also attended by the Ambassador Extraordinary and Plenipotentiary of the Republic of Kazakhstan to the Kyrgyz Republic Rapil Zhoshybayev.

In addition, Zh. Tuimebayev also visited the Bishkek State University named after K. Karasayev, where he met with the leadership of the university and signed a Memorandum of Cooperation between the two educational institutions. The document provides for the exchange of students, representatives of the teaching staff for the purpose of teaching, research and exchange of experience, as well as holding joint conferences, seminars in the field of science and education.