The Photo Exhibition is dedicated to the 30th Anniversary of Independence of Kazakhstan and organized by the Permanent Mission of Kazakhstan to the OIC in cooperation with the General Secretariat of the Organization. 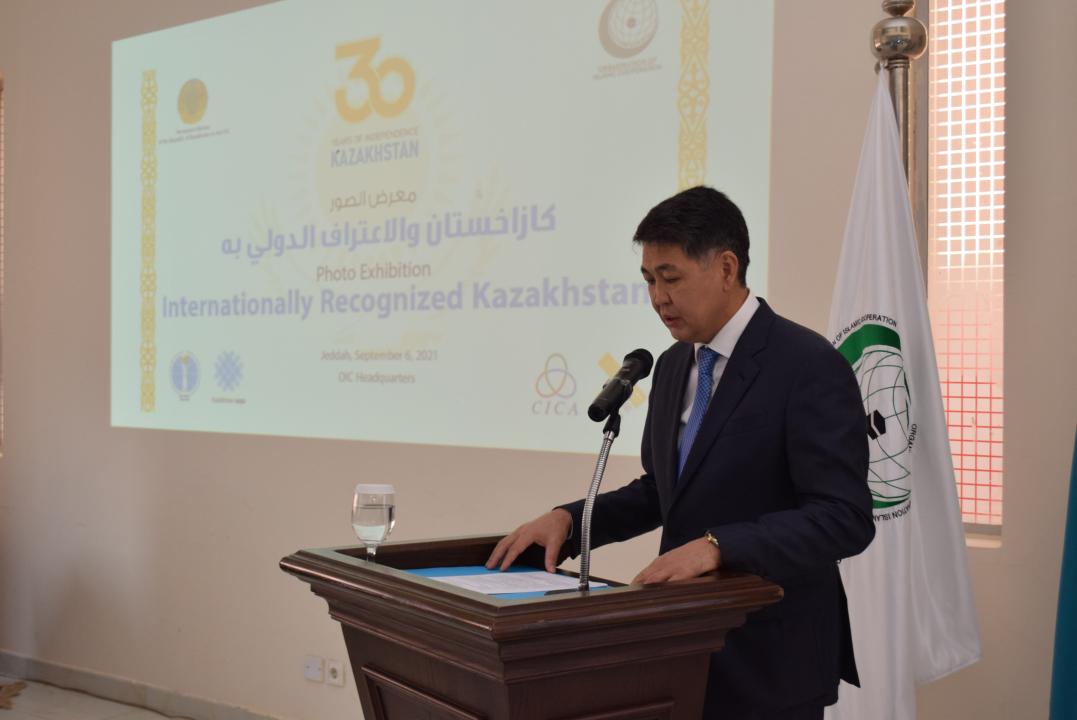 The event's Opening Ceremony was attended by leaders and staff of the General Secretariat of the Organization, heads of Permanent Missions to the OIC Member States and Consulates General accredited in Jeddah, representatives of the Islamic Development Bank, the World Muslim League, and other international organizations. 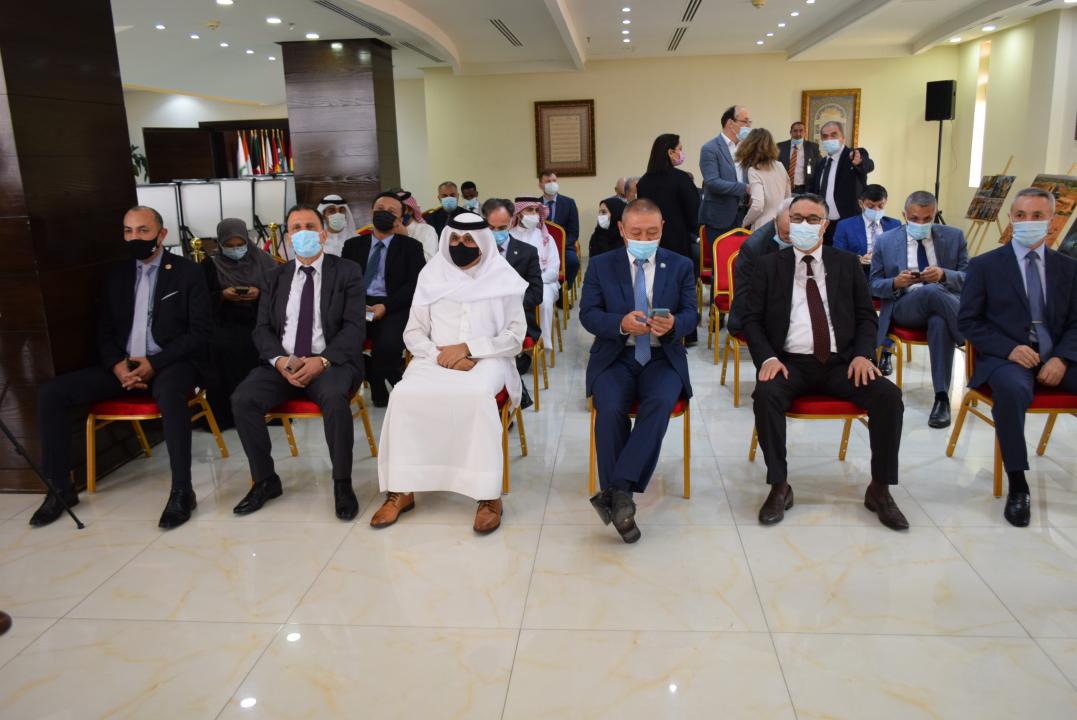 H.E. Mr. Berik Aryn, the Ambassador of Kazakhstan to Saudi Arabia and Permanent Representative of Kazakhstan to the OIC, and H.E. Amb. Samir Baker Diab, the OIC Assistant Secretary General, who participated on behalf of the head of the Organization, addressed the Opening Ceremony of the Exhibition. 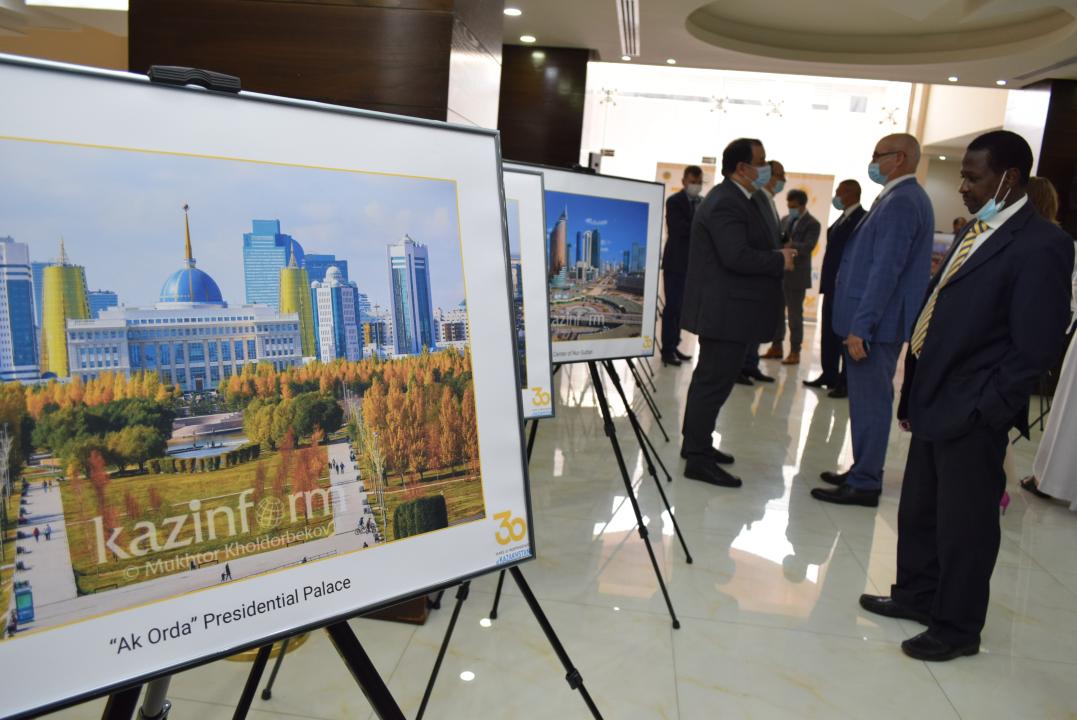 Amb. Berik Aryn, in his welcoming remarks, has underlined that the recent history of Kazakhstan, which is a proud descendant of the great nomadic civilization of the Great Steppe, is closely connected with the name of the First President of Kazakhstan – Leader of the Nation Nursultan Nazarbayev. He informed on Kazakhstan's main political, social, and economic achievements and its significant progress in the international arena during the independence. 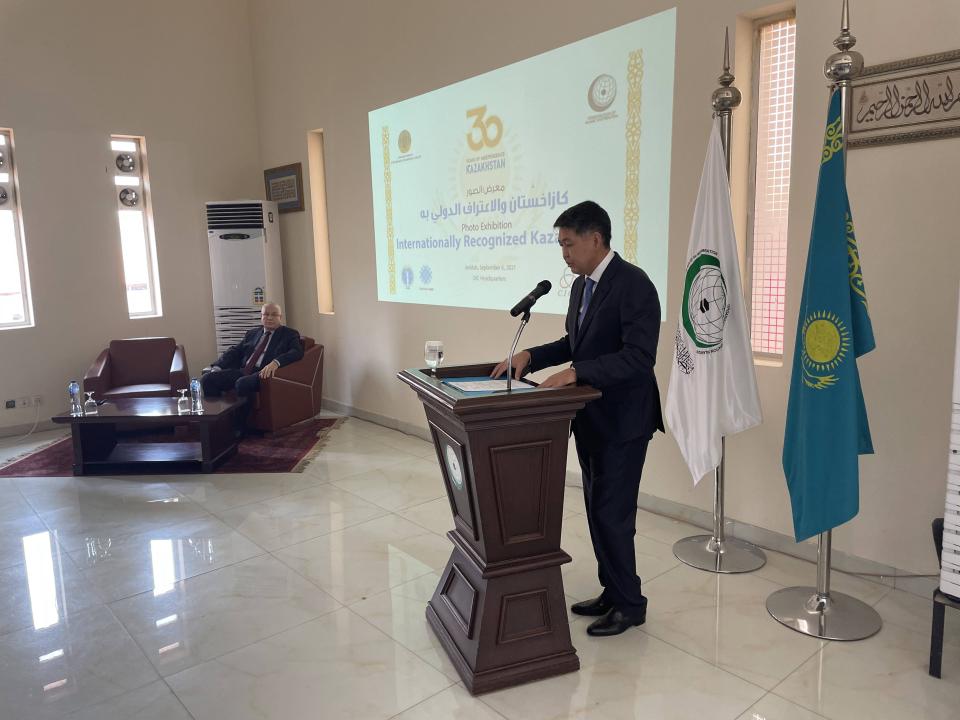 The Ambassador noted that Kazakhstan has managed to position itself as a predictable and robust partner with a sustainable economy, a favorable investment climate, social stability, and active civil society over the years. 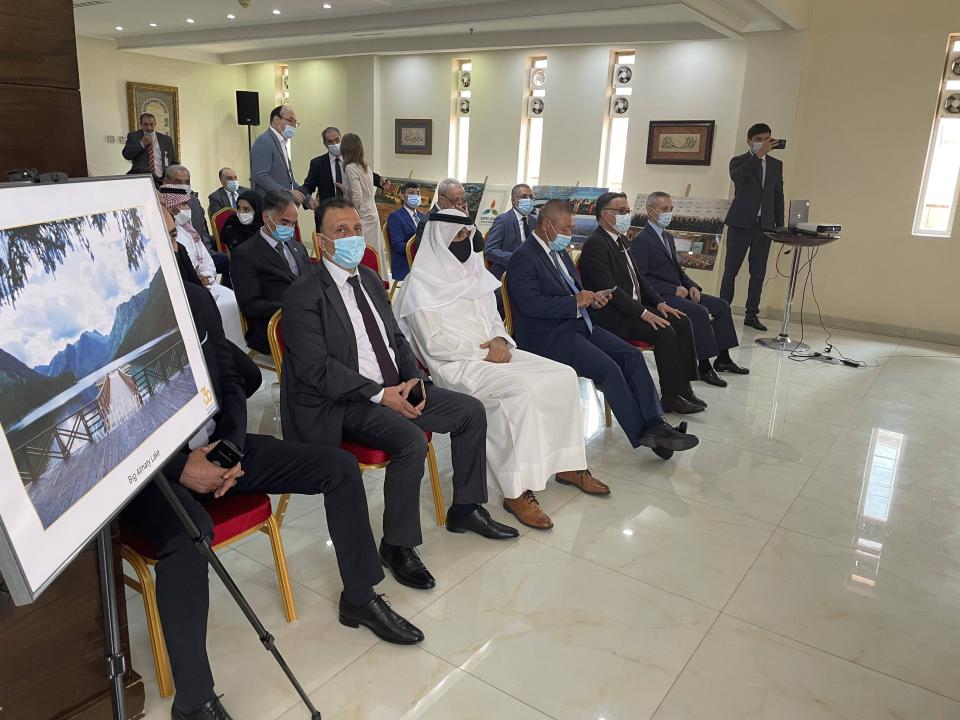 He also briefed on the ongoing economic and political reforms under the leadership of the President of Kazakhstan Kassym-Jomart Tokayev, aimed at ensuring sustainable economic growth and the well-being of citizens. In this context, the Kazakh diplomat informed on the highlights of the President's State of the Nation Address entitled “Unity of the people and systemic reforms are a solid foundation for the nation's prosperity.” He pointed out that this Address reflects the main vectors of the country's further social and economic development during this challenging time. 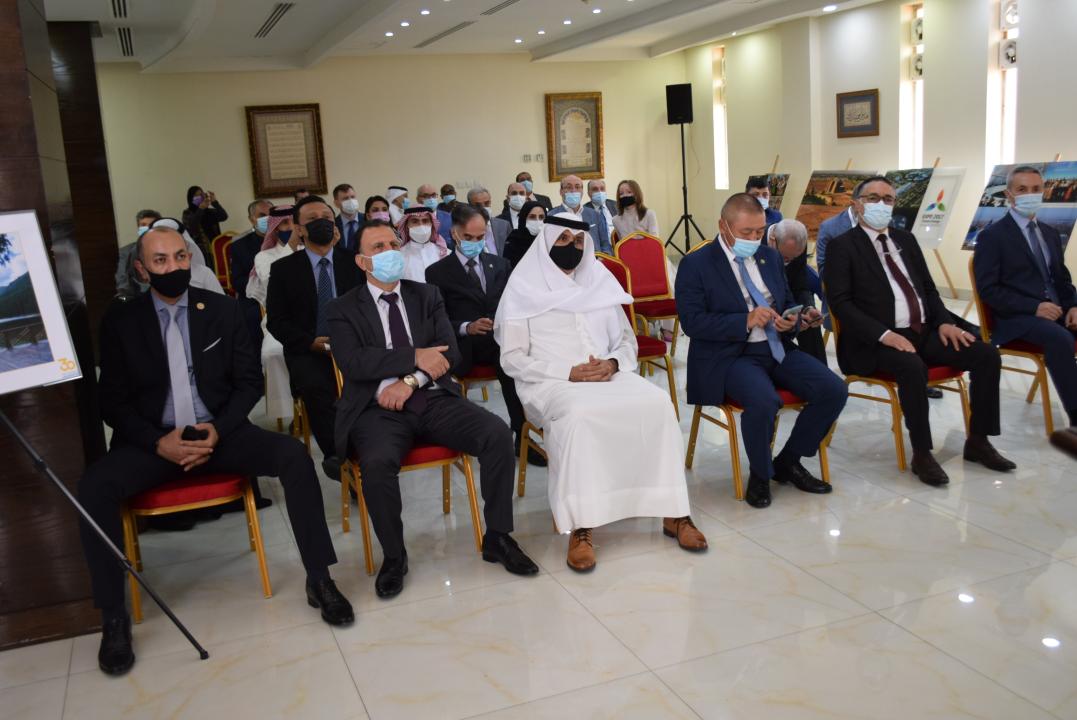 Amb. Berik Aryn extended his gratitude to the OIC Member States and leadership of the Islamic Organization for their continued support for the independent development of Kazakhstan and its foreign policy initiatives. He stressed that these initiatives allowed Kazakhstan to successfully chair the 38th Session of the OIC Council of Foreign Ministers in 2011-2012, hold the First OIC Summit on Science and Technology in 2017-2021, and establish the Islamic Organization for Food Security in Nur-Sultan. In turn, the OIC Assistant Secretary General Samir Diab congratulated the leadership and people of Kazakhstan on the 30th Anniversary of Kazakhstan's Independence and wished for further development, prosperity, and well-being. 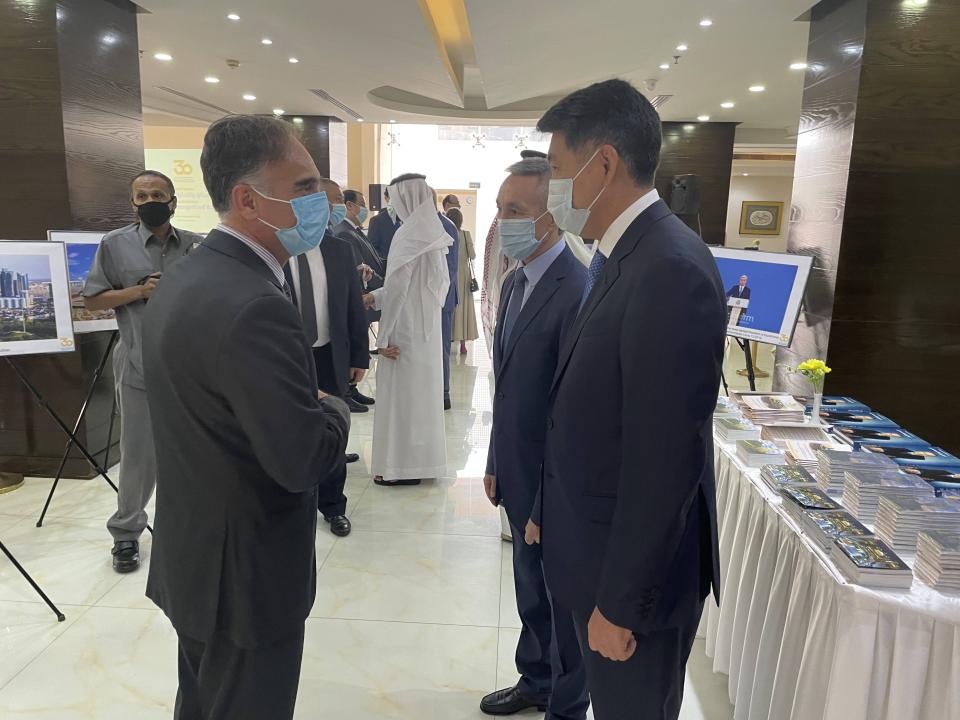 He noted that Kazakhstan is one of the active members of the OIC, which makes a significant contribution to the activities of the Organization. In this context, Amb. Samir Diab highly appreciated the outstanding initiatives of the leadership of Kazakhstan aimed at strengthening the role of the OIC in international affairs, the development of science and technology in Muslim countries. 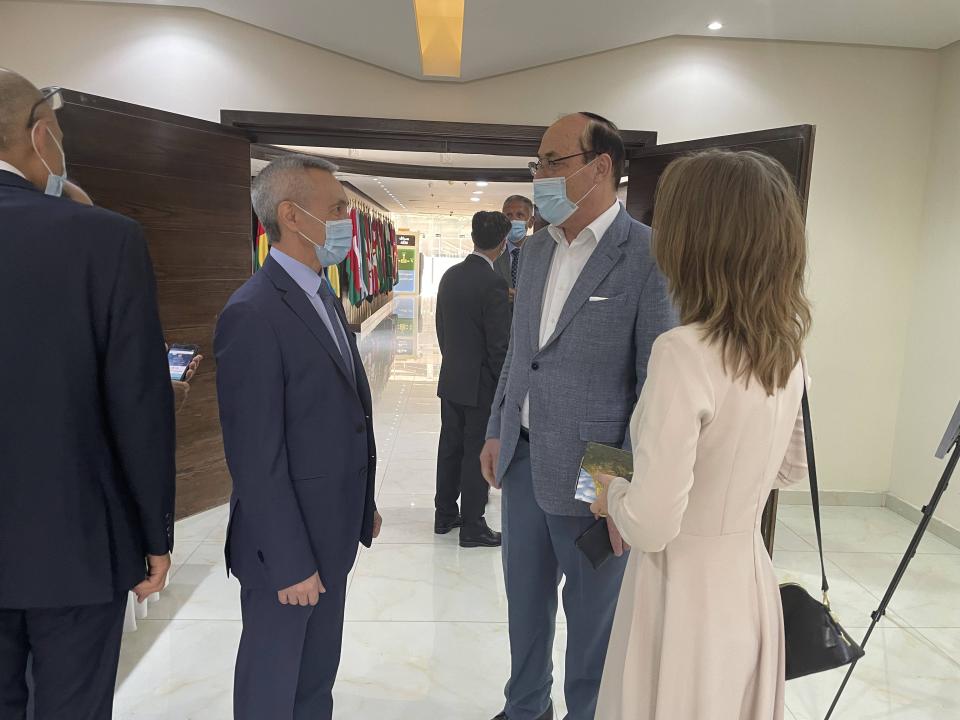 The Photo Exhibition allowed guests to become familiar with Kazakhstan's main stages of development, view the country's natural beauty and architectural masterpieces, and gain better insight into the history, culture, traditions, and lifestyle of the people of Kazakhstan. 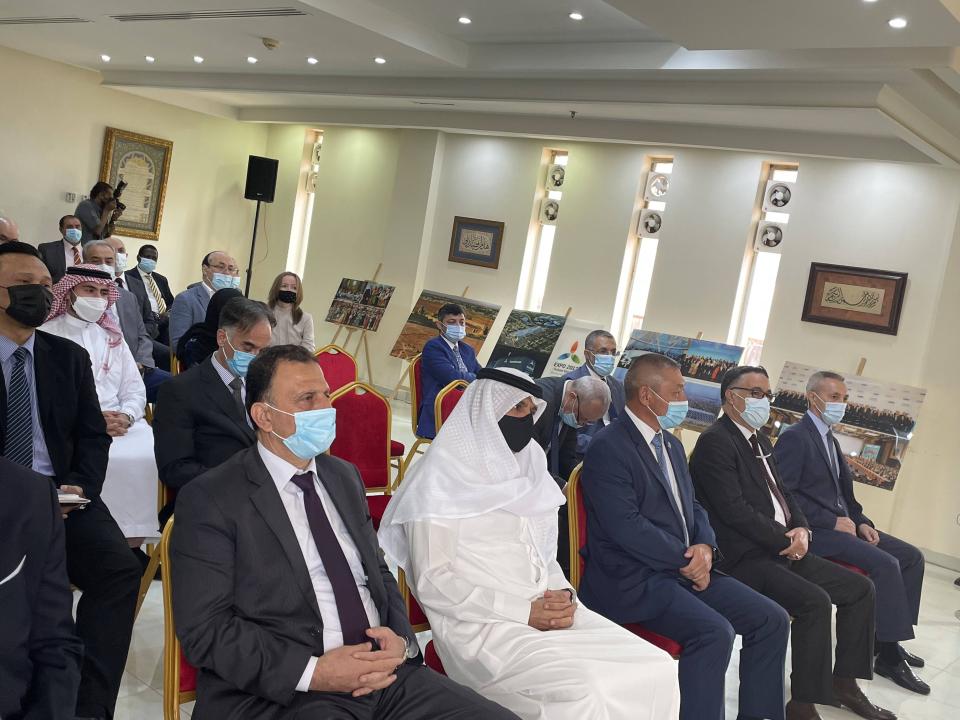 The Kazakh Permanent Mission also demonstrated the thematic videos and distributed books written by Leader of the Nation Nursultan Nazarbayev and President Kassym-Jomart Tokayev, the Address of the Head of State, and other information highlighting Kazakhstan and its political, social, and economic development during 30 years of Independence of Kazakhstan. 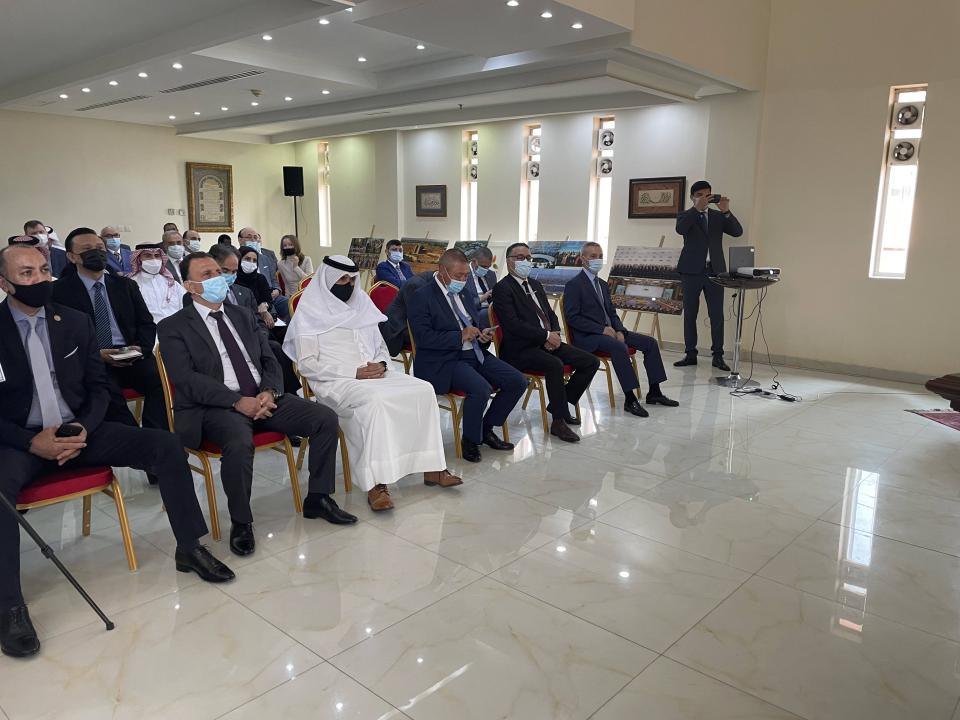