A special regulation has been developed to stabilize prices

The Vice Minister noted that since the beginning of the year, prices for socially important food products have increased by 9.9%. At the same time, due to the saturation of the domestic market with domestic products over the past two weeks, prices have decreased by 0.5%.Since the peak growth, prices for potatoes have decreased by 34% or by 71 tenge, carrots - by 41% or by 122 tenge. Also, according to the Vice Minister, cabbage and onions fell in price by 0.4% and 0.1% over the week.

The Vice Minister spoke about the draft set of anti-inflationary response measures. The package of measures includes operational and systematic measures to curb the growth of prices for socially important goods. He also reported on the implementation of the instruction of the Head of State, voiced in the Address, according to the definition of the Ministry as the main responsible state body that will carry out unified coordination in curbing the growth of prices for socially important goods. So, to date, a draft Regulation of interaction between sectoral state bodies and organizations of state bodies has been developed for this purpose.

"The regulations are planned to be approved at the next meeting of the Government of the Republic of Kazakhstan," Yerzhan Kazanbayev added.

"Within the framework of this initiative, it is necessary to combine such functions of state bodies as monitoring compliance with the size of marginal prices and trade surcharges; data collection and processing using machine technologies; making forecasts for goods; and recommendations on the effective distribution of funds of stable funds and the "revolving scheme", - commented the Vice-Minister of Trade and Investment.

He spoke about the created analytical trading platform, which is already ready to launch in a pilot mode.

The platform will allow you to monitor food prices online, form forecast prices, as well as build mathematical models that allow you to see the causes of price increases and ways to stabilize them. 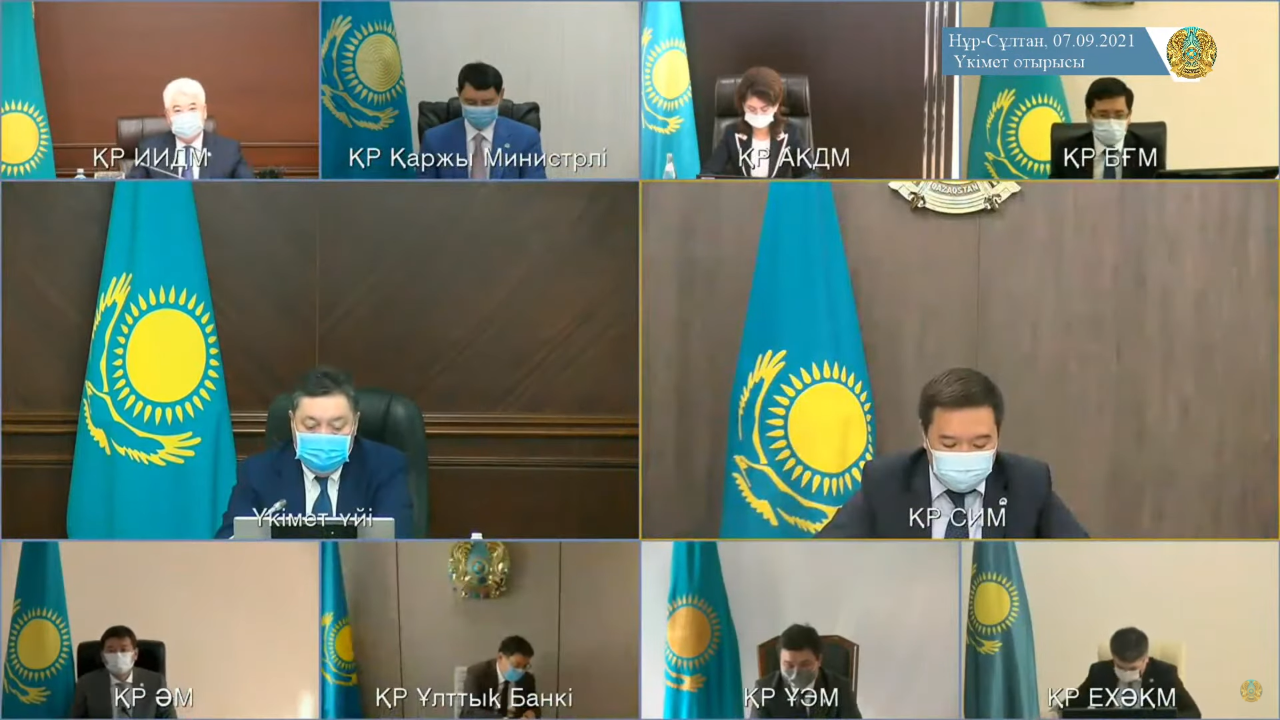 The situation centers of akimats will also be connected to the platform, which will allow monitoring the situation on prices in the regions in an operational mode.

Speaking about the implementation of the National Commodity Distribution System (NTS), he said that an agreement was signed within the framework of public-private partnership for the construction of the 1st stage of the NTS.

As of today, the Contract has been registered with the Treasury Committee and work is underway to compile design and estimate documentation. "The modernization and transfer of 2 ORCS is planned until January 2022, the construction of the remaining ORCS is planned to begin in January and be completed by August 2022," the vice minister detailed.At the 2nd stage, it is planned to build 17 ORTS. Together with a private partner, a marketing analysis was carried out, 70% of land plots were identified and procedures for their allocation were initiated.