This year was the Twelfth Anniversary of the International Day against Nuclear Tests, which was instituted by the General Assembly in 2009, at the initiative of Kazakhstan, Delovoy Kazakhstan reports.

The High-level plenary meeting, which was convened by Volkan Bozkir, President of the UN General Assembly, and attended by Ms. Izumi Nakamitzu, UN Under-Secretary General and High Representative for Disarmament Affairs, who spoke on behalf of Secretary-General António Guterres. Among the other keynote speakers were Dr. Robert Floyd, Executive Secretary of the Preparatory Commission of the Comprehensive Nuclear-Test-Ban Treaty Organization (CTBTO), Vivien Okeke, Head of the International Atomic Energy Agency (IAEA) Office at the United Nations in New York, and representatives of civil society. 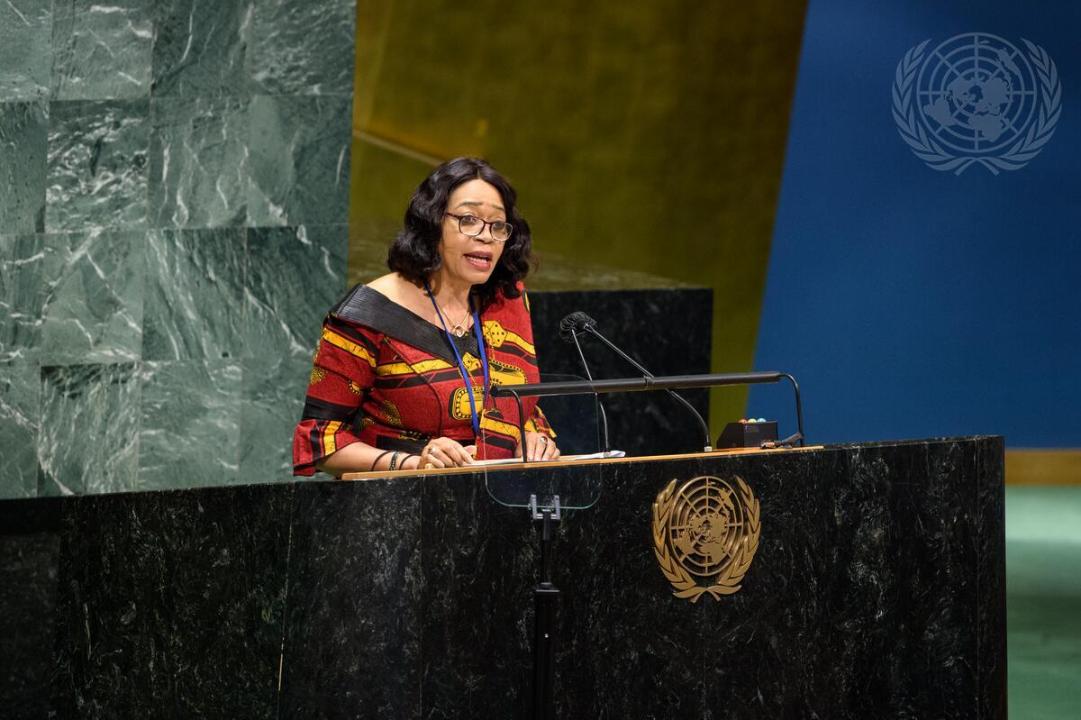 First President of the Kazakhstan – Elbasy Nursultan Nazarbayev addressed the United Nations General Assembly on the occasion of the International Day against Nuclear Tests. In his video statement, Nursultan Nazarbayev highlighted the historical significance of the decision to close the Semipalatinsk test site and renounce all its nuclear weapons. He further added, saying, “Thirty years ago, I signed the decree to close the Semipalatinsk nuclear test site, one of the largest nuclear test sites in the world. It was the first legally binding ban on nuclear testing in the history of mankind. Following the nuclear test site in Semipalatinsk, a number of test sites around the world were closed or deactivated”. He also drew attention to the fact that Kazakhstan had an honorable mission to show all countries that it is possible to move along the path of progress and prosperity without "nuclear muscles". 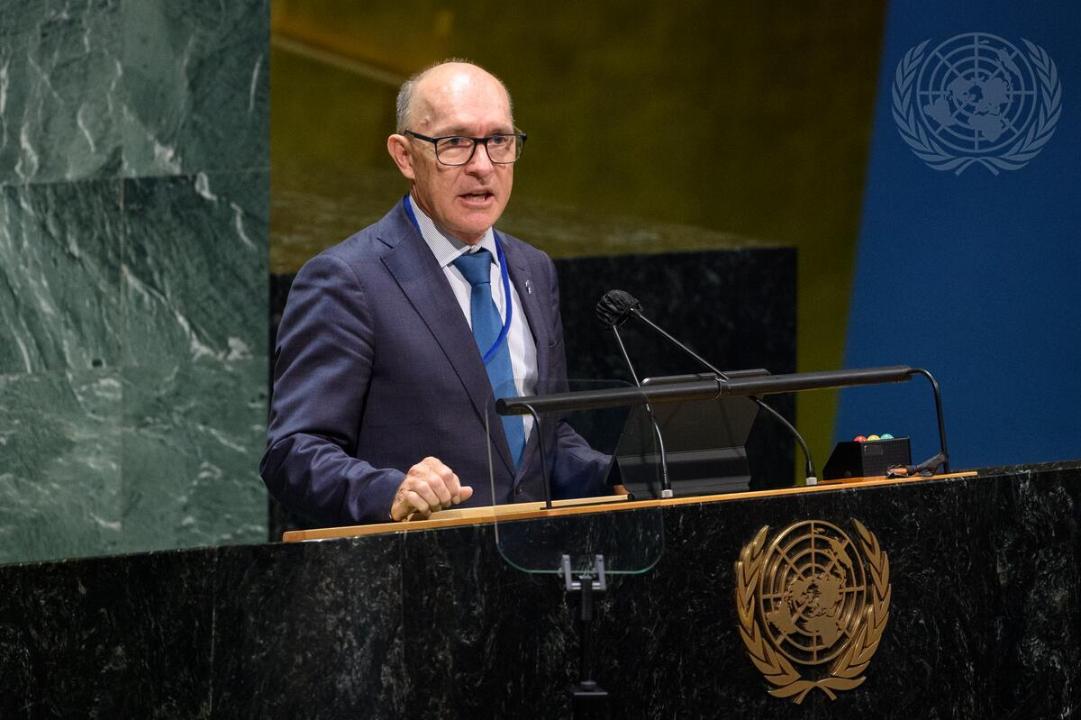 President of the General Assembly Bozkir, noting the landmark date of the historic closing Semipalatinsk test site, expressed solidarity with those who are still suffering from the severe consequences of nuclear tests. “We remember the victims of nuclear testing. We honour the survivors. We examine the legacy impacts of nuclear weapons, including that of nuclear waste”, he stressed. 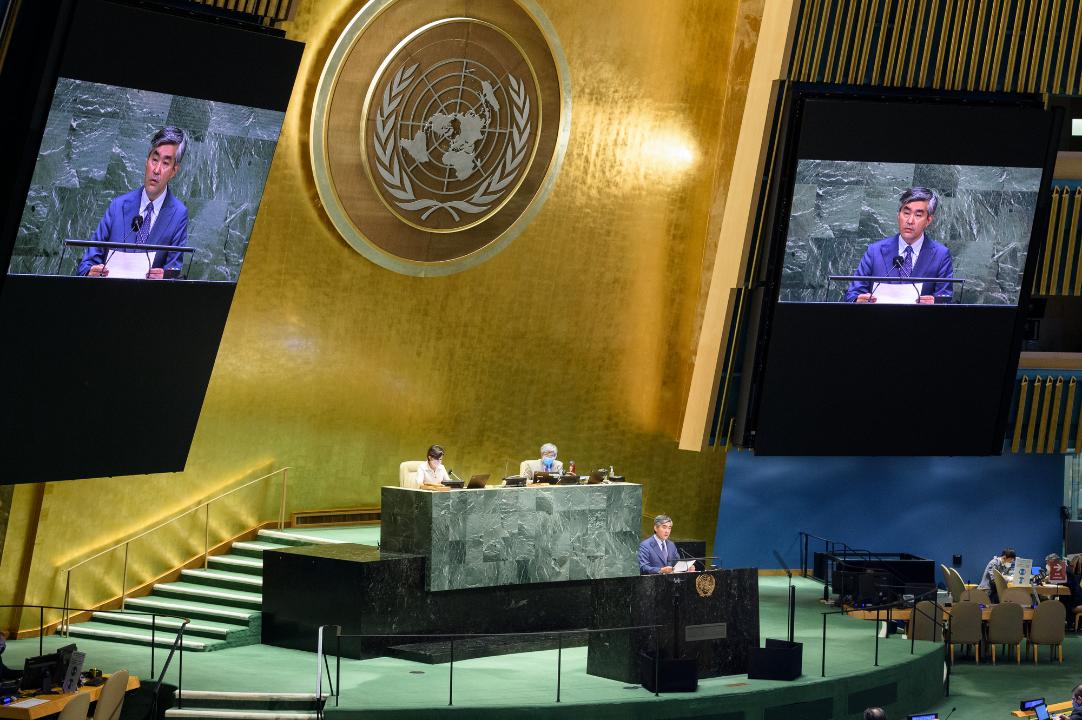 High Representative Nakamitsu noted the humanitarian importance of President Nazarbayev’s decision, to put an end to the uncontrolled testing of nuclear weapons. She reinforced the commitment of the Secretary General and the entire UN system to work towards the same objectives. 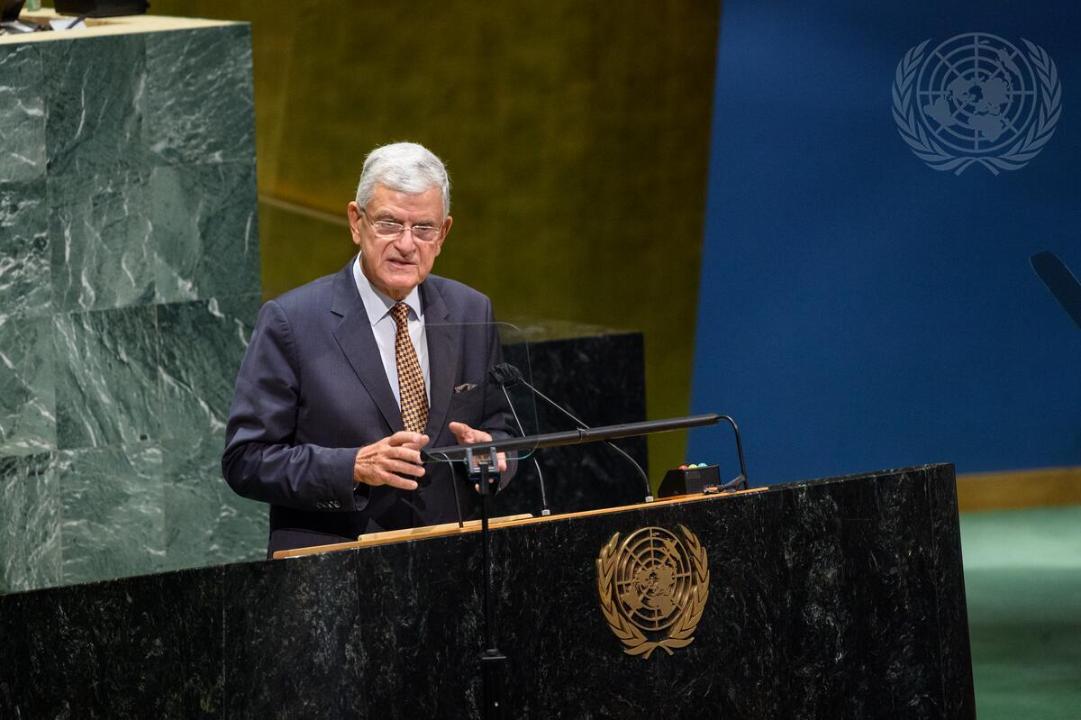 Robert Floyd drew attention to a sad page in the history of Kazakhstan, where more than 400 nuclear explosions were made on the territory of the former Semipalatinsk test site, each of which was thousands of times more devastating than the power of the atomic bomb dropped on the Japanese cities of Hiroshima and Nagasaki. He called the decision of the First President of Kazakhstan to close this test site bold and necessary, and also called on the international community to continue efforts to eliminate the most destructive force created by humanity. 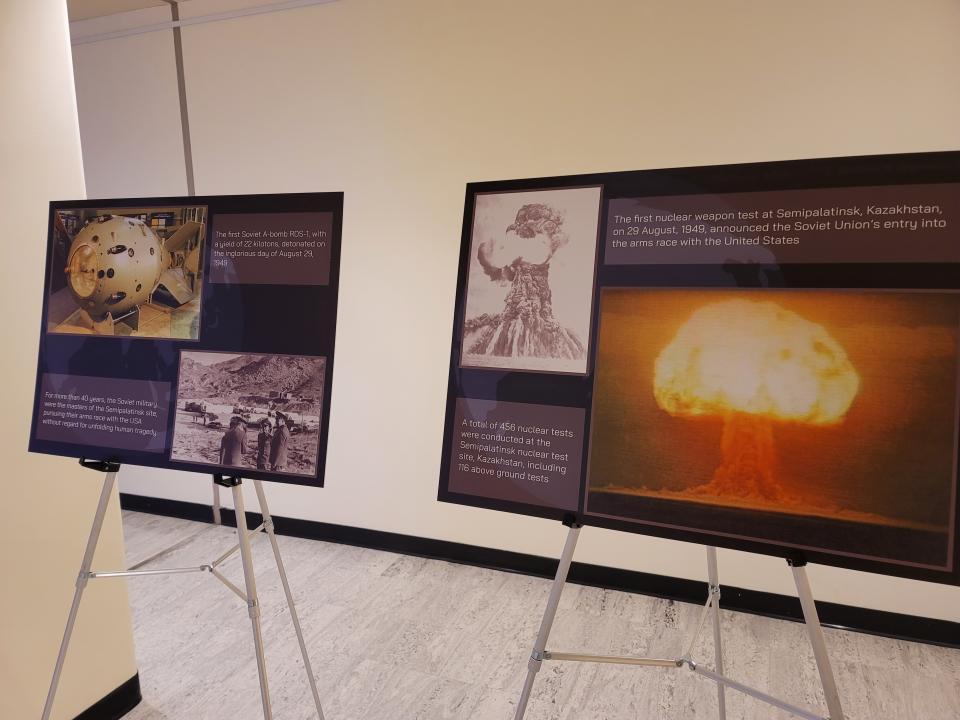 IAEA representative Vivian Okeke outlined the vital necessity of continuing joint work with Kazakhstan to rehabilitate the territory and population of the former test site. The Agency highly appreciates the support of the Government of Kazakhstan in hosting the IAEA Low-Enriched Uranium Bank and its invaluable contribution in bringing this project to fruition. 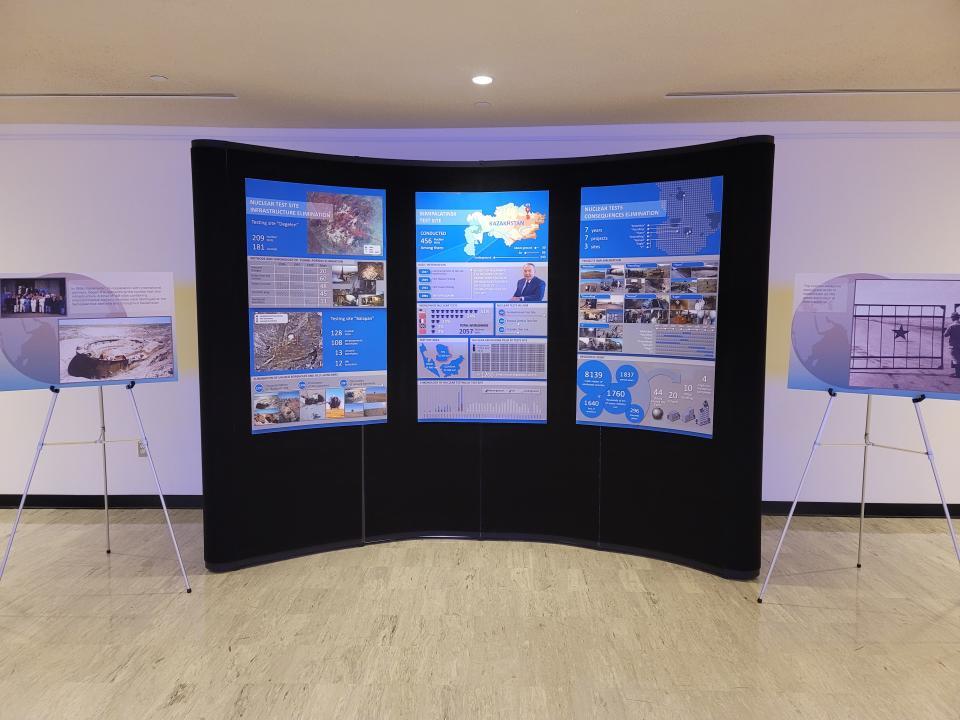 The observance was powerful and resounding in its impact as various regional groups, the permanent representatives to the UN of Germany, Brazil, Iran, Ukraine, Latin America and the Caribbean, noting the historical importance of the decision to close the Semipalatinsk test site, stressed the need to ban nuclear tests and called for the early entry into force of the Comprehensive Nuclear Test Ban Treaty. 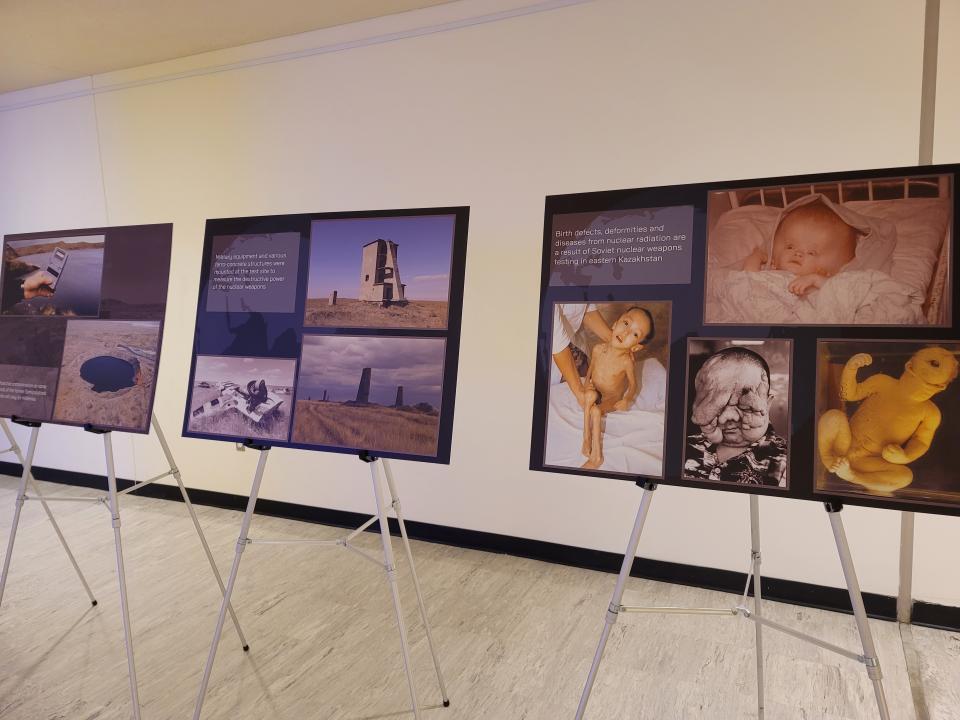 Ambassador Magzhan Ilyassov, Kazakhstan's Permanent Representative to the UN, observed that the presence today of a large number of UN Member States testifies to the strong commitment of the international community to a world without nuclear tests and a future without nuclear weapons.

“We are convinced that nuclear security is possible only if it is universal and non-discriminatory. We, therefore, urge all UN Member States to join the Treaty on the Prohibition of Nuclear Weapons, which is a new reality and outlaws nuclear weapons”, he concluded. 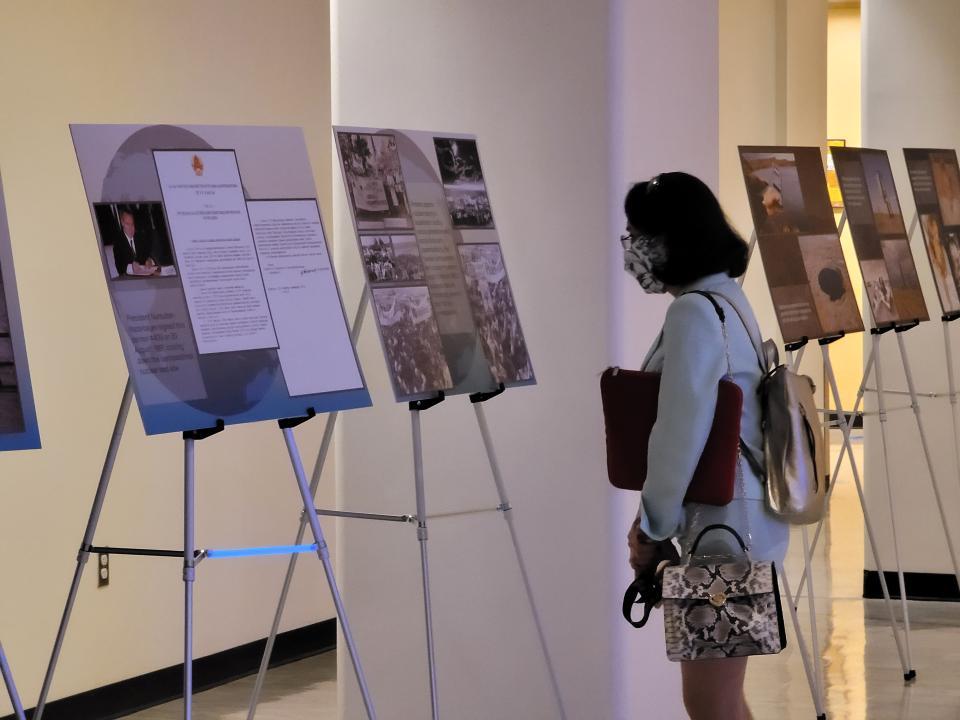 As part of the event at the UN Headquarters, the Permanent Mission of Kazakhstan organized a photo exhibition and video display about the history and consequences of nuclear testing at the Semipalatinsk test site.