Central Hall Westminster hosted a high-level event in commemoration of the 30th anniversary of the closure of the Semipalatinsk Nuclear Test Site, as well as the International Day against Nuclear Tests, Delovoy Kazakhstan reports.

The hybrid event involved speakers and guests from around the world and focused on the links between the threat of nuclear weapons and global climate change. The event’s discussions were notable for the participation of different generations – experienced experts from various spheres were in dialogue with youth leaders. 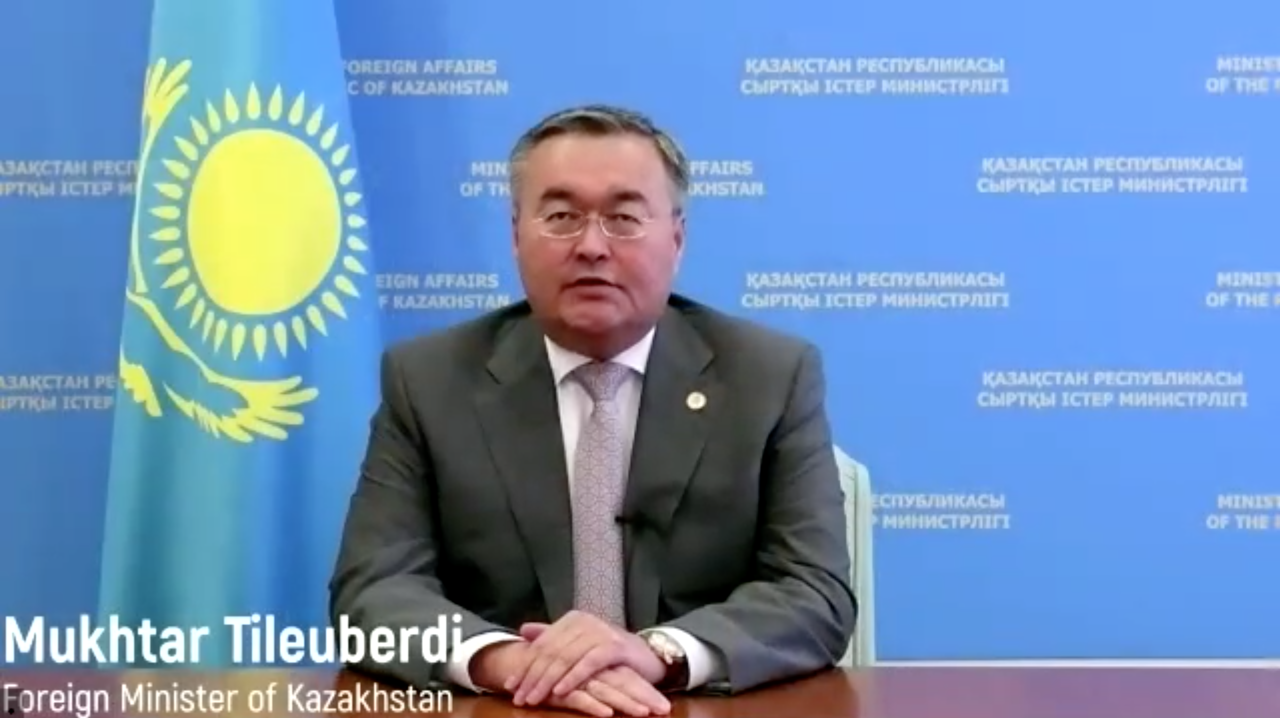 The Embassy of Kazakhstan in the UK co-hosted the conference with the Nursultan Nazarbayev Foundation, Parliamentarians for Nuclear Non-Proliferation and Disarmament (PNND), and Youth Fusion. The discussion was moderated by Professor Dan Plesch, Director of the Centre for International Studies and Diplomacy at SOAS University of London, and Vanda Proskova, Co-convener of Youth Fusion. 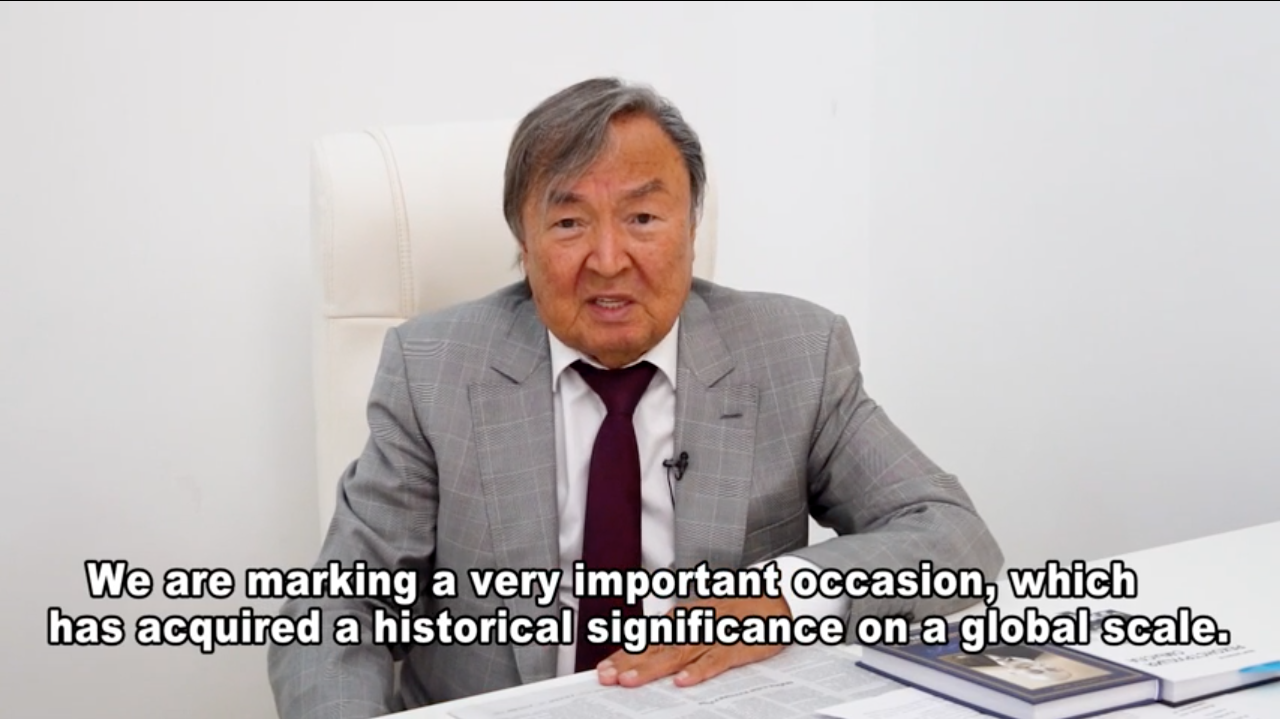 Central Hall Westminster was the venue for the very first meeting of the United Nations General Assembly (UNGA) 75 years ago. Also at this venue, the very first UNGA resolution was adopted, establishing a UN Security Council Commission “for control of atomic energy to the extent necessary to ensure its use only for peaceful purposes” and “for the elimination from national armaments of atomic weapons and of all other major weapons adaptable to mass destruction.” 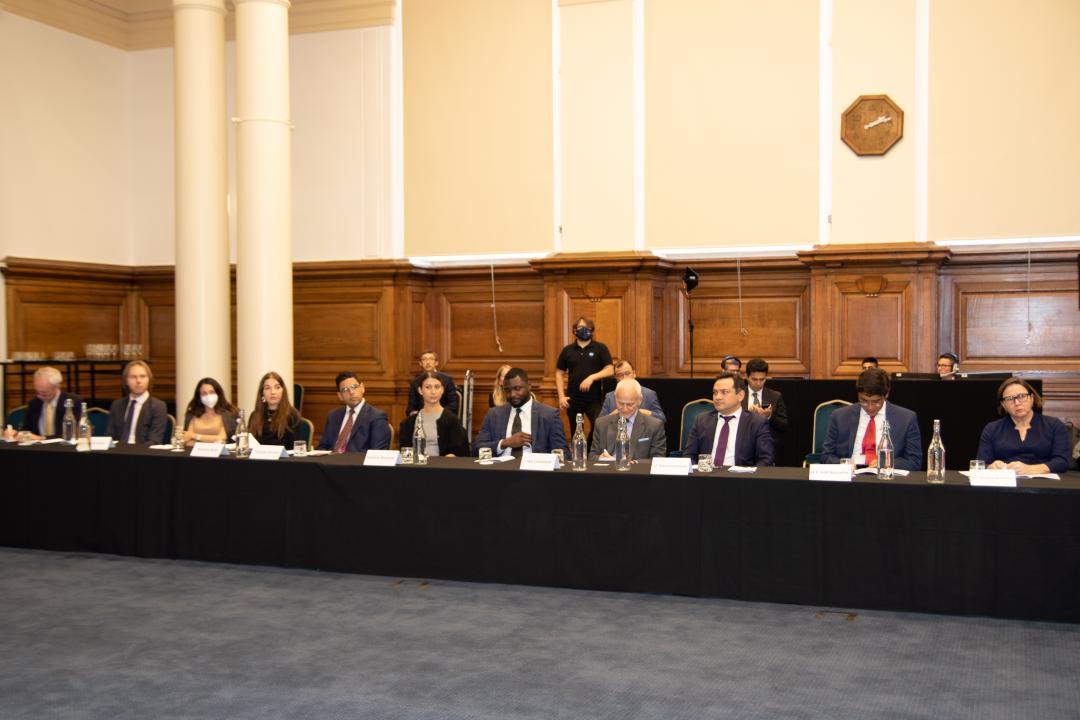 Links between two of the most pressing global challenges of our time were discussed during four panel sessions, focusing, among other things, on the short- and long-term environmental impacts of nuclear weapons testing and use, international law, and the role of civil the society.

The welcome address by Mukhtar Tileuberdi, Deputy Prime Minister and Minister of Foreign Affairs of Kazakhstan, set the tone for the event, highlighting the core milestones of Kazakhstan’s development and achievements over the 30 years of its independence. He noted the historical role of Kazakhstan’s First President Nursultan Nazarbayev and the more recent policy of President Kassym-Jomart Tokayev in promoting global nuclear disarmament. 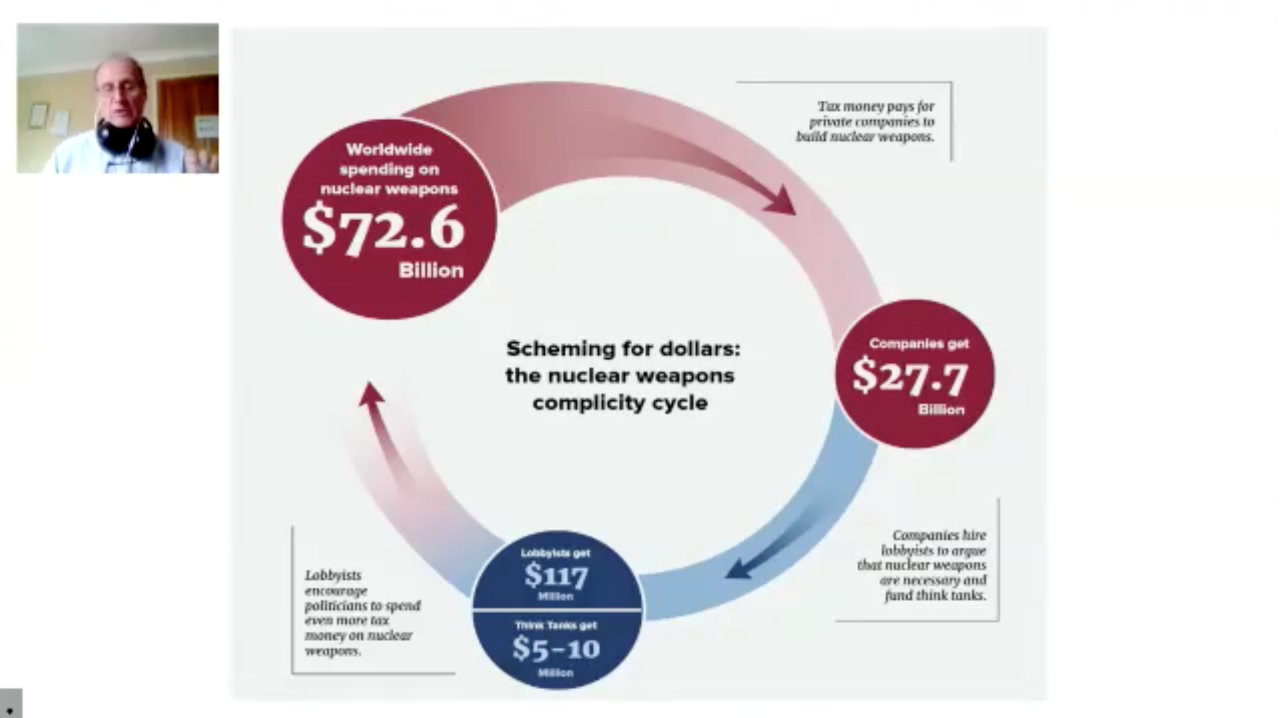 “In 2015, Kazakhstan initiated the Universal Declaration on Achieving a World Free of Nuclear Weapons, which was supported by most of the UN Member States. This concept document sets forth the determination of all countries, organisations and civil society to move towards a world free of nuclear weapons. The corresponding UNGA resolution, first adopted in December 2015, was reaffirmed in 2018 and will be updated again this year. We, therefore, look forward to the consistent support of the international community,” he stressed.

“What does need to be recognised is that we cannot afford to say that the global challenges outlined today are too many to ask the international community to take on at one time. We do not realistically have the choice to address them sequentially. We need to find the political will and the resources to deal with them now,” he stressed.

Speaking about the practicality of redirecting funds spent on nuclear weapons, the speakers noted the relevance of an initiative proposed by Kazakhstan’s First President on each state transferring one percent of military spending to reaching UN development goals. 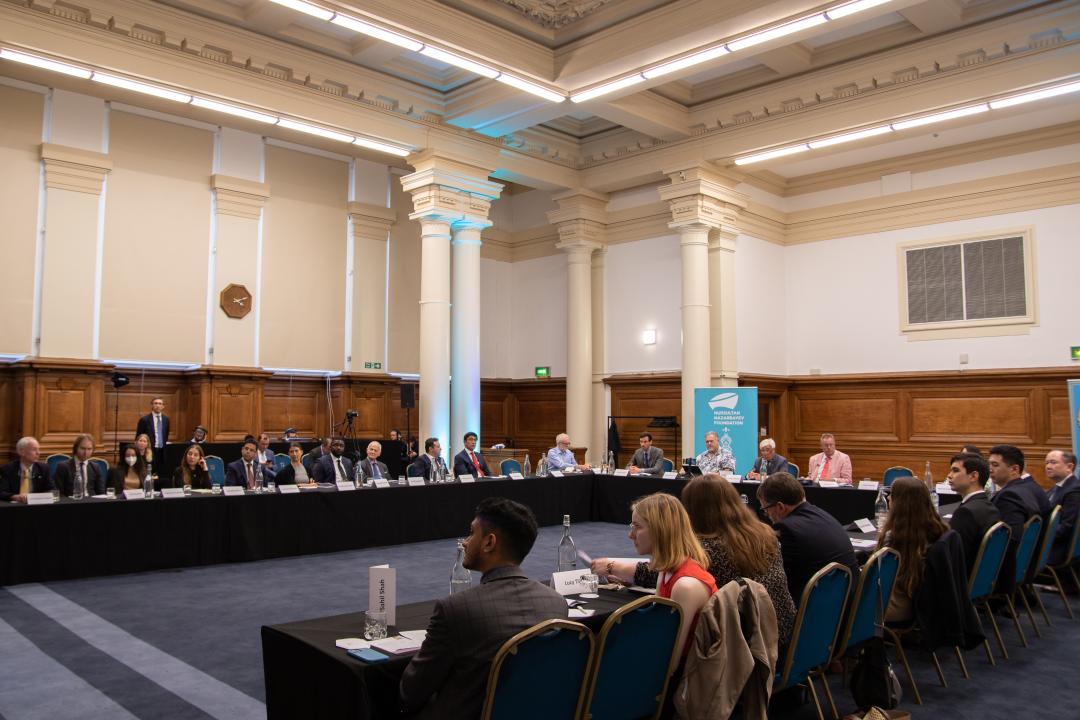 Olzhas Suleimenov, President of the Nevada-Semipalatinsk International Anti-Nuclear Movement, conveyed his wishes to the new generation in a video message.

“I hope that the cause we were fighting for in the past will continue to thrive in all countries… Stopping the development of this means of destruction, which is devastating for humanity, must be a joint effort,” he said.

Conference participants noted that the tests conducted at the Semipalatinsk Nuclear Test Site from 1949 to 1991 continue to have a devastating effect on Kazakhstan’s ecosystem years after its closure. Climate change, water scarcity, soil degradation, air pollution and loss of biodiversity pose a real threat to the environmental, economic, and social security of the entire Central Asian region.

MP Jeremy Corbyn, former leader of the Labour Party, who took part in the event, noted Kazakhstan’s contribution to nuclear disarmament and non-proliferation and stressed that by getting rid of nuclear weapons, our country became stronger, because it gained the moral leadership to speak to the rest of the world. 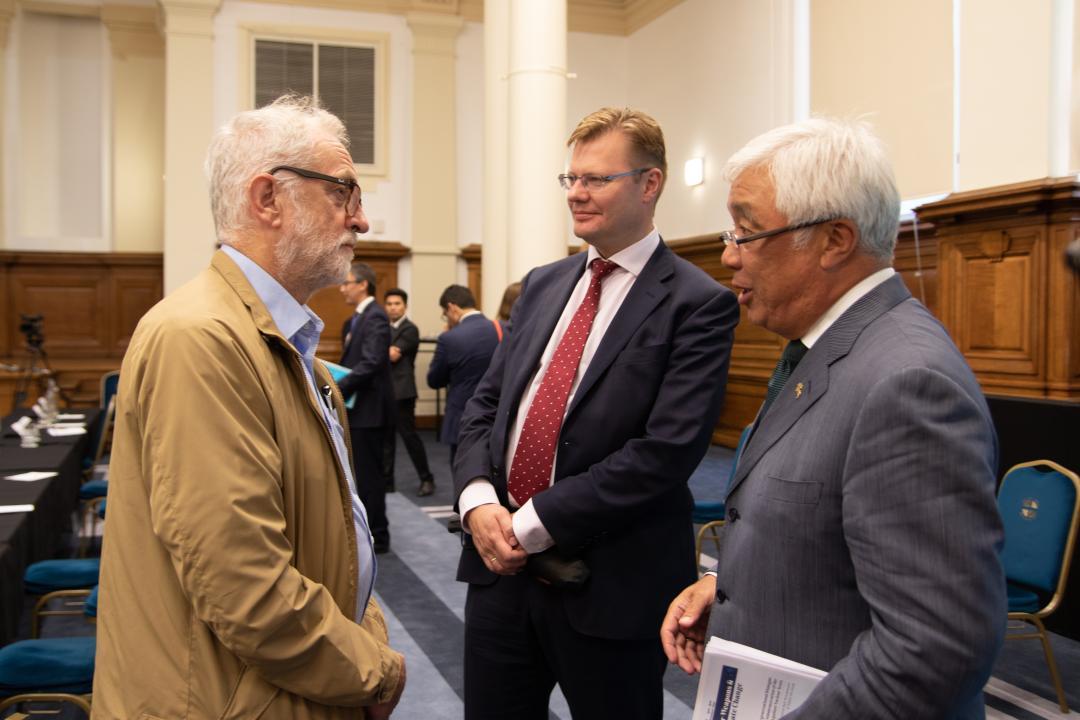 A video message by Dr Robert Floyd, Executive Secretary of the Comprehensive Nuclear-Test-Ban Treaty Organisation (CTBTO), addressed the catastrophic consequences of nuclear tests and stressed the need for the speedy entry into force of the CTBT, which marks the 25th anniversary of adoption this year.

The discussion noted that the two most pressing global issues of our time – climate change and the threat of nuclear war – pose existential threats to the survival and well-being of humanity and dangerously affect each other. On the one hand, extreme weather conditions and rising temperatures exacerbate geopolitical tensions, which, in turn, increases the risk of a nuclear conflict. On the other hand, the development, production, testing and use of nuclear weapons have many negative environmental consequences.

Discussions involved prominent figures, MPs, experts, representatives of non-governmental organisations. One of the ideas expressed at the event was that nuclear tests should be considered the starting point of the so-called Anthropocene era – a new geological epoch in which human activity became the main driving force behind geological changes on Earth, and human impact on the biosphere acquired an unprecedented scale. 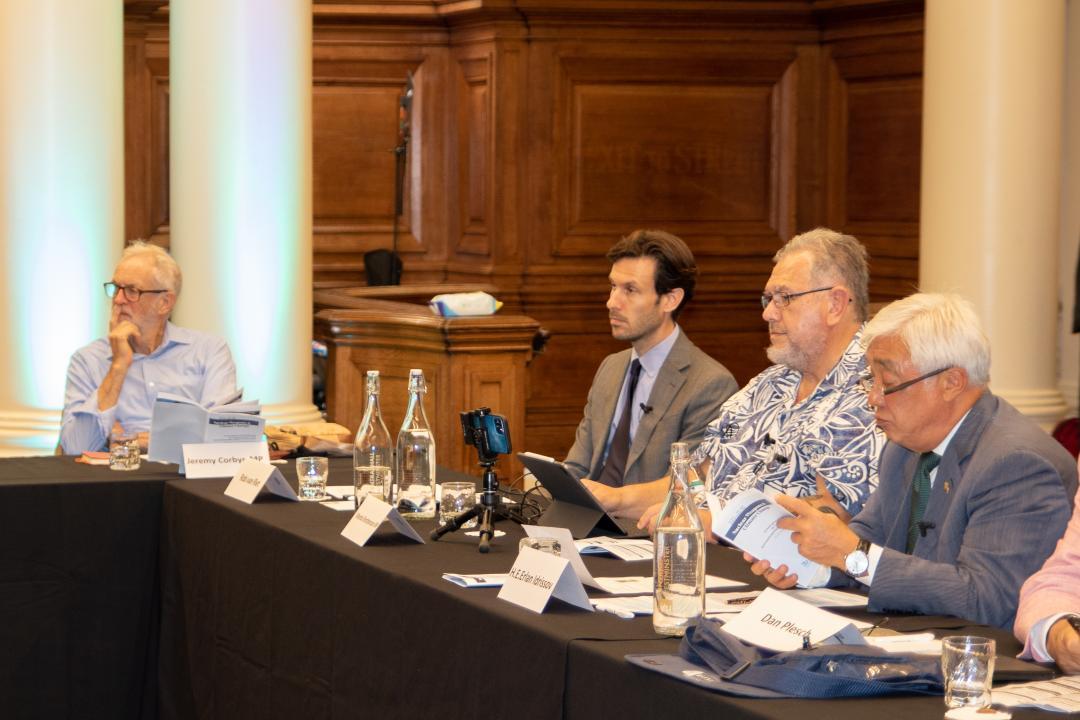 The event took place on the eve of the UN Climate Change Conference in Glasgow scheduled for this November under the chairmanship of the United Kingdom. Kazakhstan is expected to participate in the conference with a representative delegation. 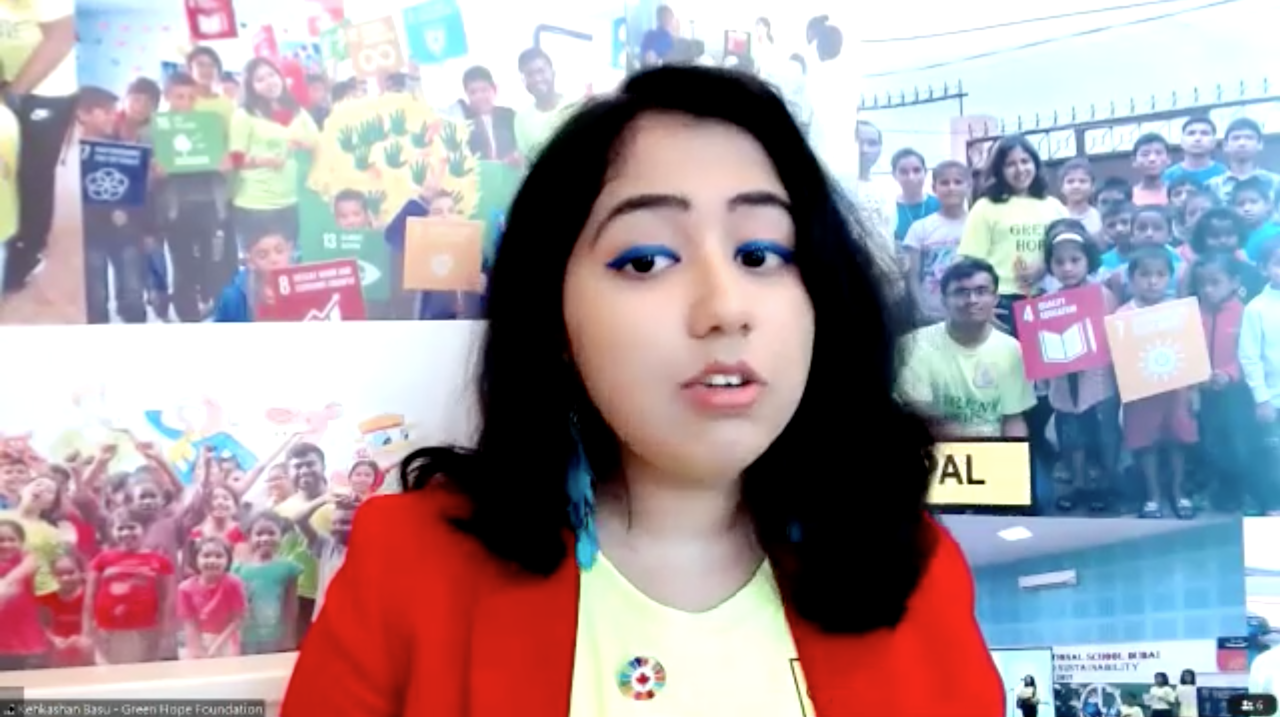 In their closing remarks, Alyn Ware, PNND Global Coordinator, and Erlan Idrissov, Ambassador of Kazakhstan to the UK, outlined the event results and emphasised the intention to continue to support intergenerational dialogue aimed at preserving international security, peace, and prosperity.

The conference gathered around 50 guests in person, while the online audience reached about 400 viewers.

For presentations and video messages from speakers, as well as the full video recording and booklet of the event, click here.