During the consultations the parties held a "synchronization of watches" on a wide range of issues of bilateral cooperation of mutual interest. Particular attention was paid to the discussion of issues of further strengthening cooperation between Nur-Sultan and The Hague within the framework of the UN, OSCE and other international organizations, as well as in the area of cooperation with the European Union.

The Kazakh diplomat informed the Dutch side about the ongoing large-scale political and socio-economic reforms in the country, which were announced by President Tokayev. The main aim of these reforms – is to build a «New Kazakhstan» and strengthening the role of the Parliament. In this context, the parties also agreed to comprehensively promote the establishment of an inter-parliamentary dialogue between the two countries. 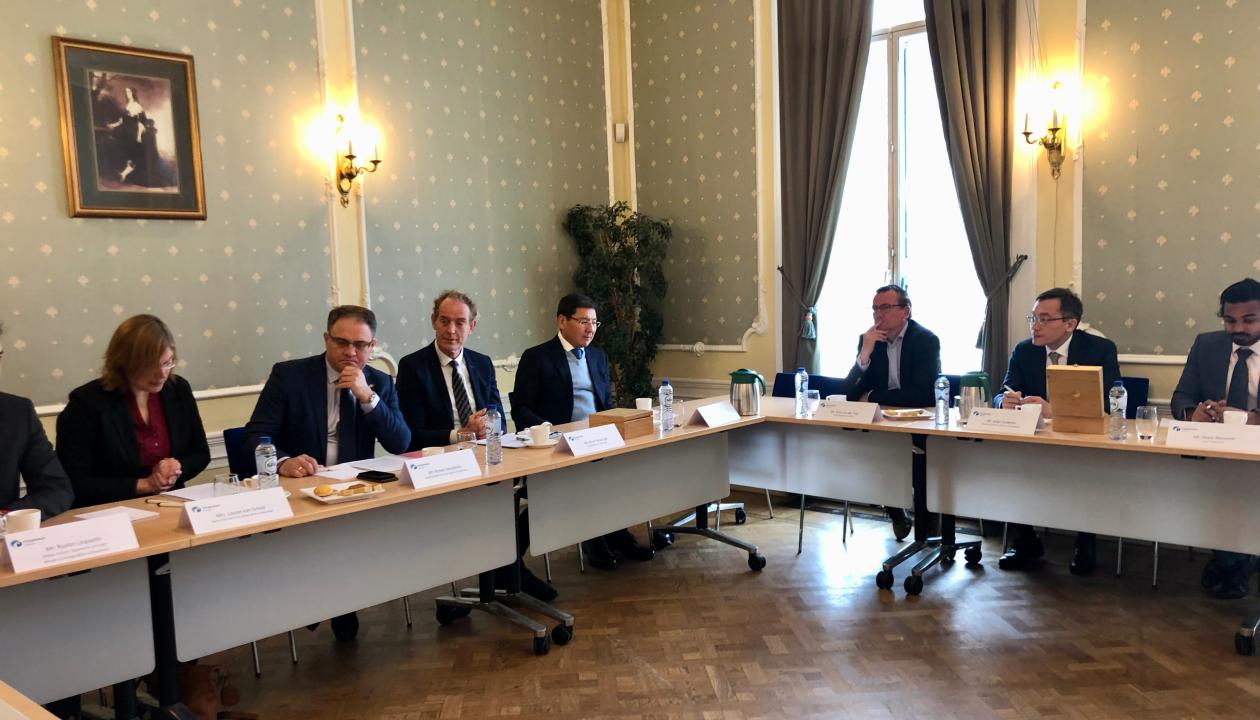 The Dutch diplomats expressed their support for the ongoing reforms.  Emphasizing the importance of respect for human rights and freedom of speech, the Dutch side confirmed its readiness to continue to provide practical assistance in this area.

During the discussion positive dynamics was noted in the field of trade: the trade turnover for 2021 is 4.6 billion dollars, which is 35% more than in 2020 (3.4 billion dollars). Since 2005, direct investment from the Netherlands to Kazakhstan amounted to more than $103.3 billion, making this country the largest foreign investor in the country. 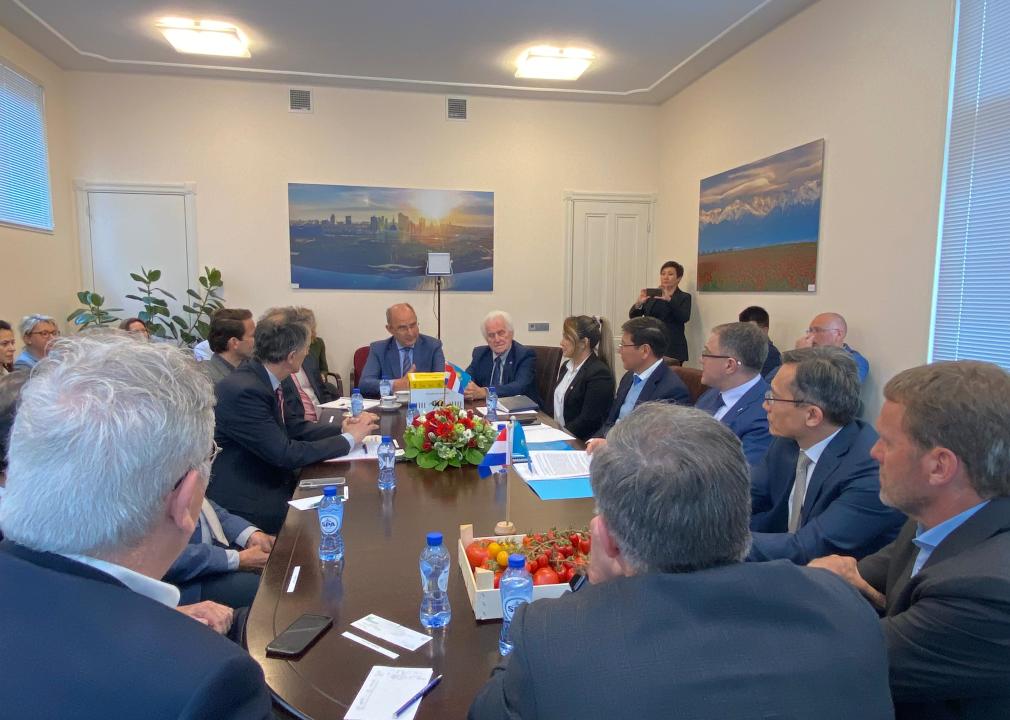 The parties also noted the need to increase mutual trade through the implementation of new joint investments and agricultural projects. The Special Representative of the Ministry of Agriculture, Nature and food quality of the Netherlands F. Vossenaar emphasized the prospects for the development of agriculture in Kazakhstan and noted the need to harmonize bilateral phytosanitary and other requirements for an increase in bilateral trade.

Vassilenko and T.van der Plas also discussed the international community's efforts to end hostilities in Ukraine and provide humanitarian aid to those in need

At the end of the event, the heads of delegations expressed satisfaction with the progressive development of Kazakh-Dutch cooperation and agreed to continue joint work across the entire spectrum of bilateral cooperation, as well as to hold a series of joint events to commemorate the 30th anniversary of the establishment of diplomatic relations between the two countries (September 10, 1992).

During a working visit to the Kingdom of the Netherlands, R. Vassilenko held a meeting with experts from the Netherlands Institute of International Relations Clingendael, during which the parties discussed the prospects for establishing cooperation between the think tanks of the two countries. There was also an exchange of views on issues of the regional and international agenda. 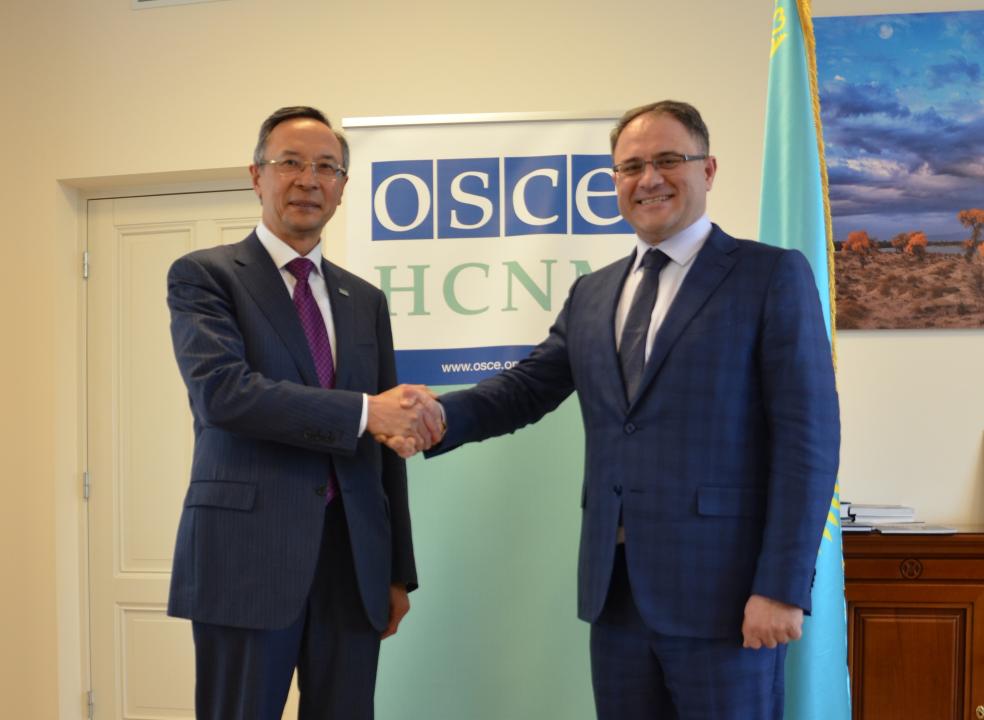 During a meeting with the OSCE High Commissioner for national minorities Kairat Abdrakhmanov, the parties discussed the current situation in the field of interethnic relations in the area of ​​responsibility of the OSCE, as well as the recommendations of the HCNM office on conflict prevention. The High Commissioner confirmed his participation in the VII Congress of Leaders of World and Traditional Religions on September 14-15, 2022 in Nur-Sultan.

At the end of his one-day visit to The Hague, R. Vassilenko took part in a round table with representatives of the Dutch business community. During the meeting they were introduced to the potential of the Kazakhstani market, as well as measures of state support for foreign investors, tax preferences and other aspects of doing business.