During the talks, topical issues on the agenda of the 16th meeting of the IGC, which is scheduled for October 6-7, 2022 in Astana were discussed. As part of the event, the parties intend to give a qualitative impetus and discover new promising areas in the field of energy, agriculture, finance, medicine, transport and logistics, education and science.

In addition, the interlocutors reached an agreement to deepen interaction on the issue of opening direct flights between the countries, as well as the creation of a working group on cargo transportation with the participation of government agencies and national companies of the two countries to unlock the potential of the Trans-Caspian International Transport Route. 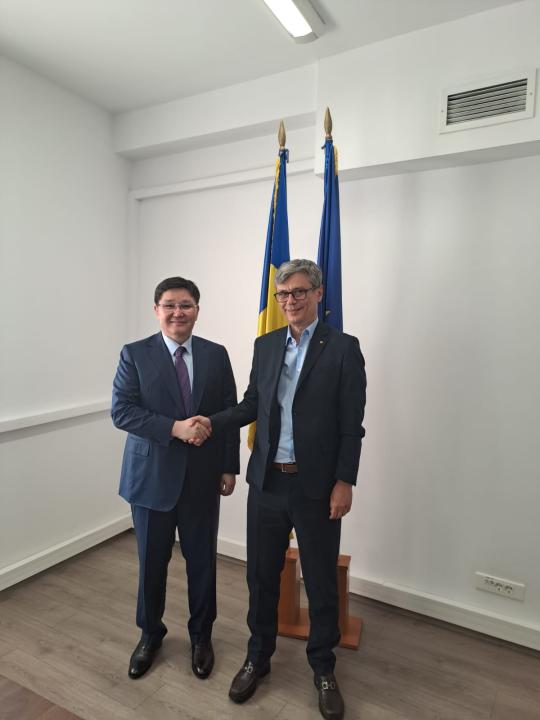 At the same time, a separate topic of negotiations was the discussion of the preparation of the Kazakh-Romanian business forum with the participation of entrepreneurs from the two countries.