The Embassy of Kazakhstan in Romania together with the Middle East Political and Economic Institute and the analytical center “Euro Defense Romania” organized a round table “New Kazakhstan: the Path of Renewal and Modernization”. The event was attended by members of Parliament, Romanian ministerial officials and former foreign ministers, as well as a wide range of representatives of the expert community and the media of the host country, Delovoy Kazakhstan reports. 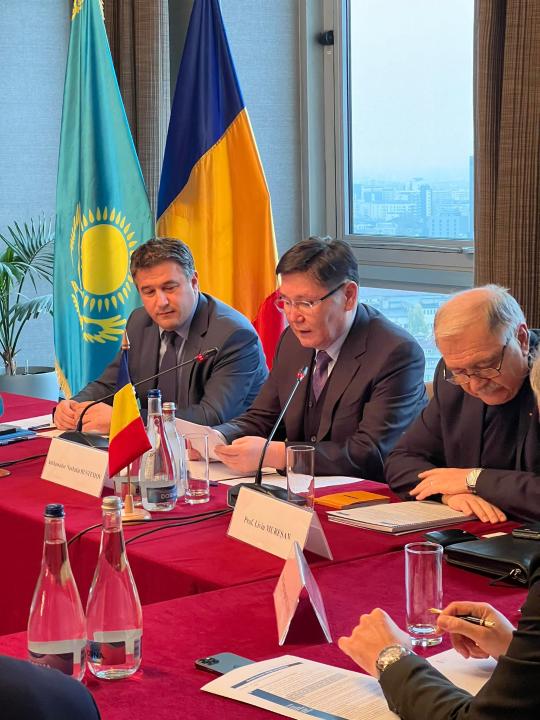 Ambassador Nurbakh Rustemov informed the participants in detail about the preliminary results of the snap presidential election held on November 20 this year, and the victory of Kassym-Jomart Tokayev, as well as the intention of the leadership of Kazakhstan to continue the effective implementation of major political and socio-economic reforms. In particular, it was emphasized that the results of the presidential election confirmed the broad support for important reforms for the country and gave the newly elected president a new mandate to continue building a “Just Kazakhstan”. 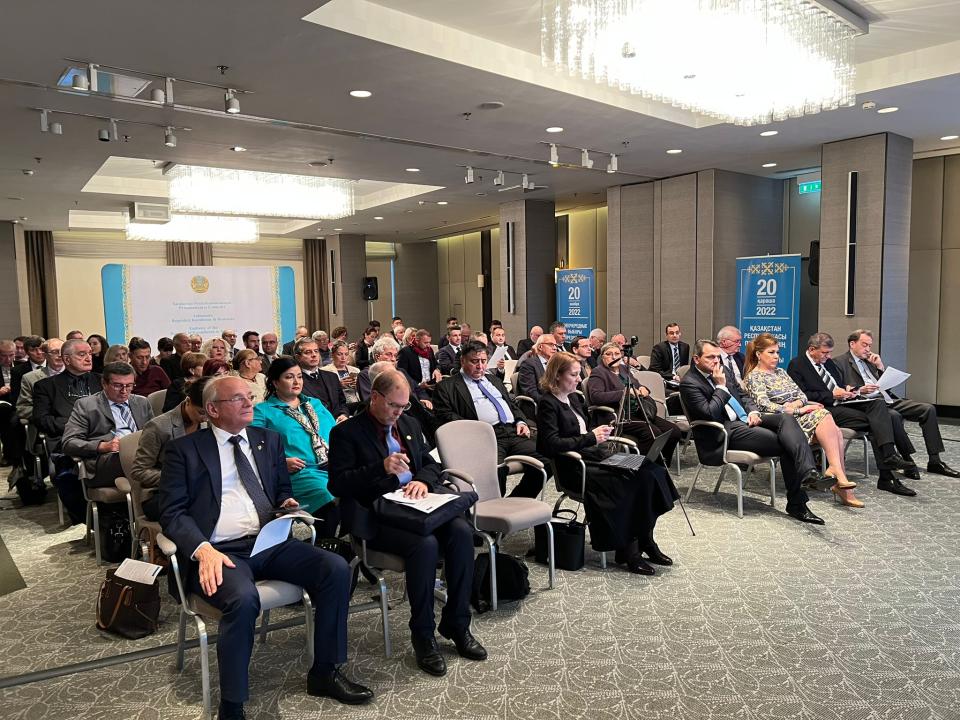 For their part, Romanian experts congratulated K. Tokayev, whose convincing victory will continue a major transformation in the country, aimed at the political reboot and improving the well-being of our country's population. 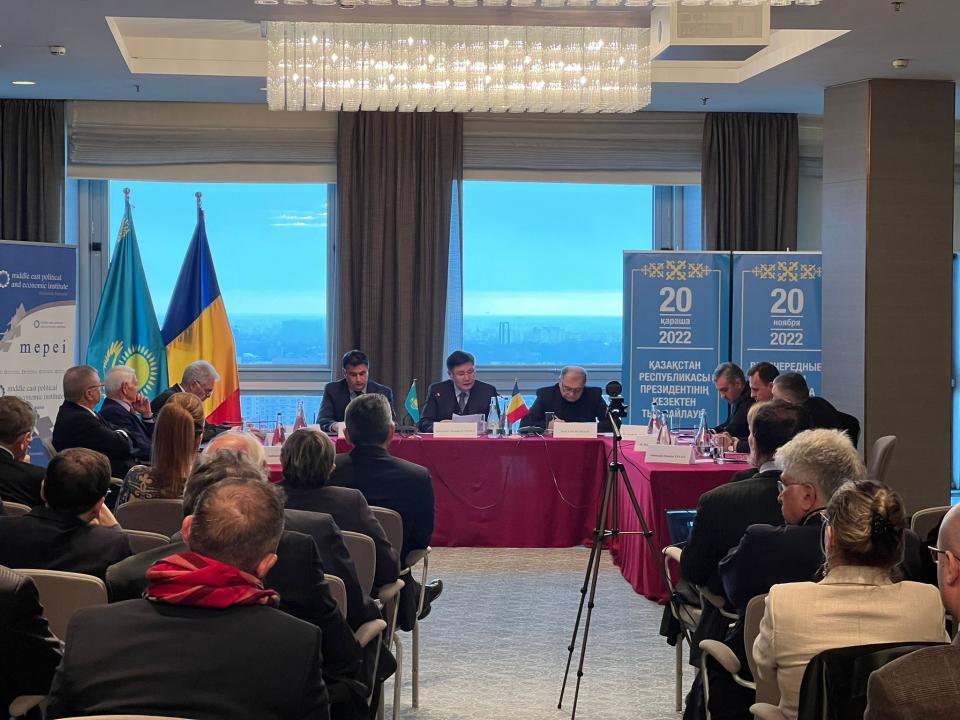 Thus, a member of the Romanian Parliament, Radu-Iulian Molnar, noted that despite the current situation in the international arena, Kazakhstan remains an island of stability and prosperity.

“Thanks to the reforms and modernization initiated by President Tokayev, Kazakhstan will be reborn as an even stronger state” Radu-Iulian Molnar

At the same time, the Romanian deputy spoke positively about the concept of the “Listening State” which is already bearing fruit in the development of society and political processes. 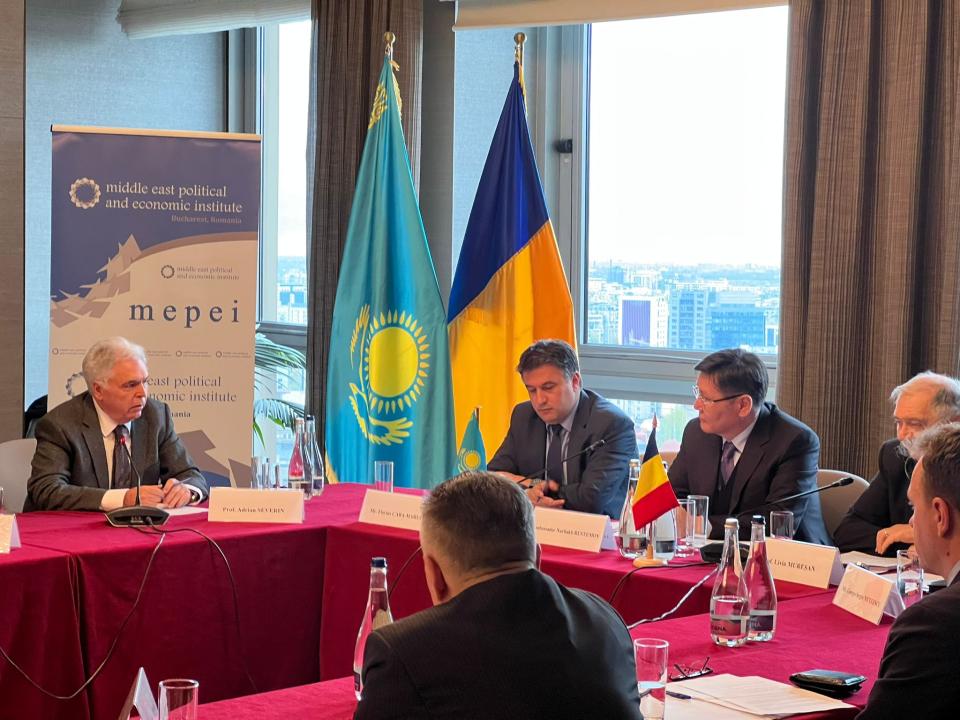 Former Romanian Foreign Minister Adrian Severin noted that Kazakhstan is known for its political initiatives and the entire democratic world is closely watching the ongoing transformation. In his view, Astana is the most important player in Central Asia and through reforms can become the engine of transformation in the entire region. 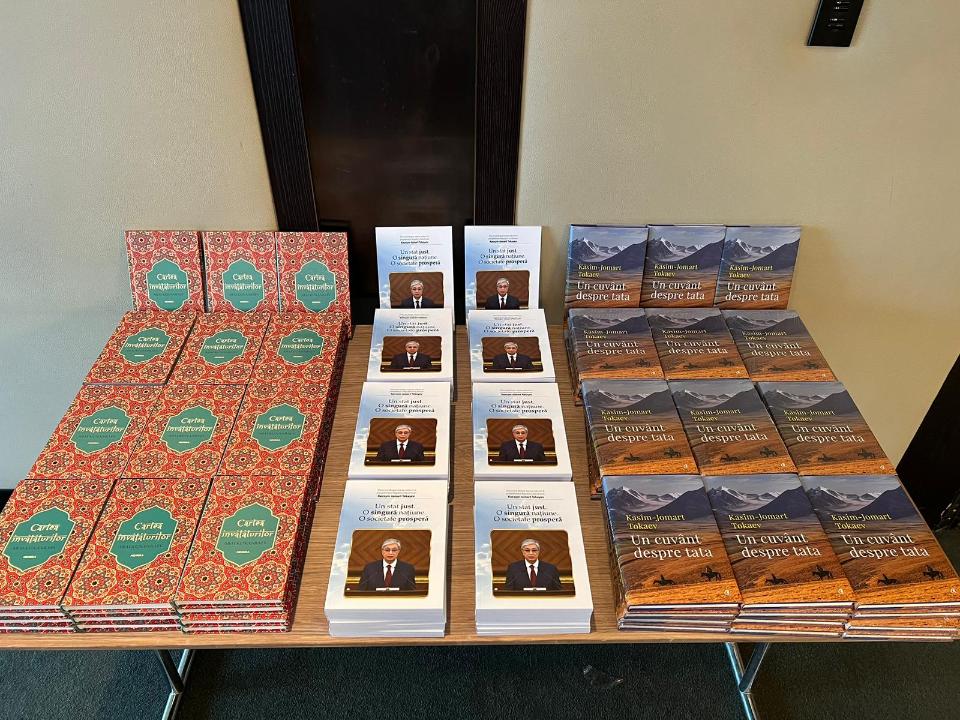 At the same time, former Minister of Foreign Affairs of Romania Teodor Meleskanu drew attention to the high brand recognition - Kazakhstan, as well as Astana as a modern metropolis with developed infrastructure and the center of major international forums.

In turn, the State Secretary of the Ministry of Energy, George-Sergiu Niculescu, noted that after the elections, Kazakhstan will remain an important trade and economic partner of Romania.

“Our country supports Kazakhstan's initiatives, led by K. Tokayev, to implement the transition to a green economy and decorbonization” George-Sergiu Niculescu

The head of the Middle East Political and Economic Institute, Flavius Kaba-Maria, noted that Tokayev has long had great authority in the international arena, and his confident victory in the last election is evidence of his support from the population and political circles. In reforming the country, the President successfully combines generally recognized democratic values with the local specifics of the region. Kazakhstan has already become a successful international platform for mediation and dialogue and has gained recognition as a peacemaker.

“His victory will bring progress and prosperity to the country, because he has vast experience in international politics and a pragmatic view to fully serve his people, while a strong Kazakhstan will bring only the best to the international community” Dumitru Tanase

Former Romanian Ambassador to Kazakhstan Emil Rapcea emphasized that after gaining independence the leadership of Kazakhstan has shown wisdom and dedication in building and consolidating the nation, and today the way passed continues with large-scale modernization, carried out by the newly elected President.

At closing of the evening, guests were presented with the books translated into Romanian by the Great Abay “Words of Exhortation”, President K. Tokayev “Word about the father” and the Message to the people of Kazakhstan “A fair state. One nation. Prosperous society”.