The XI International Congress of Birimzhanov is passed

The XI International Birimzhanov Congress, organized by the Faculty of Chemistry and Chemical Technologies, is being held at the Al-Farabi Kazakh National University. The large-scale event is dedicated to the 30th anniversary of the Independence of the Republic of Kazakhstan and the 110th anniversary of the birth of the Corresponding Member of the Academy of Sciences of the Kazakh SSR, Honored Scientist of the Kazakh SSR Batyrbek Akhmetovich Birimzhanov. 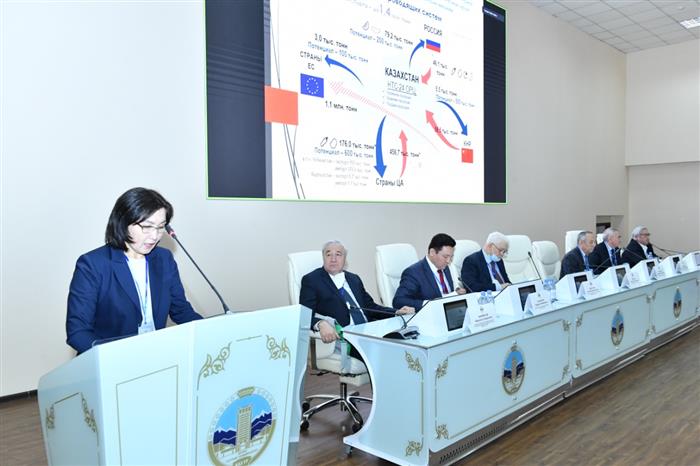 The Chairman of the Board - Rector of KazNU named after Al-Farabi Zhanseit Tuymebaev made a congratulatory speech. In his speech, the head of the university noted that independence is an invaluable value. “Under the leadership of the First President of the country - Elbasy Nursultan Nazarbayev, the people of Kazakhstan laid a strategic foundation for the formation of Mangilik El, embarked on the path of economic growth and spiritual development, and the President of the Republic of Kazakhstan Kassymzhomart Tokayev took up the baton, continuing the course of building a strong economy based on advanced knowledge and science, - emphasized the head of the university.

He also noted that Batyrbek Birimzhanov occupies a special place in the galaxy of famous scientists who stood at the origins of the chemical science of Kazakhstan. An outstanding figure for 26 years worked as a dean at the Faculty of Chemistry of the country's leading university. Over the years, he made a significant contribution to the development of the country's chemical science and the training of specialists. With his support, new scientific directions were developed, which have not lost their relevance to this day. At the same time, a whole team of researchers and teachers was formed, which today have become the pride of the country. 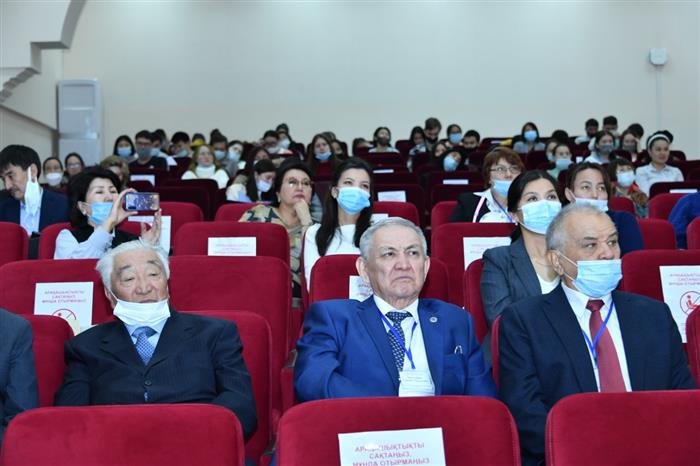 “Today the International Birimzhanov Congress has become a unique, powerful intellectual platform that combines the capabilities and interests of scientists and representatives of the national industry in the field of chemistry and chemical technologies,” The rector of the university

Also at the opening of the congress, a speech was made by the President of the National Academy of Sciences of the Republic of Kazakhstan, academician Murat Zhurinov. “The Faculty of Chemistry and Chemical Technologies of the Al-Farabi Kazakh National University occupies a leading place in the National Rating of educational programs in the field of chemical engineering. Today he makes a significant contribution to the promotion of KazNU in the world rankings. Strong traditions and scientific schools that developed in the middle of the last century allowed the faculty to become one of the three best universities in the former USSR after Lomonosov Moscow State University and A. Zhdanov St. Petersburg State University. This is the merit of the scientist Batyrbek Birimzhanov, who devoted his entire adult life to serving the Faculty of Chemistry. We pin great hopes on the results of the main congress on the chemical-technological profile, named after the great scientist, ”the letter says. 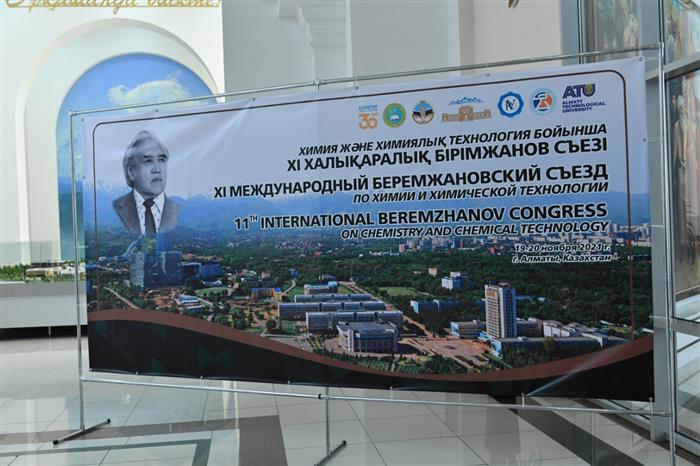 Deputy Chairman of the Science Committee of the Ministry of Education and Science of the Republic of Kazakhstan Duman Orynbekov joined the online meeting, noting that the congress is an important event in the scientific and practical life of Kazakhstan. He noted: “The contribution of the faculty to the science of Kazakhstan is significant. Most of the publications in high-ranking journals indexed in the Sciense and Scopus databases belong to the KazNU chemists. We also know that the team of the Faculty of Chemistry and Chemical Technology makes a great contribution to the commercialization of scientific results. Therefore, it is no coincidence that such an important event is being held here, ”he said, expressing confidence that the meeting will contribute to the effective solution of social and general economic problems of the country.

The plenary session was also attended by: Chairperson of the Science Committee of the Ministry of Education and Science of the Republic of Kazakhstan Zh.Kurmangaliyeva, President of the National Academy of Sciences of the Republic of Kazakhstan, Academician M. Zhurinov, Chief Researcher of the Institute of High Technologies of the National Atomic Company Kazatomprom, son of scientist B. Birimzhanov, Scientific Director of the Institute of Combustion Problems , Academician of NAS RK Z. Mansurov, General Director of RSE "National Center for Integrated Processing of Mineral Raw Materials of the Republic of Kazakhstan", Academician of NAS RK A. Zharmenov and other famous scientists who spoke about the latest discoveries in the field of nanoscience and nanotechnology, focused on production.

In their speeches, leading scientists-chemists of Kazakhstan, foreign experts carried out a wide analysis of modern trends in the development of education, science and chemical technologies.

The work of the congress continued with breakout sessions in the following areas: "Modern approaches to the processing of mineral and technogenic raw materials", "Fundamental and applied materials science", "Organic synthesis, processing of plant and hydrocarbon raw materials", "Trends in modern chemical education", "Modern chemical analysis in industry and ecology "," Development of food production technologies in Kazakhstan ".

The international event has been held in memory of the outstanding scientist since 1996. Traditionally, the Forum hosts the International Olympiad in Electrical Engineering Materials Science and training seminars in analytical chemistry for representatives of the manufacturing sector.