Ambassador Extraordinary and Plenipotentiary of the Republic of Kazakhstan to Turkmenistan Askar Tazhibayev presented his credentials to the President of Turkmenistan Serdar Berdimuhamedov, Delovoy Kazakhstan reports.

Following the official ceremony during the conversation, the parties noted with satisfaction the high level of Kazakh-Turkmen relations. Topical issues of bilateral cooperation in the political, trade, economic, cultural and humanitarian spheres were discussed.

Particular attention was paid to the implementation of the agreements reached following the state visit of the President of the Republic of Kazakhstan Kassym-Jomart Tokayev to Ashgabat, as well as the meeting of the leaders of the two countries on the sidelines of the Third Consultative Meeting of the Heads of State of Central Asia. 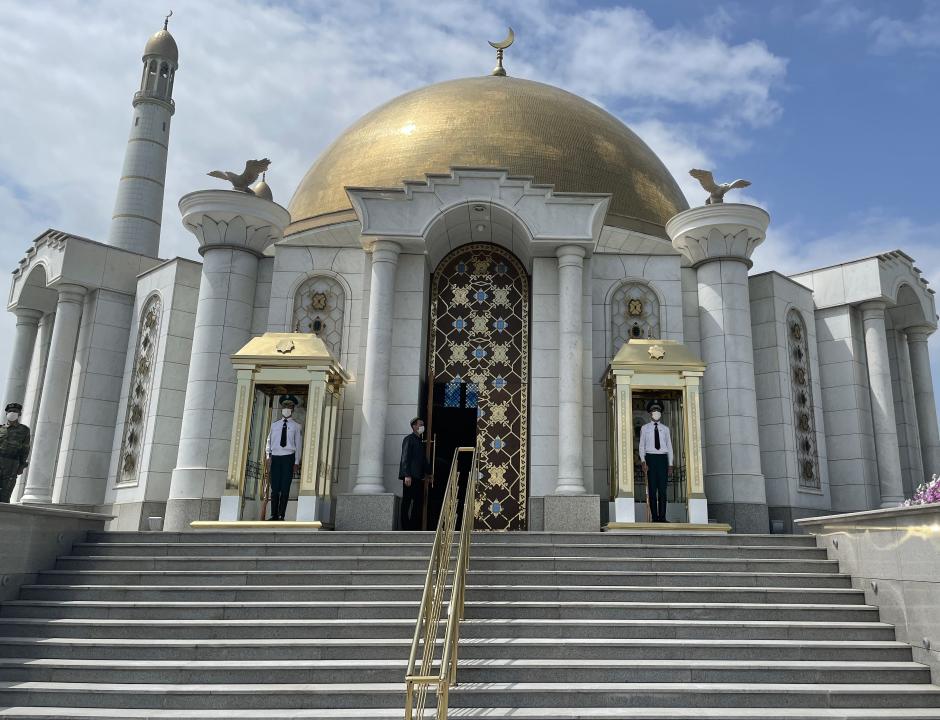 The parties also stressed that our states were important strategic partners, which was confirmed by the solid regulatory legal framework of bilateral relations, as well as the successful activities of the joint Intergovernmental Kazakh-Turkmen Commission on economic, scientific, technical and cultural cooperation.

The Ambassador presented Berdimuhamedov with an invitation on behalf of the President of the Republic of Kazakhstan Tokayev to take part in the Summit of the Conference on Interaction and Confidence Building Measures in Asia to be held on October 12-13, 2022 in the city of Nur-Sultan. The invitation was gratefully accepted by the head of Turkmenistan. 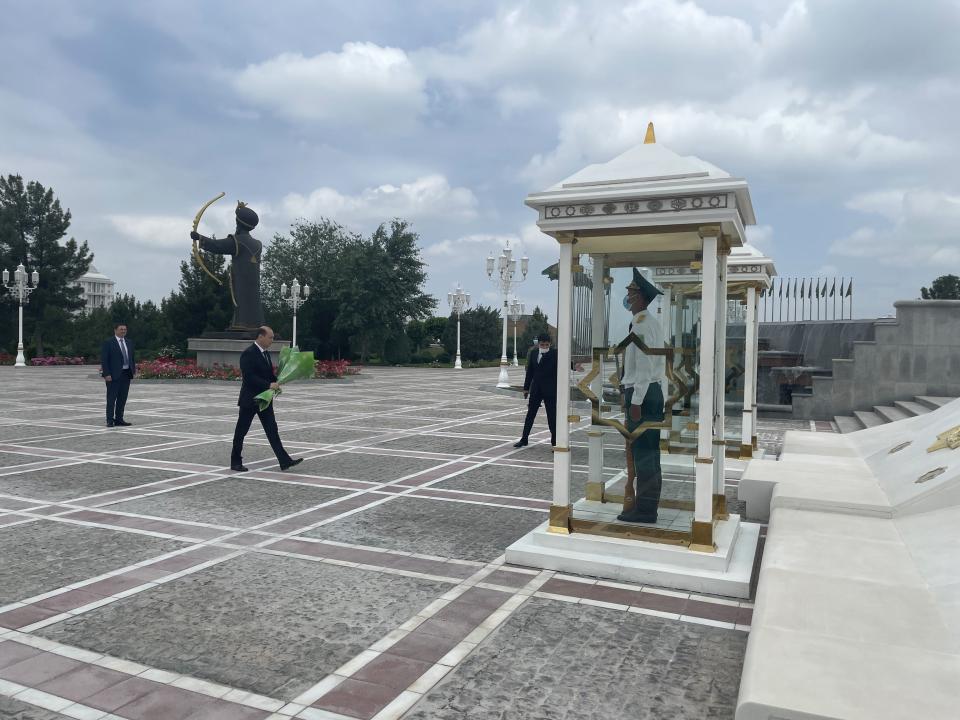 Following the meeting, Tazhibayev visited the Mausoleum of the first President of Turkmenistan Saparmurat Niyazov and the mosque Turkmenbashynin Ruhy Metjidi (The Mosque of the Spirit of Turkmenbashi), located in the village of Kipchak in the suburbs of the capital. In the mausoleum, the kazakh diplomat laid a wreath at the monument erected in memory of the mother and two brothers of Niyazov, who died during the earthquake in Ashgabat in 1948.

Having paid tribute to the memory of the first president of Turkmenistan, Tazhibaev laid a wreath at the Monument of Independence of Turkmenistan in downtown Ashgabat.