For the first time in the history of Kazakh diplomacy, Kazakhstan and Luxembourg held inter-ministerial consultations. On the eve of the 30th anniversary of the establishment of diplomatic relations between Kazakhstan and Luxembourg, Mr. Olzhas Suleimenov, Director of the Europe Department of the Foreign Ministry of Kazakhstan, took part in consultations between the foreign ministries of the two countries. The Luxembourg delegation at the talks was led by Ms. Veronika Dockendorf, Director of the Political Department of the Ministry of Foreign and European Affairs of Luxembourg, Delovoy Kazakhstan reports.

During consultations, sides compared notes on a wide range of bilateral issues of mutual interest. Particular attention was paid to discussing the further strengthening of cooperation between Nur-Sultan and Luxembourg within the UN, the OSCE, and other international organizations as well as through interaction with the European Union.

Kazakhstan’s diplomat informed the Luxembourger's side about the ongoing major political and socio-economic reforms in the country, the upcoming constitutional referendum initiated by President Kassym-Jomart Tokayev and aimed at building a "New Kazakhstan," as well as strengthening the role of the Parliament. In this context, the parties have also agreed to contribute fully to establishing an inter-parliamentary dialogue between the two countries.

Luxembourg's side expressed support for the ongoing reforms and, emphasizing the importance of the development of civil society, respect for human rights, and freedom of speech, confirmed its readiness to continue to provide practical assistance in this area.

The parties also stressed the need to increase bilateral trade by implementing new projects in the fields of finance, high technology, space industry, digitalization, and green energy, where Luxembourg is recognized as one of the world leaders. 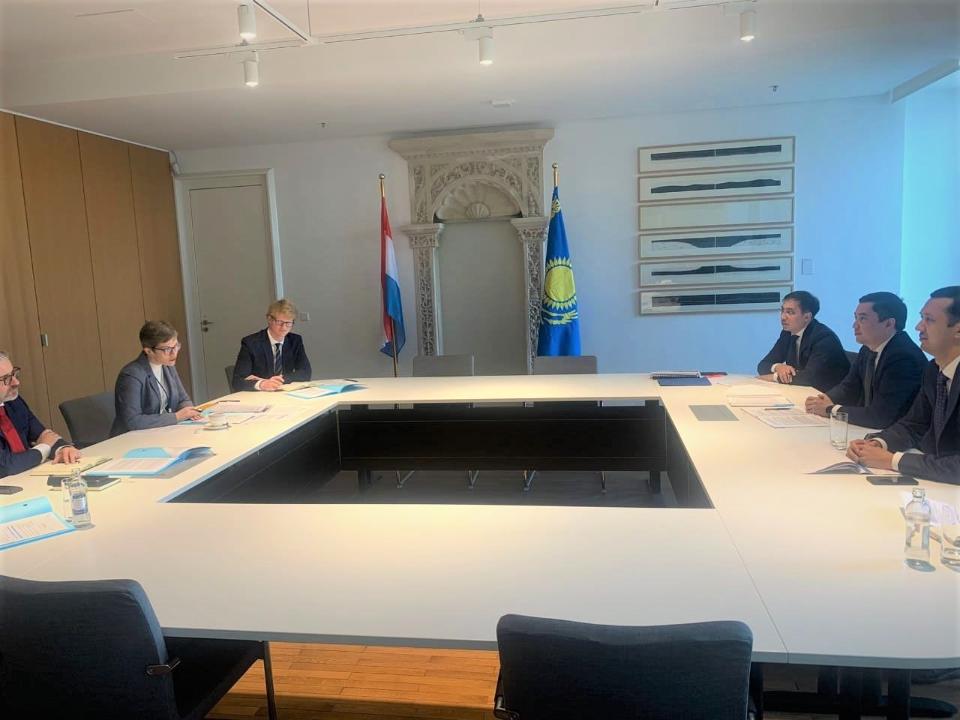 Mr. Suleimenov and Ms. Dockendorf discussed efforts of the international community to stop military operations in Ukraine and provide humanitarian assistance to those in need.

At the end of the event, Heads of Delegations expressed satisfaction with the progressive development of Kazakh- Luxembourger cooperation and agreed to continue joint work across the spectrum of bilateral interaction as well as to hold a series of joint events to coincide with the 30th anniversary of diplomatic relations between two countries (June 29, 1992).

Luxembourg ranks first in the world in terms of GDP per capita (122,740 US dollars according to the World bank). The unemployment rate in Luxembourg has been considered the lowest in Europe for 40 years. Luxembourg ranks third in the list of countries with the most efficient business. Luxembourg is one of the world's largest financial and business centers. The headquarters of the European Investment Bank is located here, and 150 other banks also operate in the country.

On June 29, Kazakhstan and Luxembourg will celebrate the 30th anniversary of the establishment of diplomatic relations. During this period, the countries have made significant steps toward expanding and strengthening bilateral cooperation.