Briefing on reforms and referendum in Kazakhstan held for African countries

Ambassador of Kazakhstan to Ethiopia, Permanent Representative of the Republic of Kazakhstan to the African Union Barlybay Sadykov held a briefing to explain the reforms in Kazakhstan, including the upcoming republican referendum on amendments to the Constitution of the country, Delovoy Kazakhstan reports.

Ambassador B.Sadykov in his speech spoke about the large-scale political and economic reforms carried out by the President of Kazakhstan Kassym-Jomart Tokayev aimed at building a New Kazakhstan, announced in the Presidential Address on March 16 this year. It was noted that the ongoing reforms are aimed at decentralizing power, strengthening democratic institutions, the principles of the rule of law, the development of the civil sector and the creation of a just society. 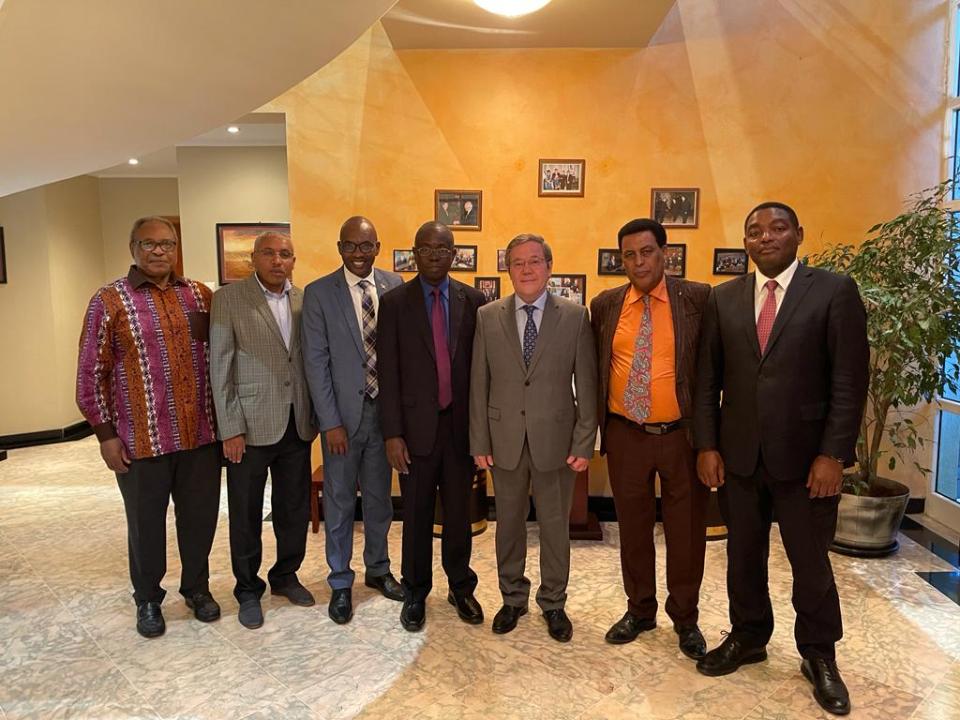 The ambassadors of African countries were also informed about the holding of a whole nation referendum in Kazakhstan on June 5 this year on making significant changes to the Constitution of the country, providing for limiting the powers of the President and strengthening the role of Parliament, granting more powers to regional and local authorities, and strengthening human rights protection mechanisms.

In addition, on the eve of the 30th anniversary of the Diplomatic Service of Kazakhstan, B. Sadykov informed the participants about the main approaches of Kazakhstan's foreign policy and told about the main internationally recognized initiatives of Kazakhstan to hold this year's CICA Summit and the 7th Congress of Leaders of World and Traditional Religions.

Following the Briefing, representatives of African countries highly appreciated the measures taken in Kazakhstan to modernize the political, socio-economic systems, and wished success in building a New Kazakhstan.