President of Kazakhstan Kassym-Jomart Tokayev arrived in the United Arab Emirates to personally express his condolences to the newly elected President, the Ruler of Abu Dhabi, Sheikh Mohamed bin Zayed Al Nahyan, members of the Royal family and the people of the Emirates in connection with the passing of President Sheikh Khalifa bin Zayed Al Nahyan. The two leaders met at the Qasr Al Mushrif Palace in Abu Dhabi, Delovoy Kazakhstan reports. 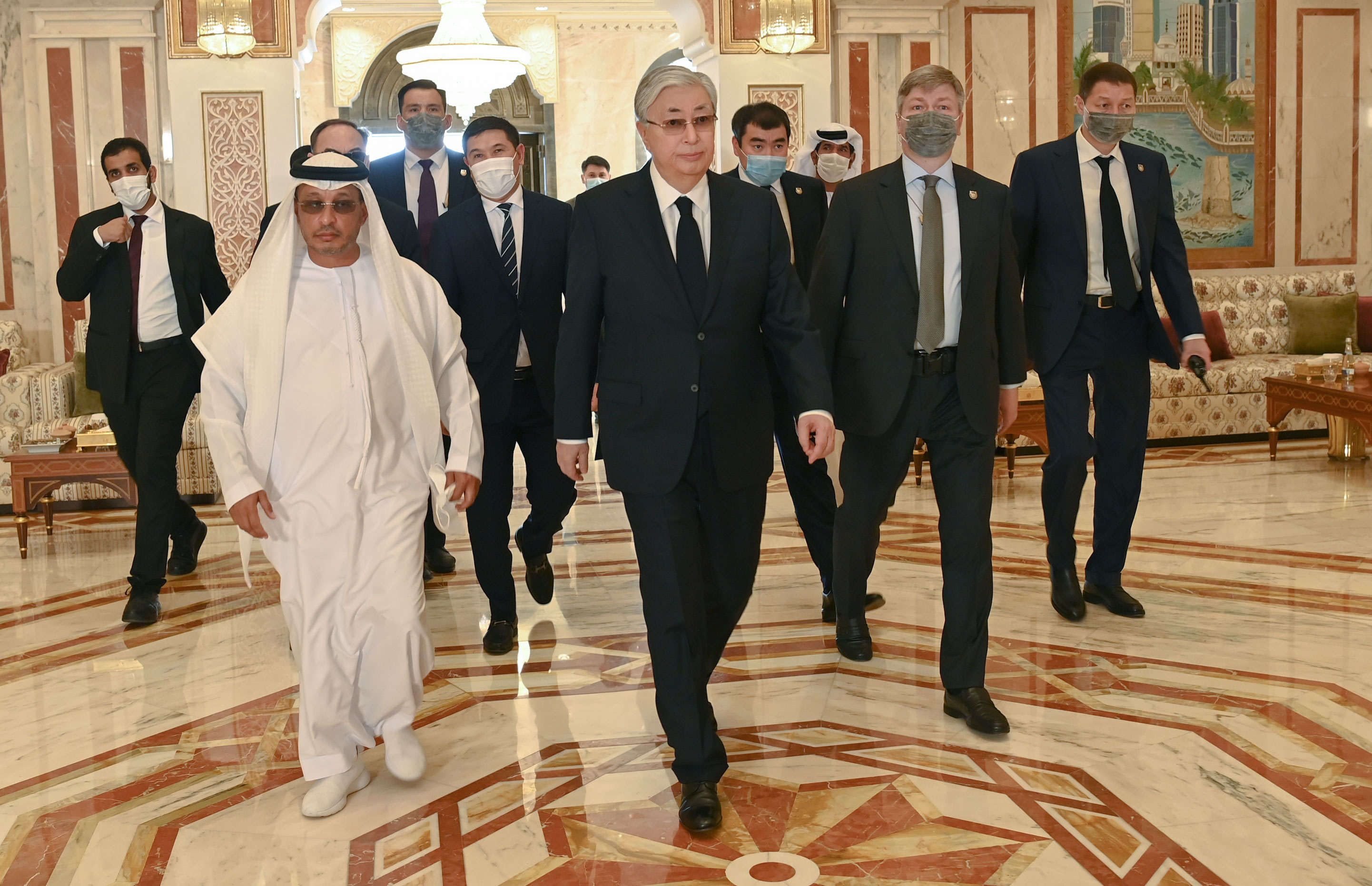 The Head of State, on behalf of the people of Kazakhstan and on his own behalf, expressed condolences and noted the outstanding contribution of Sheikh Khalifa to the state.

“Many impressive achievements of the Emirates, both domestically and internationally, are associated with his name. Under his prudent leadership, the UAE has become a strong advocate of peace and stability in the Middle East, as well as a role model of rapid economic growth and social development across the Arab world. Therefore, we perceive his passing as a huge loss not only to the United Arab Emirates, but to the entire world community,” President Tokayev said. 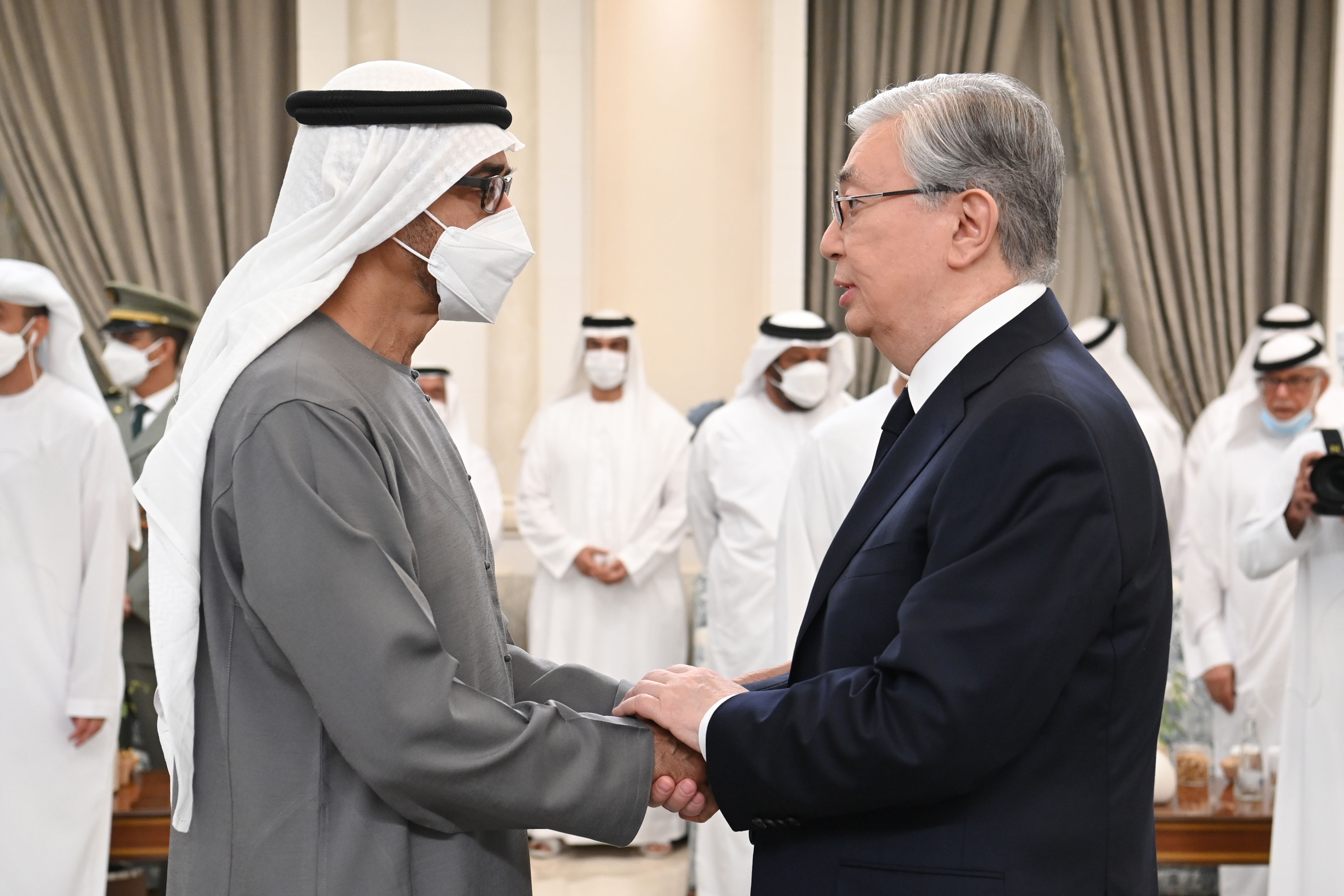 During the meeting, President Tokayev congratulated Sheikh Mohamed bin Zayed Al Nahayan on his election as President of the UAE and expressed confidence that under his wise leadership the Emirates will continue to prosper.

In turn, the UAE President expressed his gratitude to the leader of Kazakhstan for the visit and his personal support at this difficult time, and warmly thanked for the plan to name a street in the Kazakh capital in honour of Sheikh Khalifa.

In conclusion, Kassym-Jomart Tokayev reiterated his invitation to the UAE President to pay a visit to Kazakhstan. 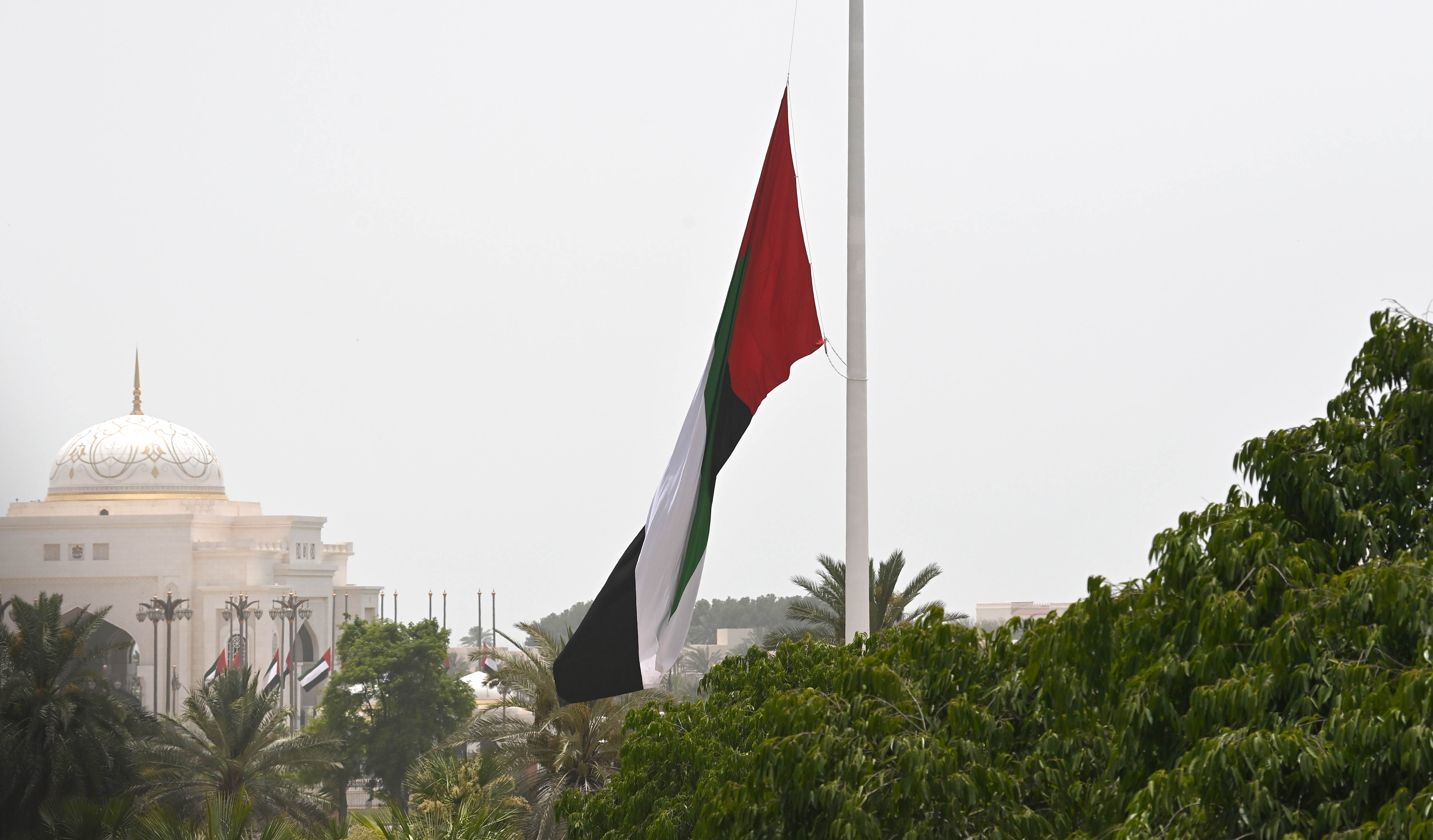