Deputy of the Senate of the Parliament of the Republic of Kazakhstan Nurlan Beknazarov met with residents and Akim of Karatau district of the metropolis during his visit to Shymkent city. At the meeting the Senator considered appeals of citizens living in settlements newly joined to Karatau district, Delovoy Kazakhstan reports.

The deputy familiarized with the progress of works on construction of electricity, gas and lighting of houses in Kainarbulak settlement, and gave specific recommendations for the improvement of infrastructure to representatives of the relevant authorities, and took these issues under personal control. 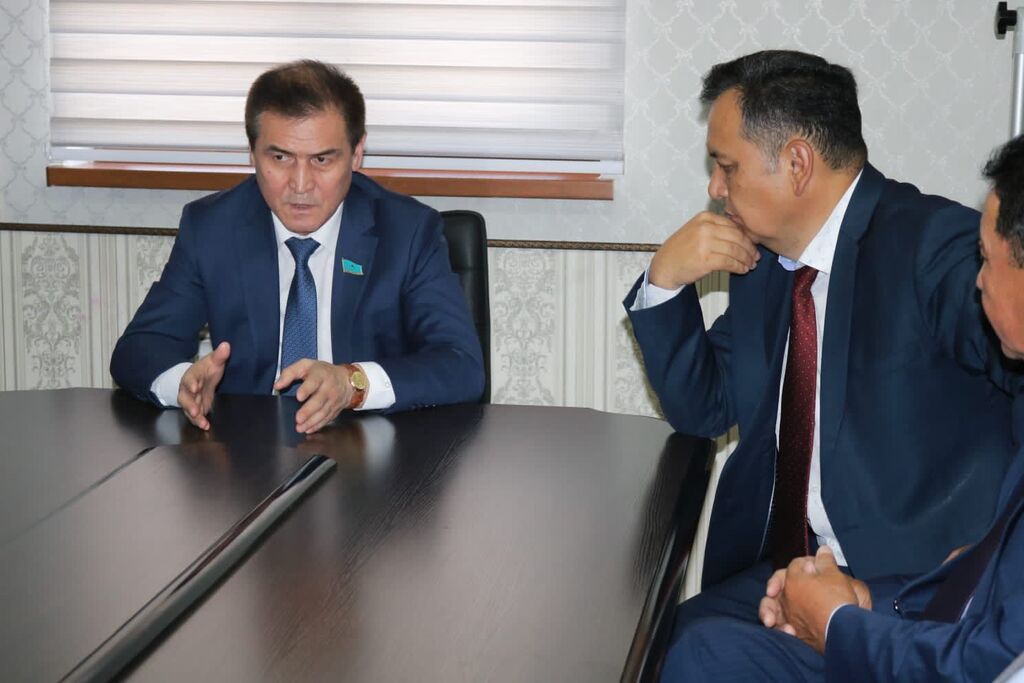 Along with that, Senator Beknazarov discussed with the participants of the meeting the issues related to reforms and noted that the amendments to the Constitution of the country provide for a democratic renewal and significant changes in the development of the new Kazakhstan.

"The Republican Referendum, which will be held on June 5, will give an impetus to the development of the new Kazakhstan. On this day our citizens will determine the course of development of our country for the coming period by their decision," said Senator Nurlan Beknazarov.