Deputy Prime Minister - Minister of Foreign Affairs of the Republic of Kazakhstan Mukhtar Tileuberdi held a meeting with Ambassador of Canada Alan Hamson, who started his mission in Kazakhstan this year earlier, Delovoy Kazakhstan reports.

During the conversation, the parties discussed the state of and prospects for further strengthening the political dialogue, trade and economic cooperation. The interlocutors exchanged views on concrete proposals to intensify the exchange of visits at various levels, as well as to promote the mechanisms of Kazakh-Canadian cooperation and expand the bilateral legal framework. 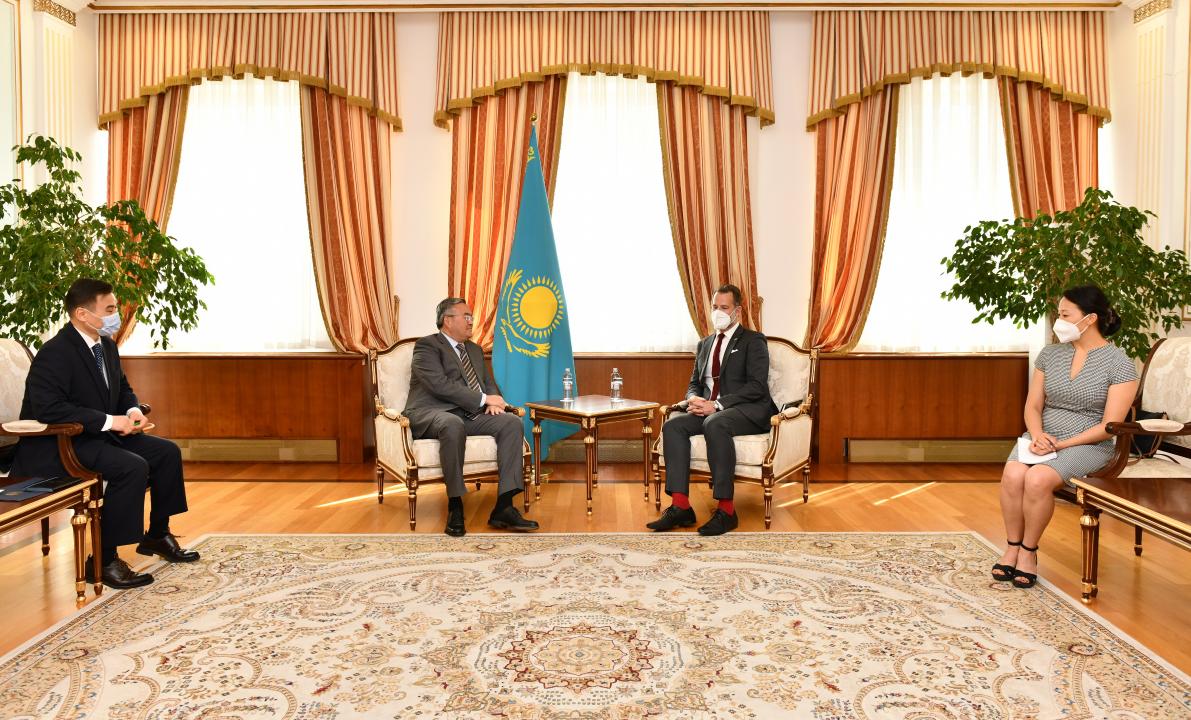 In his turn, the Ambassador of Canada informed over the plans of work for the coming period, noting the Kazakh side’s constant support for the initiatives of the Canadian diplomatic mission.

Currently, Kazakhstan provides a visa-free regime to Canadian citizens who wish to visit our country, which contributes to the growth of mutual trade and investment. Canada is one of the top 15 foreign investors in Kazakhstan with the total investment of more than 6 billion U.S. dollars.

The Minister noted the desire to study and the knowledge of the Kazakh language by Ambassador Hamson.