Kazakhstan delegation led by First Deputy Minister of Foreign Affairs Akan Rakhmetullin took part in the Tenth Review Conference of the Treaty on the Non-Proliferation of Nuclear Weapons (NPT), which takes place from August 1 to 26 in New York, USA, Delovoy Kazakhstan reports.

The event is attended by representatives of 133 states and specialized NGOs. The previous 9th NPT Review Conference was held in 2015.

In his speech at the opening of the Conference, the head of the delegation called the NPT the cornerstone of the modern architecture of international security, noting the real contribution of our country to the processes of nuclear disarmament, non–proliferation and the use of atomic energy for peaceful purposes – the three pillars of the Treaty. Rakhmetullin called for strict compliance by States with all these cornerstone principles of the NPT.

The Kazakh delegation stated that the country would continue working to strengthen the nuclear non-proliferation regime during its chairmanship of the First Committee (Disarmament and International Security issues) of the upcoming 77th session of the UN General Assembly. In addition, our country, as the Chairman of the Third Conference of the Treaty on the Prohibition of Nuclear Weapons (TPNW), will make every effort to achieve the universal goal of the total elimination of nuclear weapons. 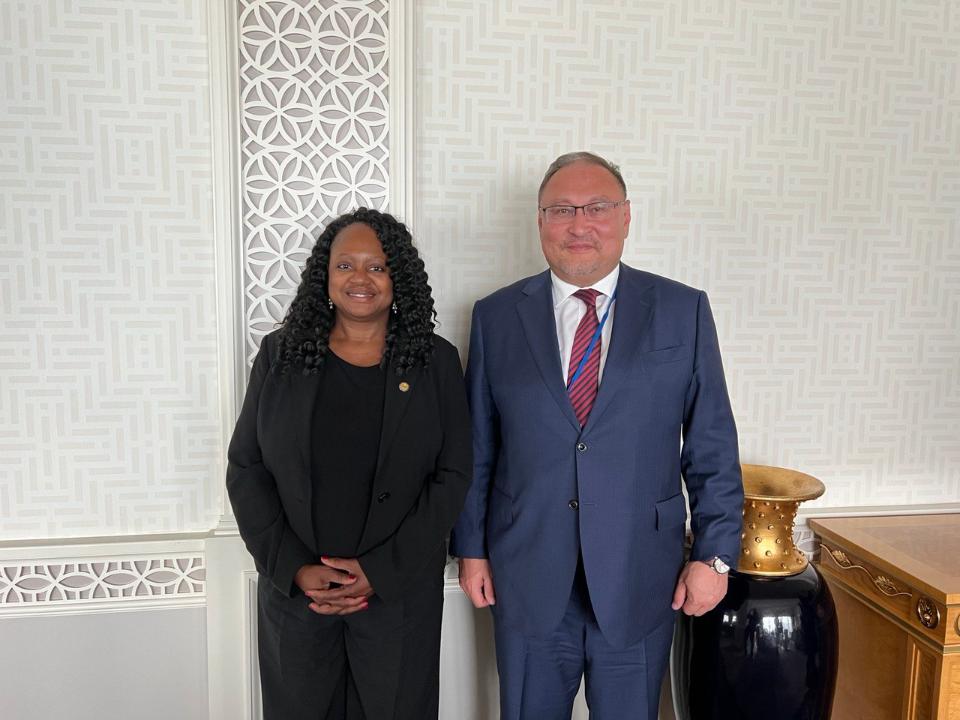 During the plenary session, Rakhmetullin also delivered a statement on behalf of the participating states of the Nuclear-Weapon-Free Zone in Central Asia (CANWFZ), noting the key role of nuclear-weapon-free zones in the non-proliferation of nuclear weapons, and called on the conference participants to support efforts to establish nuclear-weapon-free zones in other regions of the world.

On the sidelines of the conference, the head of the Kazakh delegation held meetings with the USA Under Secretary of State Bonnie Jenkins, Assistant Minister for Trade of Australia, Senator Tim Ayres, Secretary of State of the Ministry of Foreign Affairs and European Integration of Moldova Ruslan Bolbocean, heads of delegations of the member states of the CANWFZ, during which he discussed topical issues in the field of nuclear disarmament and non-proliferation, expansion of cooperation on the peaceful use of atomic energy.

He also took part in the high-level meeting of the Stockholm Initiative on Nuclear Disarmament, during which the participating States exchanged views on establishing a dialogue between nuclear weapon and non-nuclear weapon states, reducing the role of nuclear weapons in security doctrines and policies, as well as complete nuclear disarmament.

The Treaty on the Non-Proliferation of Nuclear Weapons (NPT) was adopted by the UN General Assembly on June 12, 1968 and entered into force on March 5, 1970. To date, 191 countries of the world are its participants. NPT review conferences are held every five years.