At the end of August, TV channels will air a TV version of the Silk Road ballet, which premiered with great success in June this year, Delovoy Kazakhstan reports.

The authors of the project invite the viewer on a journey along the Great Silk Road, where silk acts as a unifying symbol that linked Asian and European civilizations.

In July, on the stage of the capital's theater "Astana Ballet" were filming a screen version of the two-act canvas "Silk Road". Сhoreographer of the project is Mukaram Avakhri, chief choreographer of the theatre, Honored Worker of Kazakhstan, filmmaker is Tahir Aliyev. In the performance, the audience will see the favorite artists of the Astana Ballet Theater: Darina Kairasheva, Ainur Abilgazina, Anar Dukieva, Kalamkas Orynbasarova, Natalia Fernandez-Menes, Ansagan Kobentai, Asel Zhangaskaeva, Sundet Sultanov, Farhad Buriev, Wesley Carvalho, Arthur Edson and others.

“This is not our first experience in the film adaptation of the performance, we have previously filmed a television version of the Sultan Beybars ballet. This is a rather complicated, but at the same time exciting process, the entire creative team gained tremendous experience. Transferring our repertoire to the screen, we first of all want the art of the theater to be accessible to that part of the audience that, for a number of reasons, cannot attend our performances. I would like to cover the residents of every city in Kazakhstan. I think that the TV version of the ballet will help us cope with the task,” says Mukaram Avakhri. 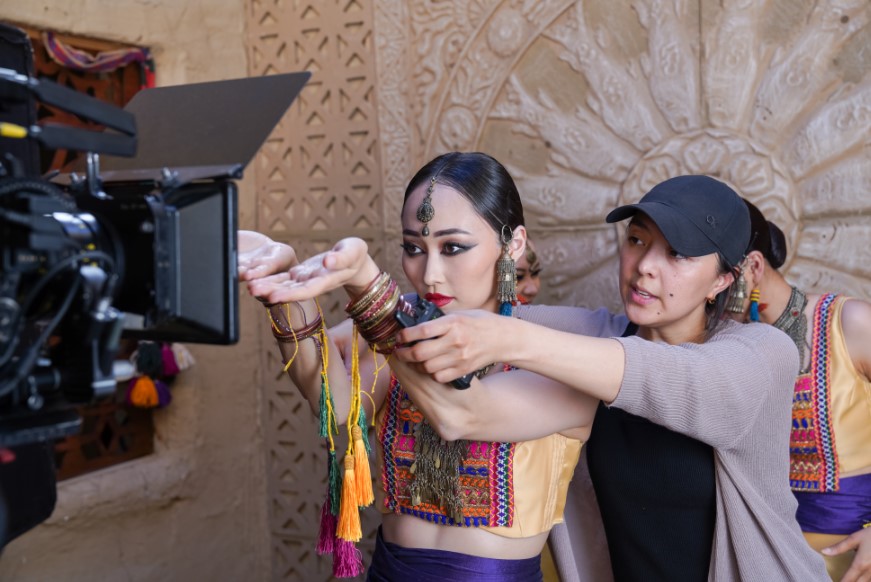 “It was an honor for me to act as the filmmaker of this project, because art is the language of the world. A large creative and technical team is involved in the filming process. About two months were devoted to the TV version of the ballet, including the actual filming and editing. I am extremely happy that we will leave a mark on the Kazakh ballet art. After all, it was very important for me, as a filmmaker, to convey the atmosphere to the viewer so that he could feel different cultures and civilizations, and combine it into one whole work in collaboration with Mukaram, which was amazing and extremely interesting,” Tahir Aliyev added.

Based on the oriental stylization of elements of classical and folk dances, the choreographer created a picture of movement in time with a series of changing images, diverse in style and presentation. The images of the caravan, jade, silk, threads and amphoras are not only expressive and choreographically interesting, but also amazingly “stage”. Music and dance are timeless phenomena, and they make it possible to move freely from one civilization to another. The sequence of paintings and actions contributes to the creation of a mediative mood and immerses the viewer in an endless journey in which ideas and meanings are born at the intersection of cultures. 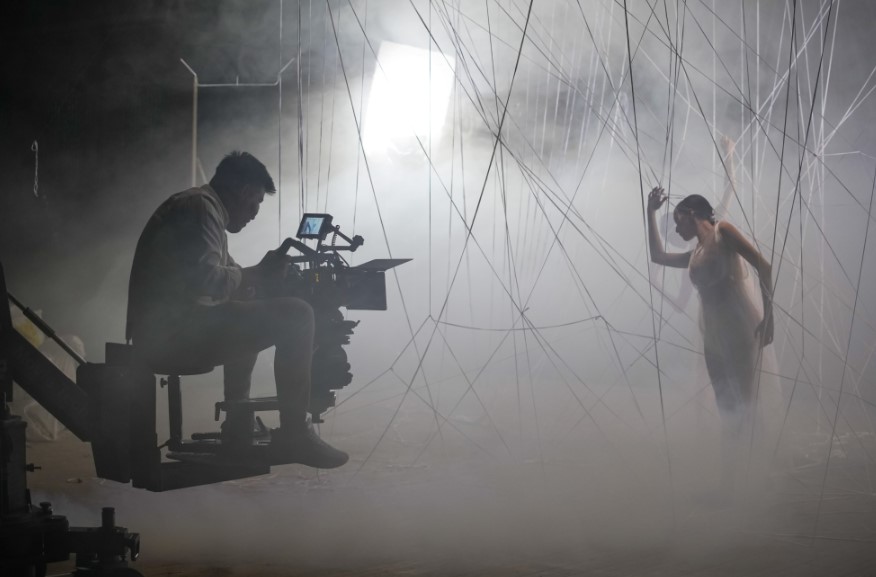 The integrity of the choreographic canvas is facilitated by the scenery, costumes, light and video projections, which organically combine with each other and are closely intertwined with the choreographic component of the performance. Laconic and minimalistic design helps the choreographer convey the endless movement of the path, its inconstancy and variability over time. And expressive oriental motifs, combined with emotional percussive rhythms, allow the audience to easily move from one point of the plastic journey to another.

The idea of ​​staging the ballet is carried out by the Foundation for the Development and Support of Ballet and National Dance with the support of the General Partner - Samruk-Kazyna JSC.