The negotiations were preceded by an official welcoming ceremony of the Pontiff at the presidential palace. After the head of the Honor Guard gave a welcome report, the national anthems of the two countries were played. Kassym-Jomart Tokayev and Pope Francis made a tour of the Guard of Honor. Then bilateral negotiations took place in the East Hall. 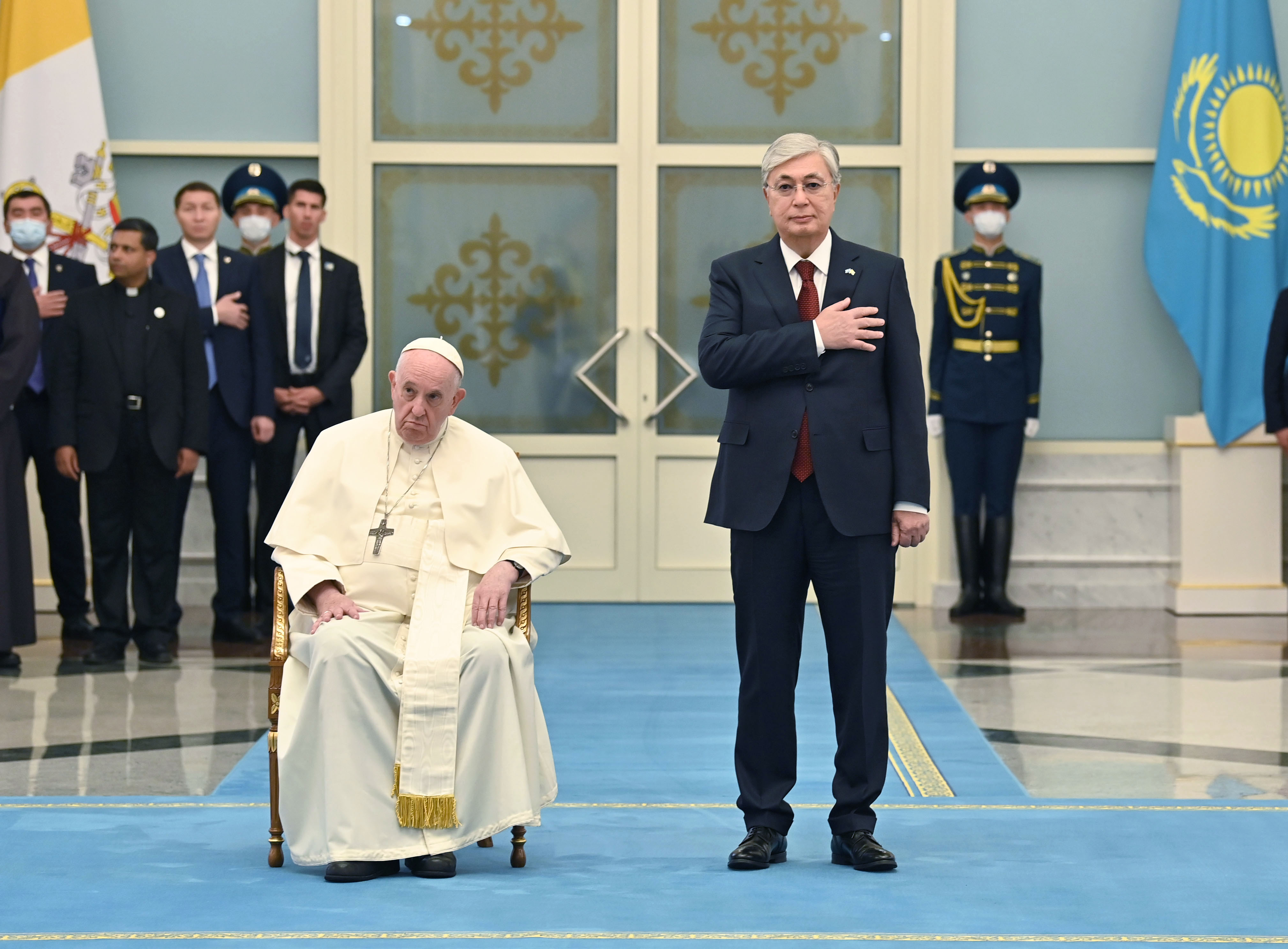 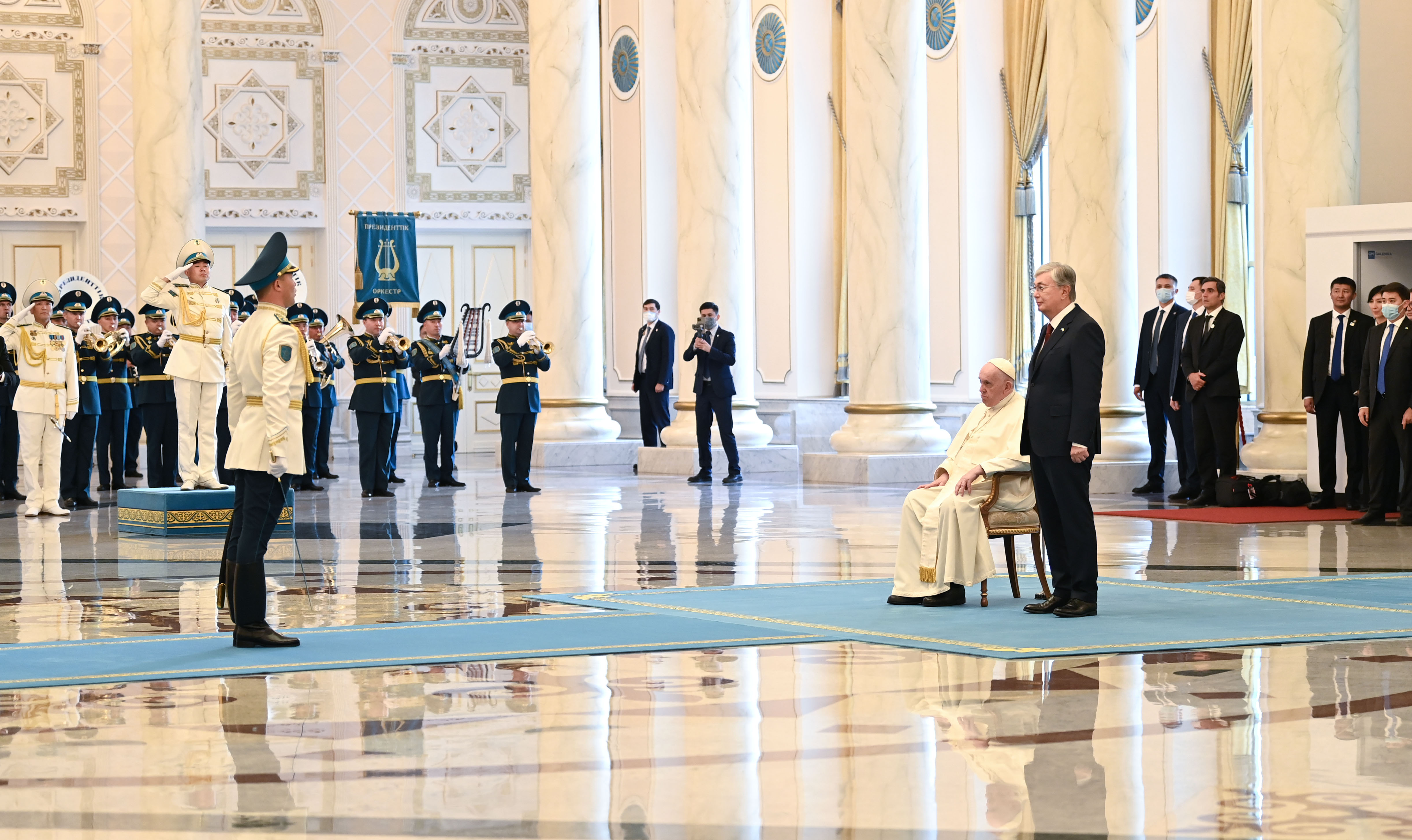 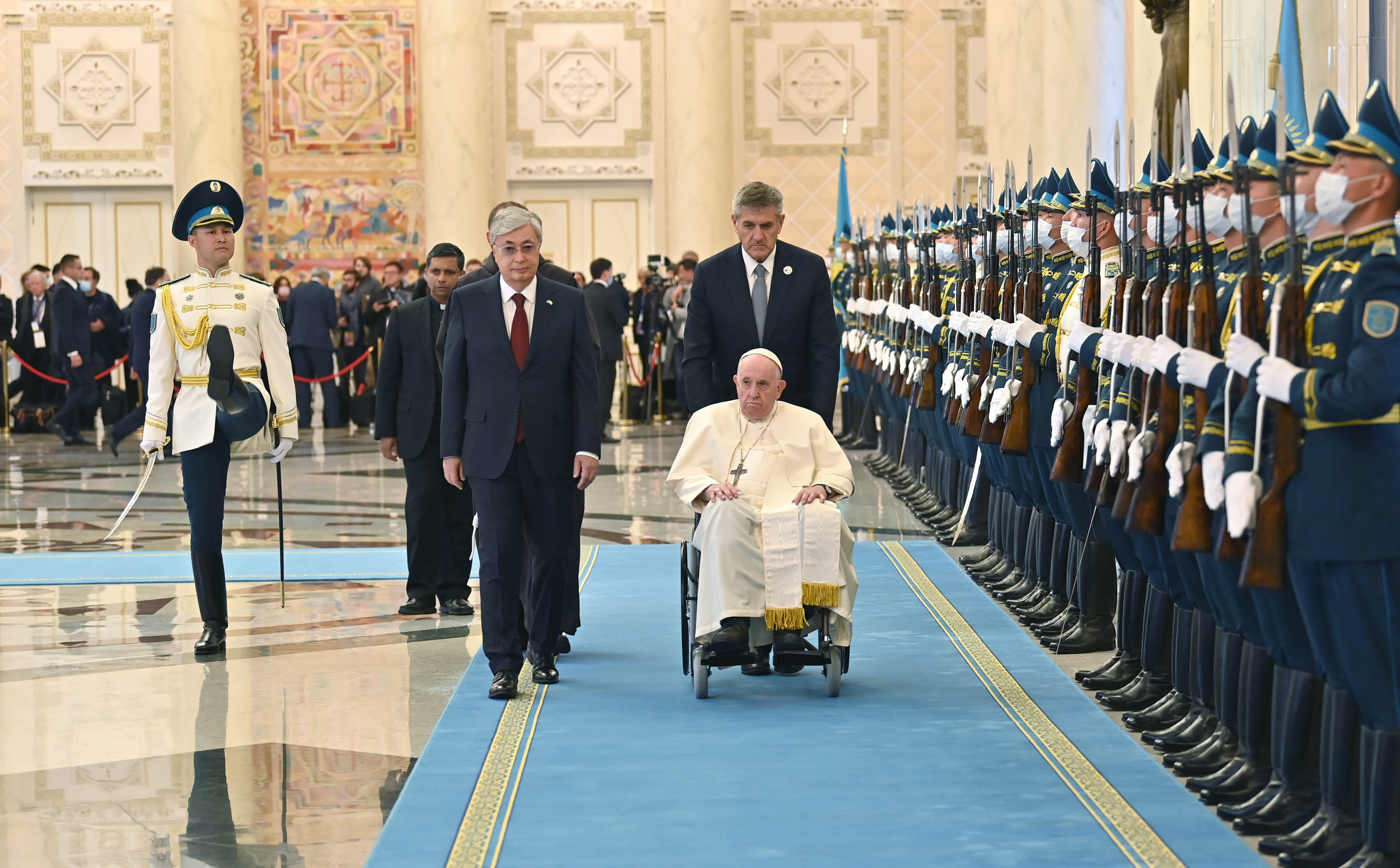 Welcoming the Pontiff, the President expressed gratitude to him for visiting to Kazakhstan.

“Your first apostolic visit to Kazakhstan, and as a whole, to the Central Asian region fills the hearts of my compatriots, regardless of their religion, with great joy and good wishes. I regard your visit as a vivid example of exemplary spiritual leadership for the benefit of the interests of prosperity and justice. It is very symbolic that the historical pilgrimage of St. John Paul II to Kazakhstan took place in September 2001 against the background of a deep shock after the 9/11 terrorist attacks in the United States” Kassym-Jomart Tokayev

Kassym-Jomart Tokayev pointed out to the fact that the Pope's visit is taking place against the background of serious tension in the international arena, negative trends in the geopolitical situation in the world.

President Tokayev stressed that the Pontiff’s in Kazakhstan and his participation in the Congress of Leaders of World and Traditional Religions is a very important event. According to him, it is from the Pope that impulses can come calling for peace and mutual understanding.

At the meeting held in the spirit of mutual respect and trust, the President and the Pontiff discussed topical issues of promoting interfaith harmony and interreligious dialogue, prospects for the development of cooperation between Kazakhstan and the Vatican, as well as exchanged views on pressing challenges of our time.