The Ministry of Foreign Affairs hosted a ceremony of awarding the winners of the seventh international contest "New Kazakhstan through the eyes of foreign media", organized by the Foreign Ministry together with the Chief Editors’ Club and Kazakh Tourism national company, Delovoy Kazakhstan reports.

The winners of this year's contest were authors of publications from the United Kingdom, Georgia, Canada, Kuwait, Morocco, Turkey, and South Korea.

In his welcoming speech, Deputy Foreign Minister Roman Vassilenko emphasized the significant role of professional journalism and high-quality blogging in today's society. He told the foreign journalists and bloggers about the ongoing reforms in the country and the concept of "New Kazakhstan", content of the President Kassym-Jomart Tokayev’s State of the Nation Address in September, and the upcoming important events in the country, such as the sixth summit of the Conference on Interaction and Confidence-Building Measures in Asia. 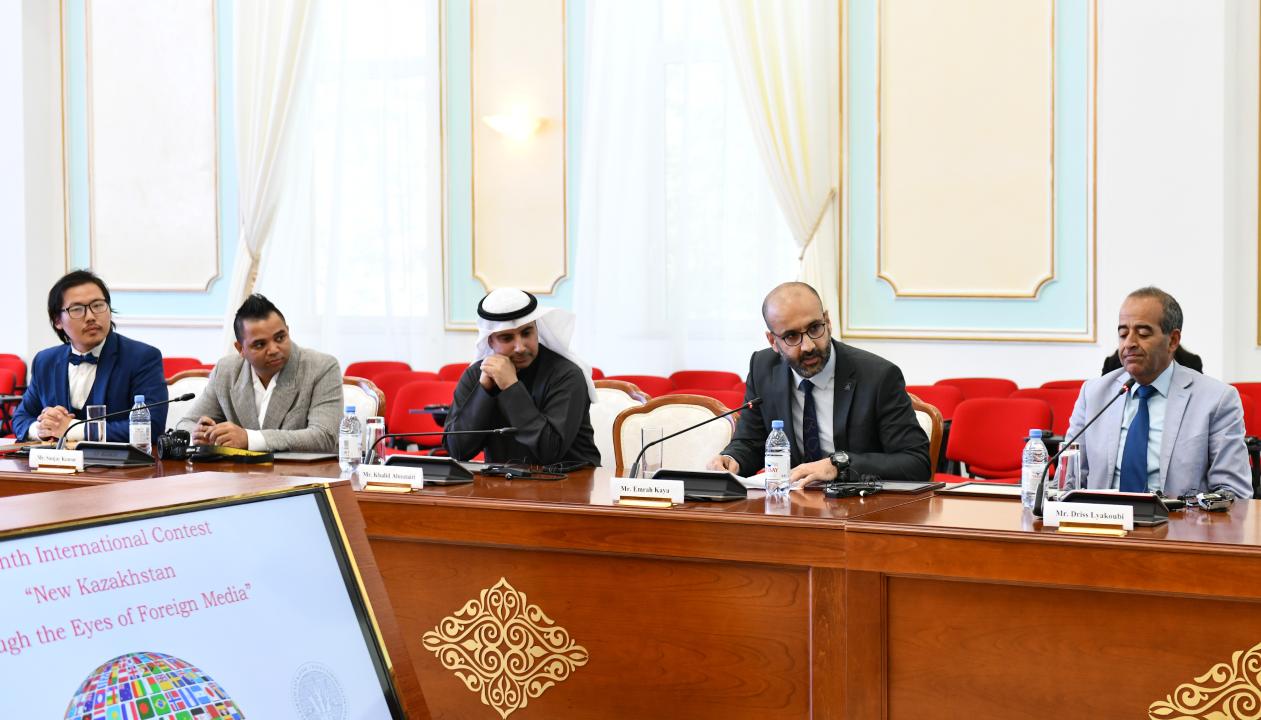 Mr. Vassilenko drew attention to the consistently high number of applications: this year the judges received more than 50 materials from 40 countries. Many publications focused on the themes of economic and social reforms in the context of the "New Kazakhstan”. Six winners were chosen from five regions of the world, as well as a winner in the new tourism category. 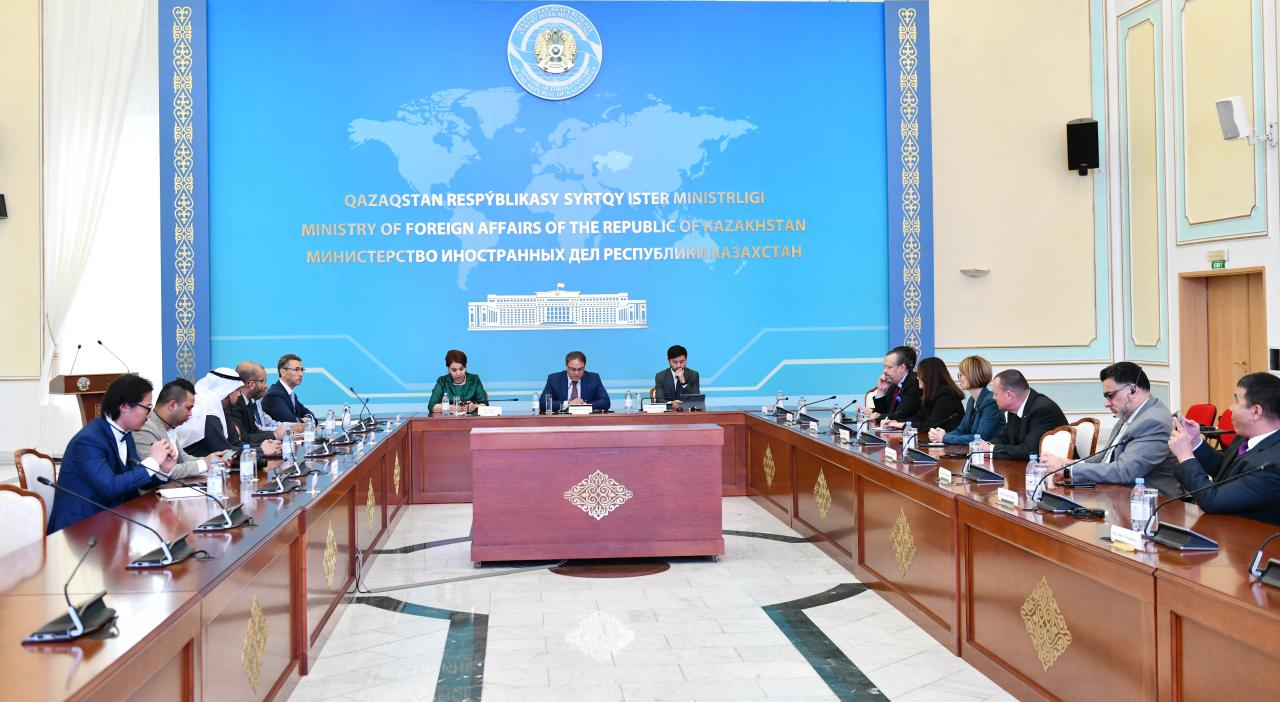 The podcast by British blogger Tristan Hughes, "The Ancients," titled "Ancient Kazakhstan: The Gold of the Great Steppe," was recognized as the best entry from Europe. Georgian political scientist and journalist Gulbaat Rtskhiladze, who published an article on historical ties between Kazakhstan and Georgia, was chosen as the winner from the CIS and Eurasia region. Among the entries from North and South America, the winner was Donovan Mackenzie, who published an article in Ottawa Life Magazine. Sanjay Kumar, who is a reporter for The Korea Herald daily newspaper, was announced as the winner from the Asia-Pacific region. The winners from the Middle East and Africa region were two journalists - Driss Lacoubi writing for the Moroccan publications Le Matin and 12.ma and Emrah Kaya, a Turkish expert on Central Asia for ANKASAM. Travel blogger Khalid Almutairi of Kuwait became the winner in the “tourism” category. The winners of the contest were offered an educational trip to Kazakhstan, including to the capital Nur-Sultan, Burabay National Park, Turkestan, and Almaty. During the visit, the guests will also attend events related to the Congress of Leaders of World and Traditional Religions, and take part in excursions to cultural and historical places. 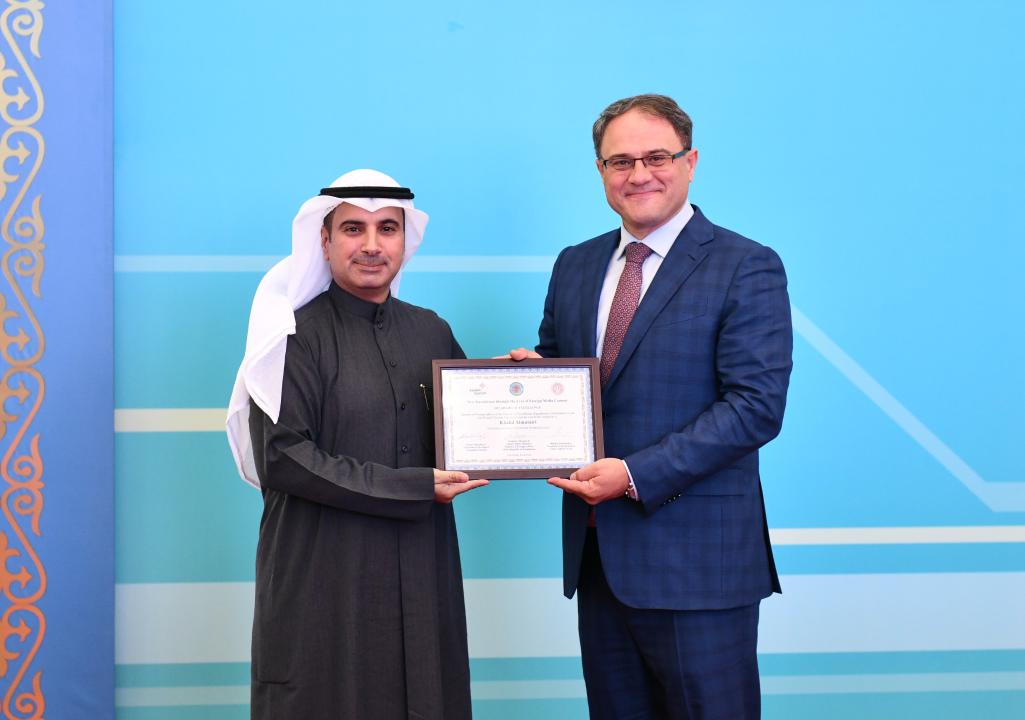 The ceremony was attended by the President of the Chief Editors’ Club, Bibigul Jeksenbai, Managing Director of Kazakh Tourism Daniel Serzhanuly, as well as representatives of the diplomatic corps. 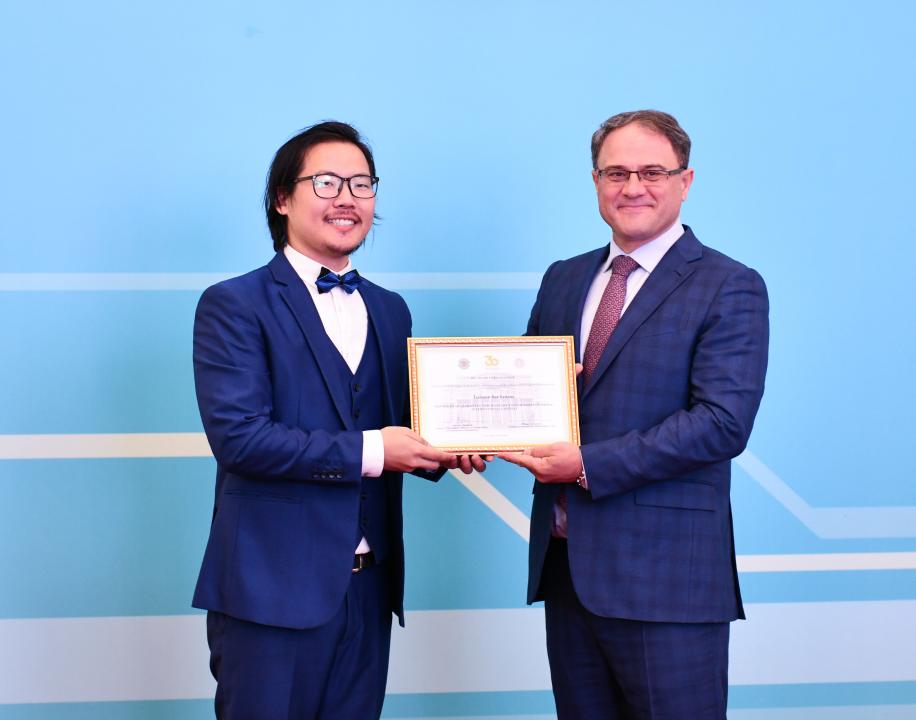 “These days, journalists are public diplomats. Trust between countries has diminished, and that is why the role of professional journalism is especially important in our time. The growing interest of foreign journalists in our country is gratifying. Since 2014, not only has the number of applications increased, but also the range of topics covered, from the tourism industry to socio-political issues” Bibigul Jeksenbai

“The inclusion of the ‘tourism’ category in this competition is not accidental. The government is working on several fronts to develop this industry. I hope that the online travel guide of the Kuwaiti journalist about the tourism industry of our country will contribute to the growth of tourists from Arab countries” Daniel Serzhanuly

The winners voiced their appreciation for the high level of organization of the contest and shared their expectations for their trip.