The series of meetings began with a conversation with Ed Emerson, Global Managing Director for Oil and Commodities Trading at Goldman Sachs, one of the world's largest investment banks. The sides discussed plans for the implementation of new investment projects in Kazakhstan. Currently, the bank successfully cooperates with the Astana International Financial Center. The participants of the meeting also exchanged views on the prospects for the development of the energy sector. 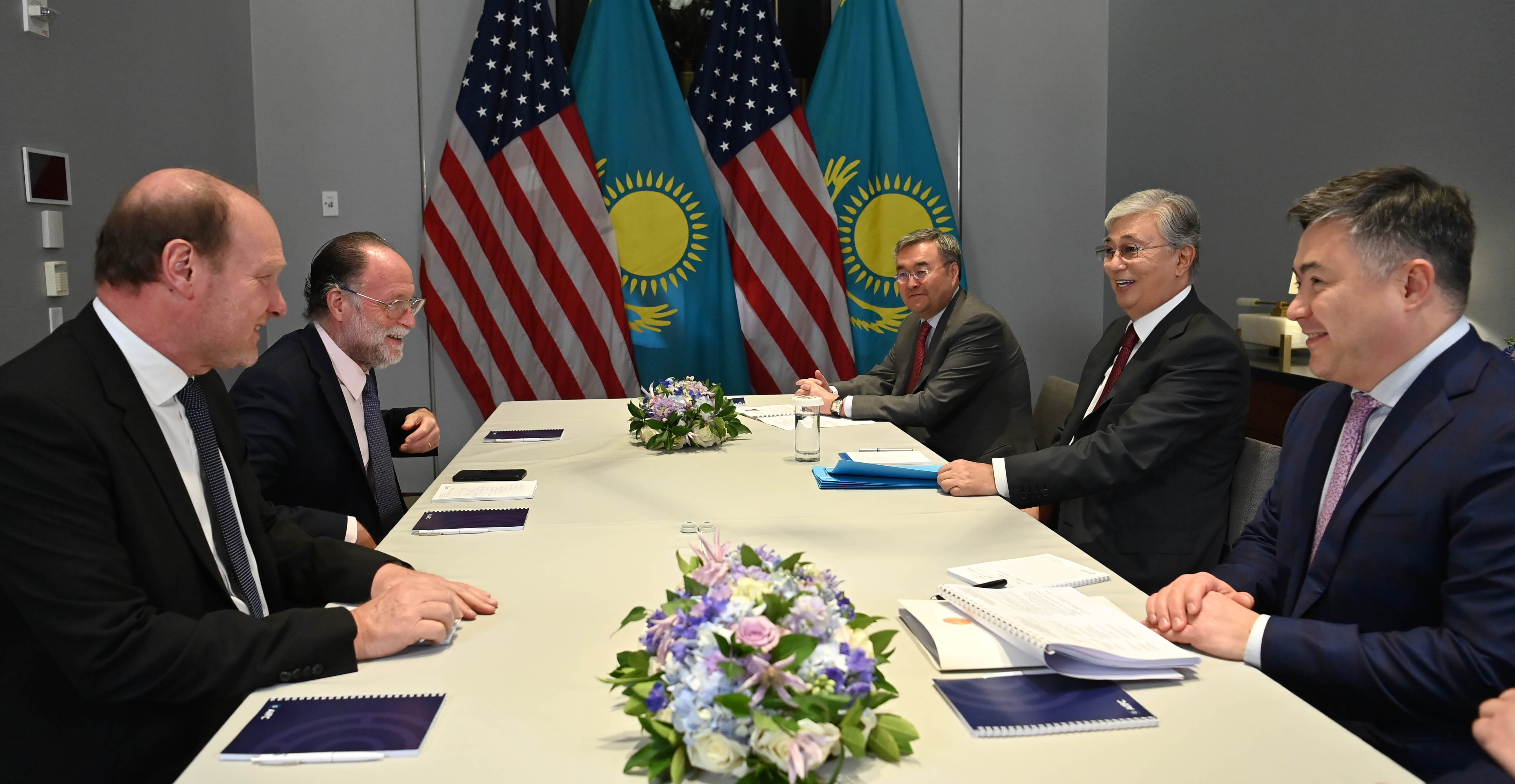 Prospects for cooperation in the agro-industrial sector were discussed with Gustavo Grobocopatel, Grupo Los Grobo Chairman, and Ricardo Hausmann, Director of the Growth Laboratory of the Center for International Development and Professor at Harvard University. 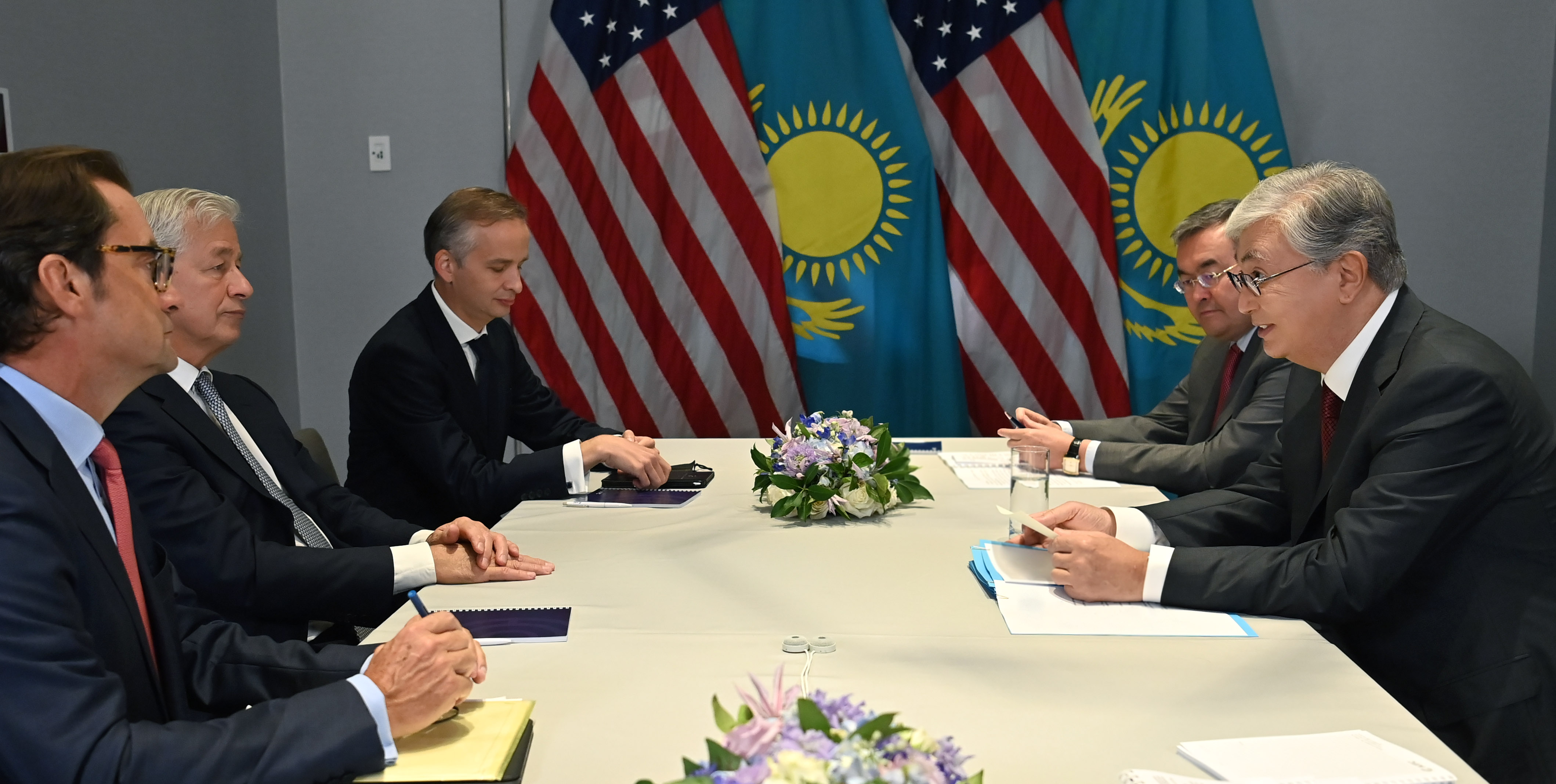 During the meeting with Jamie Dimon, Chairman and Chief Executive Officer of JPMorgan Chase & Co., the sides reviewed the interaction between financial institutions. They also exchanged views on the prospects for the development of the global economy, including financial markets. 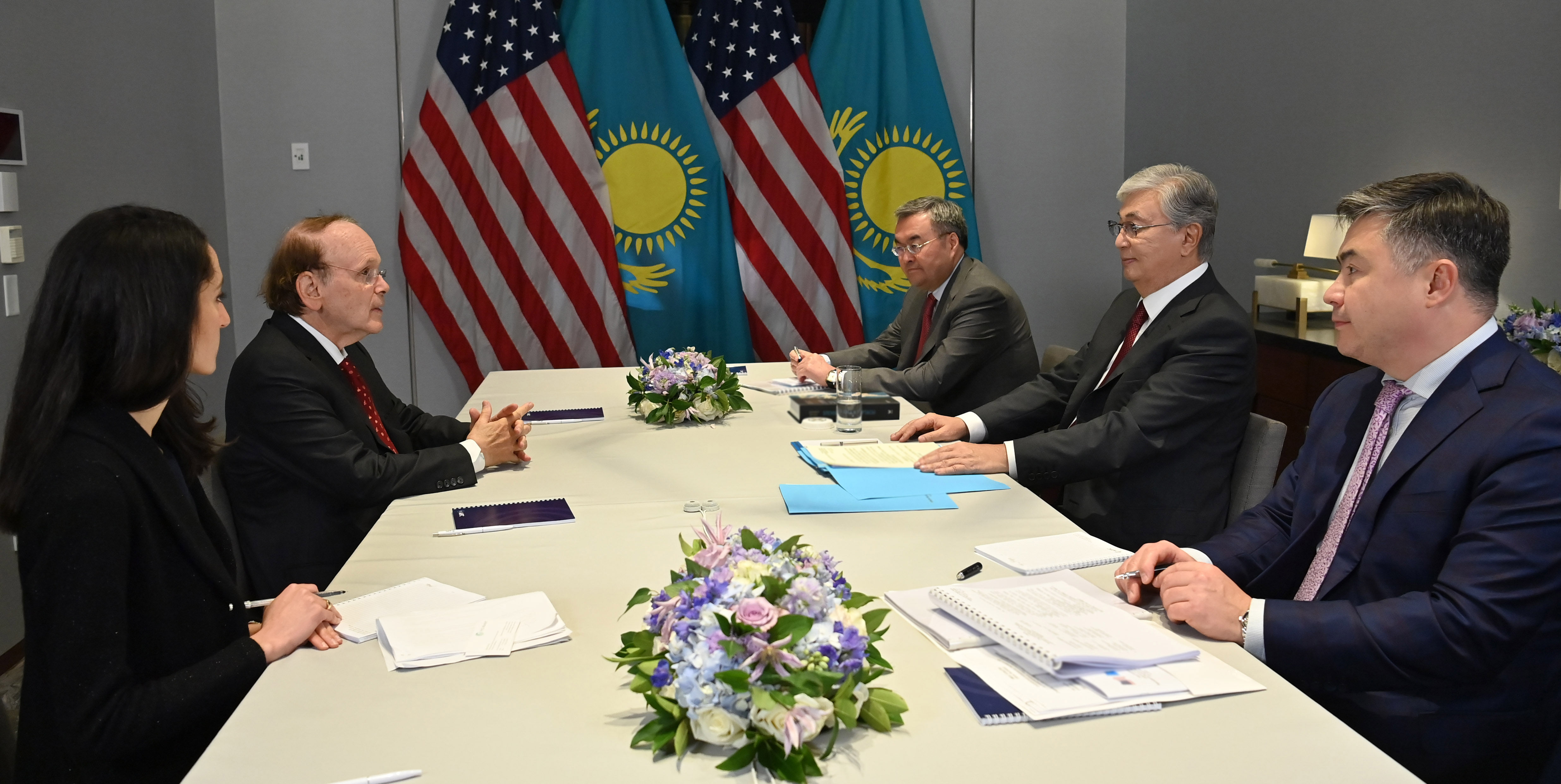 The Head of State and Daniel Yergin, Vice President of the financial and analytical company S&P Global, exchanged views on topical issues of energy security and measures to improve the global competitiveness of our country. 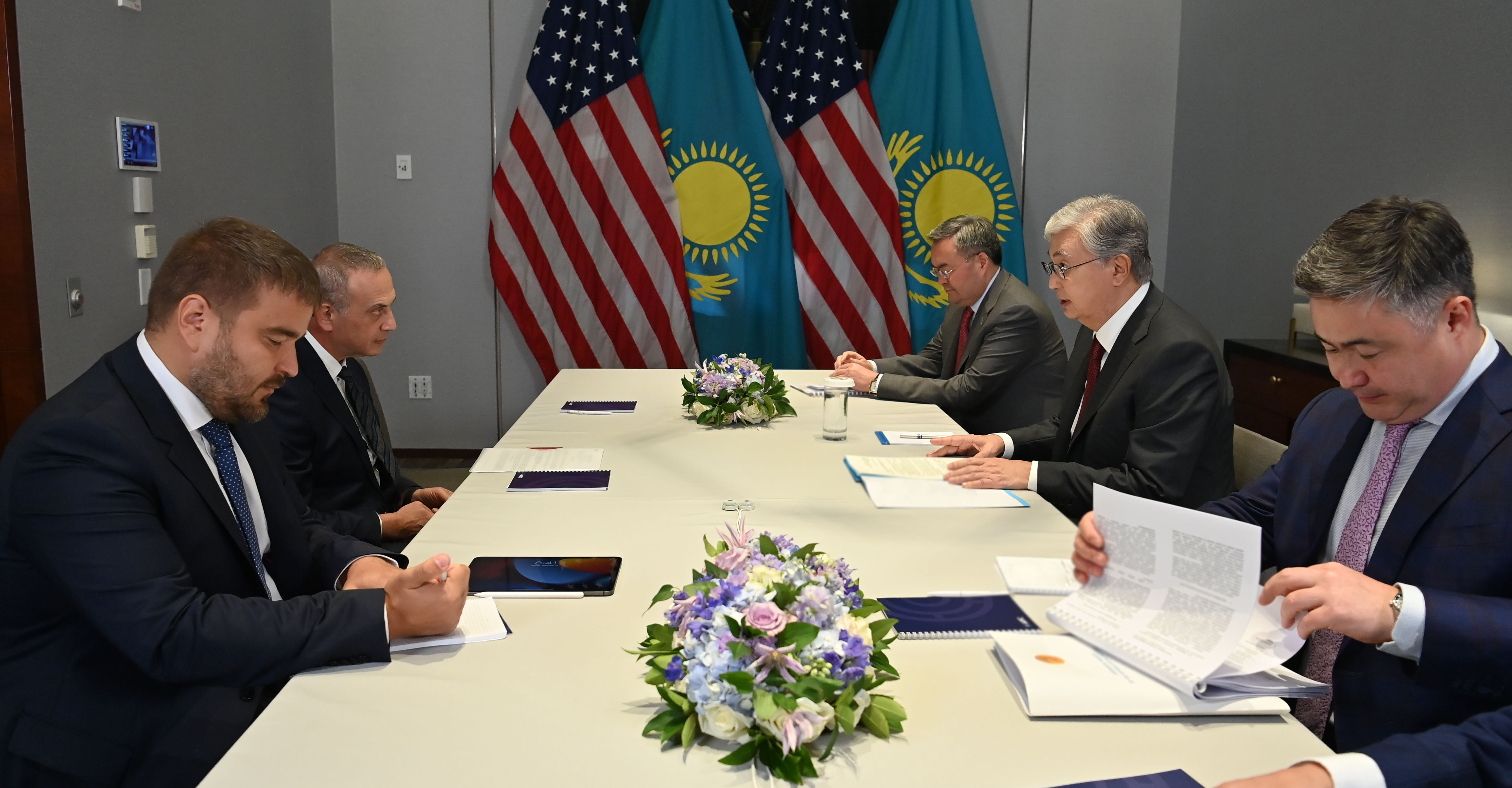 The issues of creating a full-fledged technology hub in Kazakhstan and increasing human capital in the field of IT were discussed with Arkadiy Dobkin, founder and Chairman of the Board of Directors of ERAM Systems. The company is one of the world's leading providers of software and digital services. 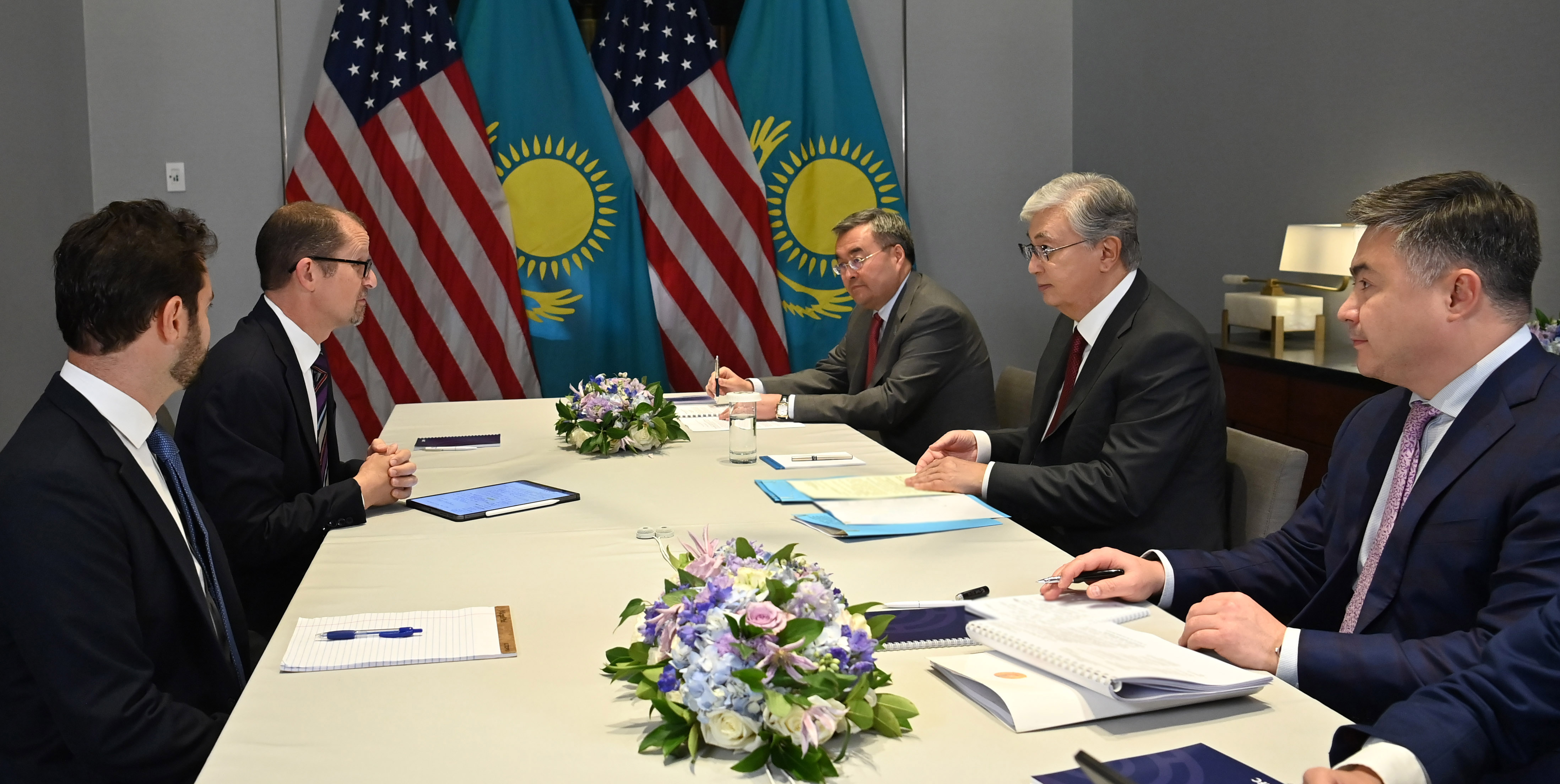 During the meeting with Jeff Maggioncalda, CEO of Coursera, issues related to the development of education, advanced training of civil servants, and academic support for universities were discussed. Coursera is one of the leaders in the field of providing knowledge and teaching modern life skills.

In a conversation with Michelle Simmons, General Manager for Central Asia and Eastern Europe at Microsoft, the prospects for expanding the company's presence in Kazakhstan were discussed, including plans to open an IT laboratory, and retrain and improve the skills of IT specialists. 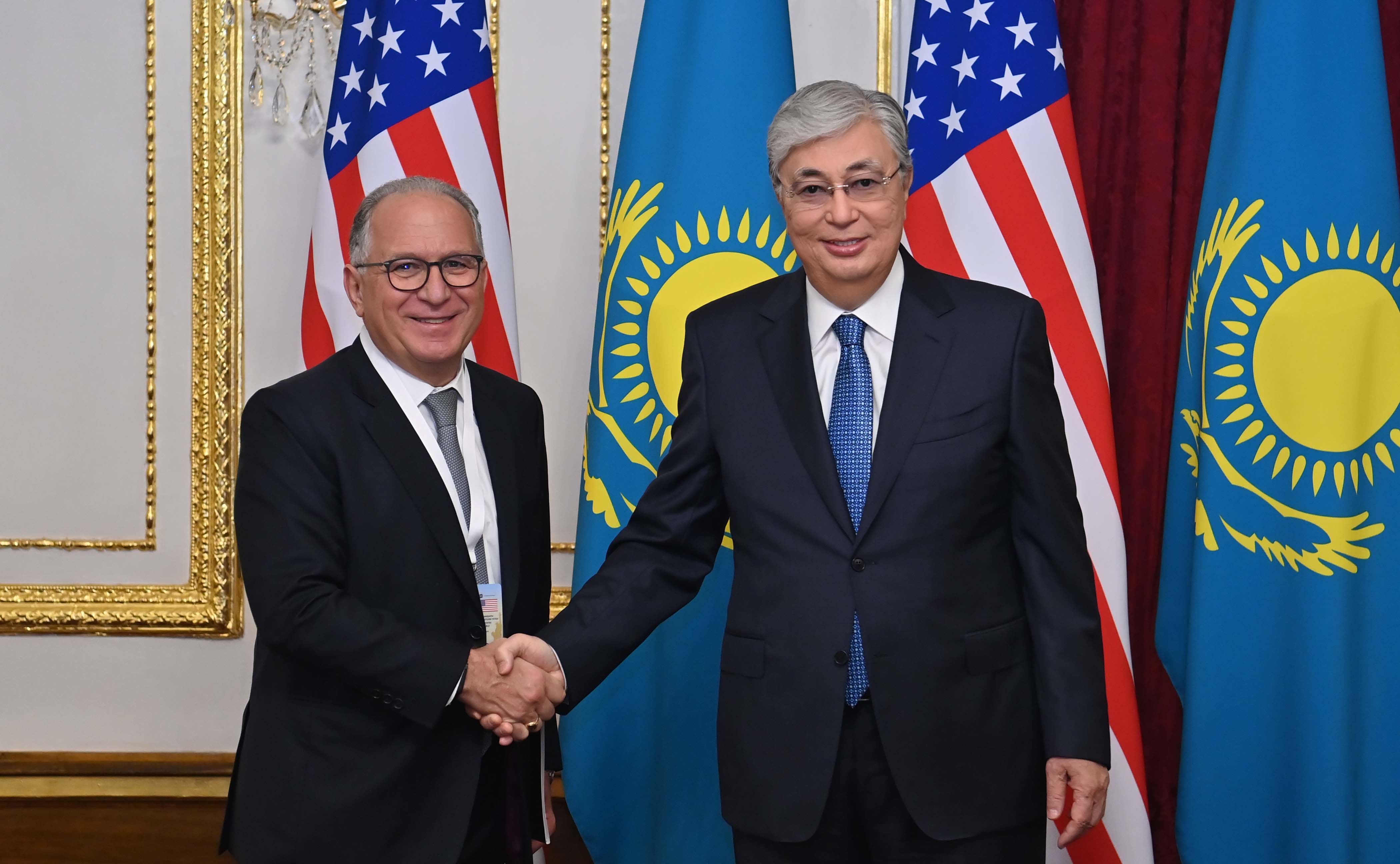 Kassym-Jomart Tokayev also met with Nabil Habayeb, Senior Vice President of General Electric International Markets. The company intends to localize the production of medical equipment in Kazakhstan. In particular, it is planned to launch a new production line for the manufacture of ultrasound and CT devices. 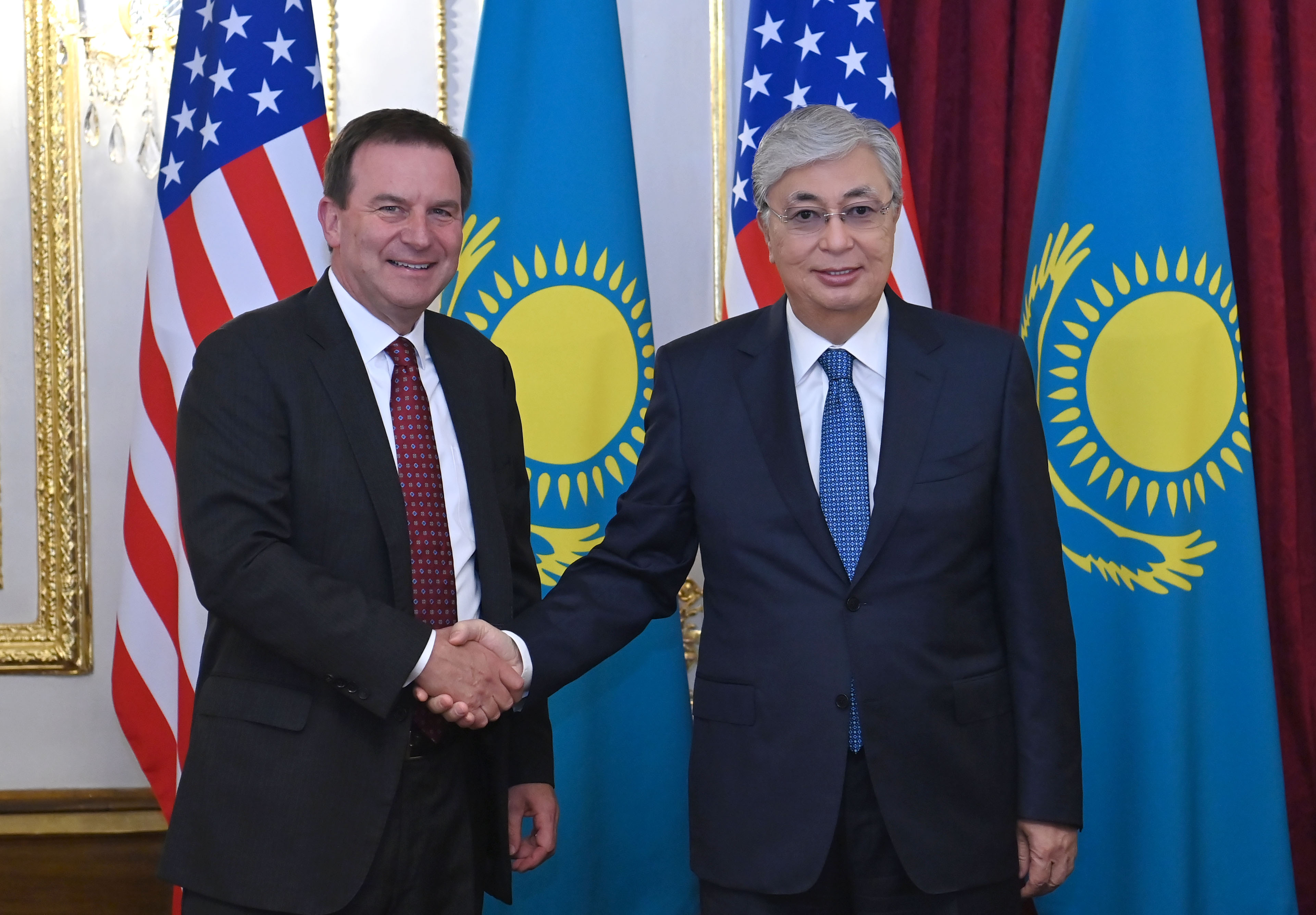 During the meeting with Neil Chapman, Senior Vice President of ExxonMobil Corporation, the Head of State discussed the implementation of projects in the country's hydrocarbon sector. Particular attention was paid to the resumption of full-scale production at the Kashagan field. 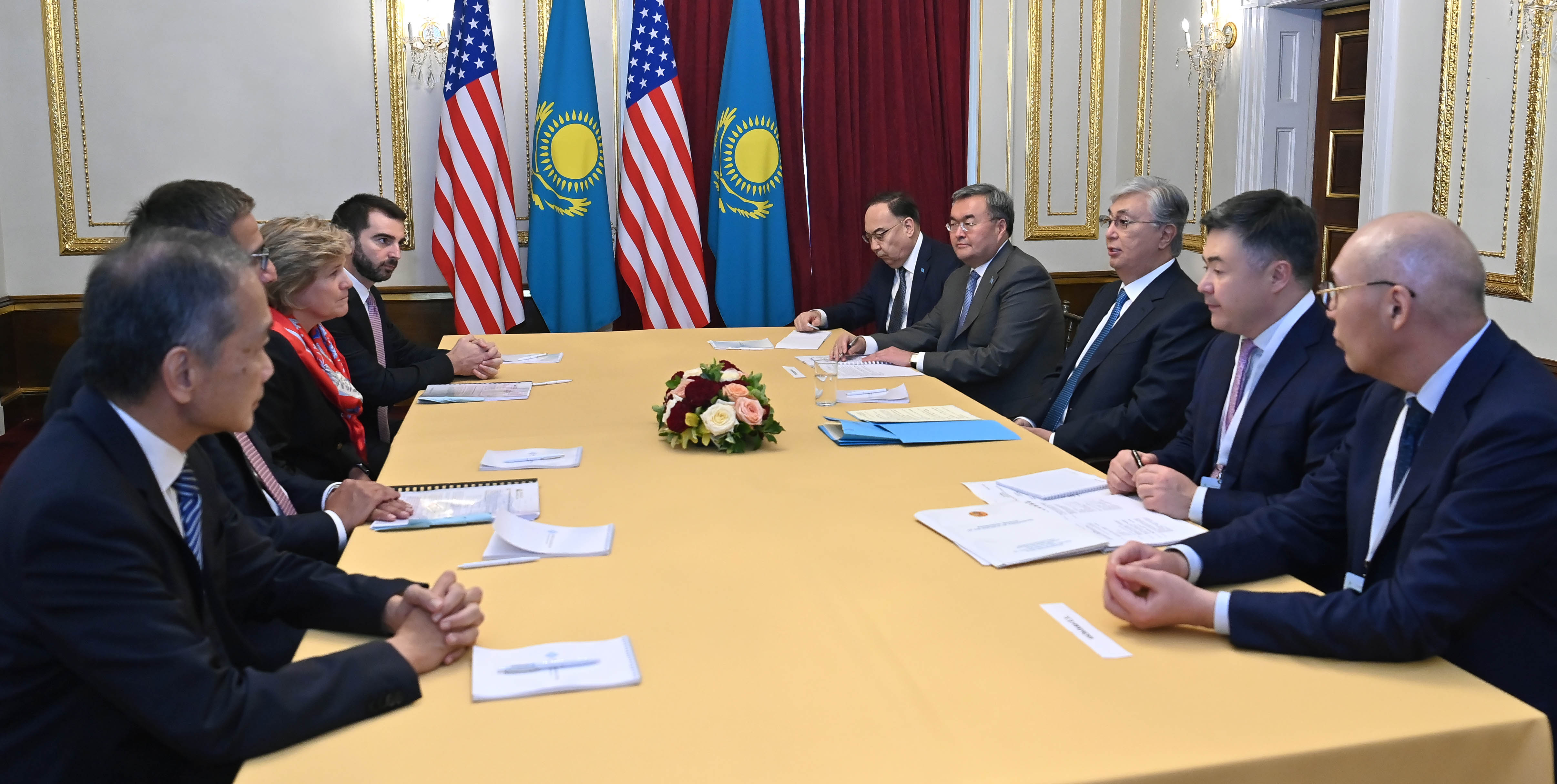 Kassym-Jomart Tokayev and Jenny Johnson, CEO of Franklin Templeton investment firm, discussed opportunities for implementing joint projects in Kazakhstan. They also exchanged views on the further development of the global economy and the financial market. Franklin Templeton is a global investment company, which manages $1.5 trillion in assets.

At the end of the meetings, the Head of State took part in the Kazakh-American investment roundtable, organized with the assistance of the US Chamber of Commerce, the Ministry of Foreign Affairs of Kazakhstan and the national company Kazakh Invest.