Deputy Prime Minister – Minister of Foreign Affairs of the Republic of Kazakhstan Mukhtar Tileuberdi received Executive Director of the Secretariat of the Conference on Interaction and Confidence-Building Measures in Asia Ambassador Kairat Sarybay, Delovoy Kazakhstan reports. The parties discussed the issues of preparation for the 6th Meeting of CICA Foreign Ministers, which will be held in October 2021 in Nur-Sultan.

Tileuberdi stressed the need to continue consistent work on the institutional transformation of CICA. He also drew attention to the importance of adopting Updated Catalogue of CICA Confidence-Building Measures during the upcoming ministerial meeting, which is especially important in the context of the changing geopolitical situation in the region and in the world.

Sarybay informed about the implementation of the Concept of Kazakhstan's Chairmanship in the CICA and the planned activities within the framework of the 30th anniversary of the meeting in 2022. 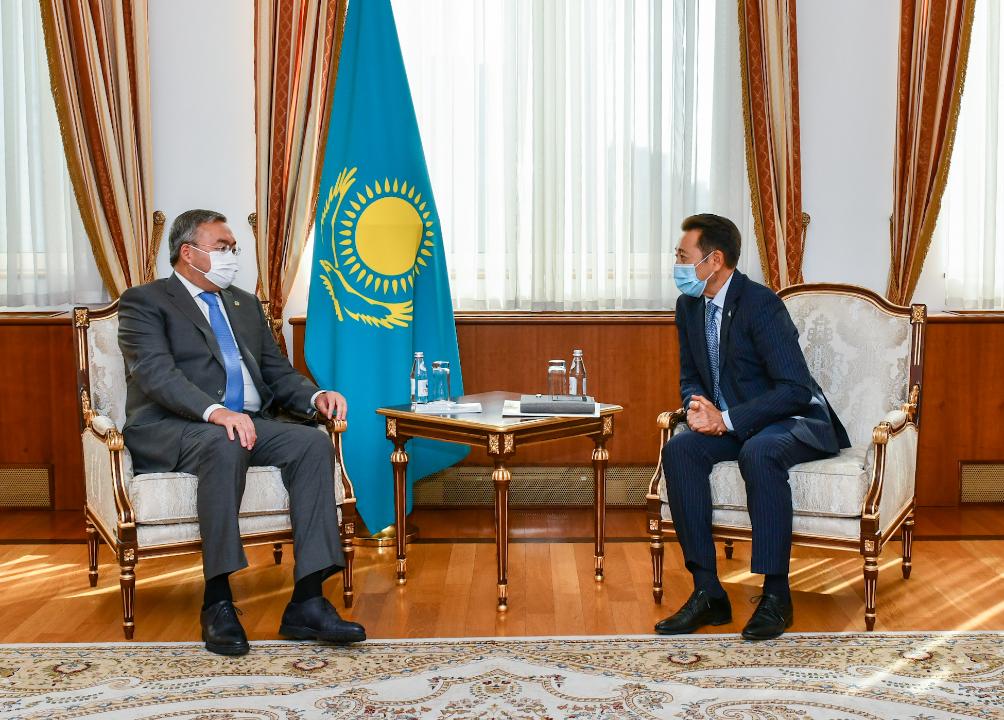 The increase of the level of recognition of the CICA in the world through the implementation of the initiatives of the Kazakhstan chairmanship was noted.

The CICA is an international forum for strengthening cooperation aimed at ensuring peace, security and stability in Asia. To date, 27 States are members of the Meeting. 9 countries and 5 international organizations participate as observers. The CICA secretariat is located in Nur-Sultan.