The trade union "Parasat" of workers of Al-Farabi KazNU, with the support of the administration of the university, issued schoolbags and school supplies to children going to the first grade. This action has become a good tradition and has been held for the fifth year already, Delovoy Kazakhstan reports.

Indeed, for parents, September 1 is not only a joyful excitement, but also a lot of trouble and financial costs. This year, 185 first-graders received a "trade union" backpack. This has become a good social help for parents and coincides in goals with the republican charitable action of the Ministry of Education and Science of the Republic of Kazakhstan "Road to School".

As in the past year, the portfolios were handed out to the parents of tomorrow's schoolchildren by the trade officials of the divisions, taking into account all sanitary precautions. In 2021, there will also be no traditional common photos from the event: joyful children taking notebooks, paints, pencil cases from their portfolios, and moved parents. As the trade union representative of the FDO A.K. Akhmedova: “At our faculty 5 people will receive portfolios. Children are already waiting, they are constantly interested. " “Our unit is the largest, we have 15 children going to the first grade, that is, fifteen parents will please future first-graders today,” said S.M. Bayandinova, trade manager of the production department. 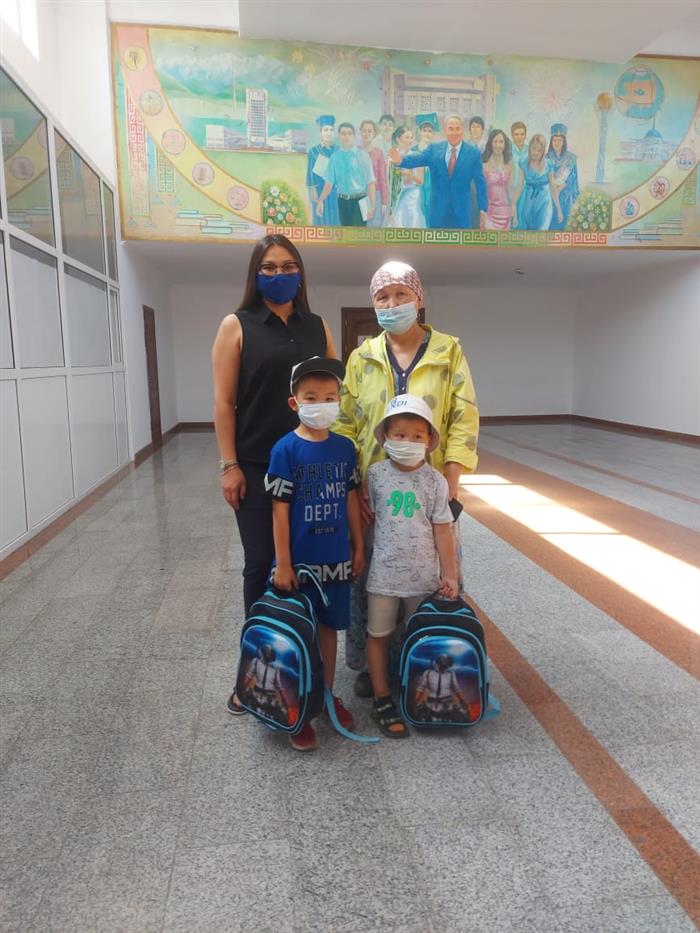 Azhigulova Ryskul, trade union leader of the department of catalysis, physical chemistry and petrochemistry, mother of four children, thanked the trade union and the leadership of KazNU for taking care of children. “My son, Serik Syrym, really liked the backpack and its contents. He said that he would only study for grades. "

Chairman of the Trade Union "Parasat" of KazNU employees Al-Farabi T.K. Mekebaev noted that the initiative of the trade union "Collect a portfolio for a first grader" has already become a part of the corporate culture of the university. It will help our employees not only prepare children for school, but also make them feel that even in such a difficult time, we all, regardless of position, are members of the same team. Particular attention is paid to families with many children.