Within the framework of the 30th anniversary of the country's independence, the Republican round table "Elin suigen, elі suigen Elbasy" was held at the Al-Farabi Kazakh National University with the participation of graduates of the international program "Bolashak", Delovoy Kazakhstan reports. The purpose of the event is to exchange views among the graduates of the international program "Bolashak", initiated by the First President of the Republic of Kazakhstan - Elbasy N.A. Nazarbayev. Opening the meeting, and. about. Vice-Rector for Social Development Aliya Masalimova noted that the international Bolashak program with a rich history has always supported the country's talented youth. 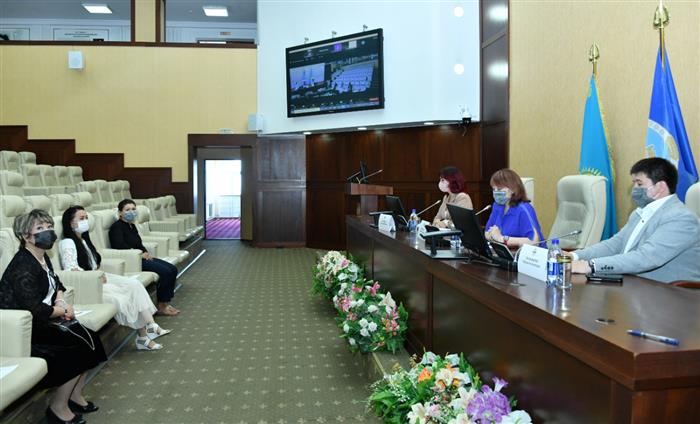 Aliya Rmgazinovna presented the address of the Chairman of the Board-Rector of KazNU named after Al-Farabi Zhanseit Tuimebayev dedicated to the “Bolashak people”, which says: “The young generation makes a great contribution to the prosperity and development of an independent state, at the origins of which was the First President of the country - Elbasy Nursultan Nazarbayev. During its 28-year history, Bolashak really laid the foundations for the future of Kazakhstan. In the advanced countries of the world, young people who were educated in America, Europe, Asia, returning to their native countries, realize their knowledge and skills. Every year the range of professions of the “future” is growing, new ones appear in the line of modern specialties ”.

- There are main values ​​that do not lend themselves to devaluation. This is a person's knowledge, skills, competencies and mature behavior in a social environment. In this regard, education and upbringing work in KazNU, inventions of scientists contribute to the prosperity of the country's economy. Since gaining independence, the First President of the country - Elbasy Nursultan Nazarbayev has identified the development of education and science as a key moment for the effective development of the state. It is based on the principle of perfect knowledge of the future. Within the framework of this principle, the Kazakhstani education sector has entered a period of intensive progress during the years of independence, ”says Zhuldyz Suleimenova, a graduate of the Bolashak program, a deputy of the Mazhilis of the Parliament of the Republic of Kazakhstan, a member of the committee for social and cultural development.

During the round table, the participants took part in the discussion of the Bolashak program, which contributes to the education of highly qualified personnel, and, therefore, the development of the country and an increase in the level of institutional knowledge of young people.