The ninth High-Level Political and Security Dialogue between the countries of Central Asia and the European Union (HLD) that took place in Brussels this Tuesday focused on the discussion of the advancement of political dialogue and strengthening of security cooperation between the two regions against the background of complex ongoing geopolitical developments, Delovoy Kazakhstan reports.

Roman Vassilenko, Deputy Minister of Foreign Affairs of the Republic of Kazakhstan, who led the Kazakh delegation to the HLD, later held a number of bilateral meetings with European officials and members of the European Parliament in Brussels.

The extensive agenda of the event included an overview of current and emerging challenges to regional and global security, including food security in the context of growing politico-military challenges in the Eurasian continent, as well as ways for the parties to work together to strengthen security cooperation in light of the processes in Afghanistan.

Speaking at the HLD, Vassilenko briefed the participants on Kazakhstan’s position on the items of the agenda, and proposed the new initiatives aimed at strengthening the stability and sustainable development in Central Asia in its cooperation with the EU. Taking into account the high economic risks associated with the sanctions imposed on Russia by Western nations, the delegation of Kazakhstan brought into view of the participants the need for closer coordination to prevent possible negative externalities of the sanctions regime on Central Asia.

“Over 30 years, our countries have been pursuing their independent and sovereign paths, and the European Union and its member states have always been politically and economically supportive, bolstering national development efforts and encouraging cooperation to ensure a stable and secure Central Asia, where all countries productively engage,” the Deputy Minister noted. 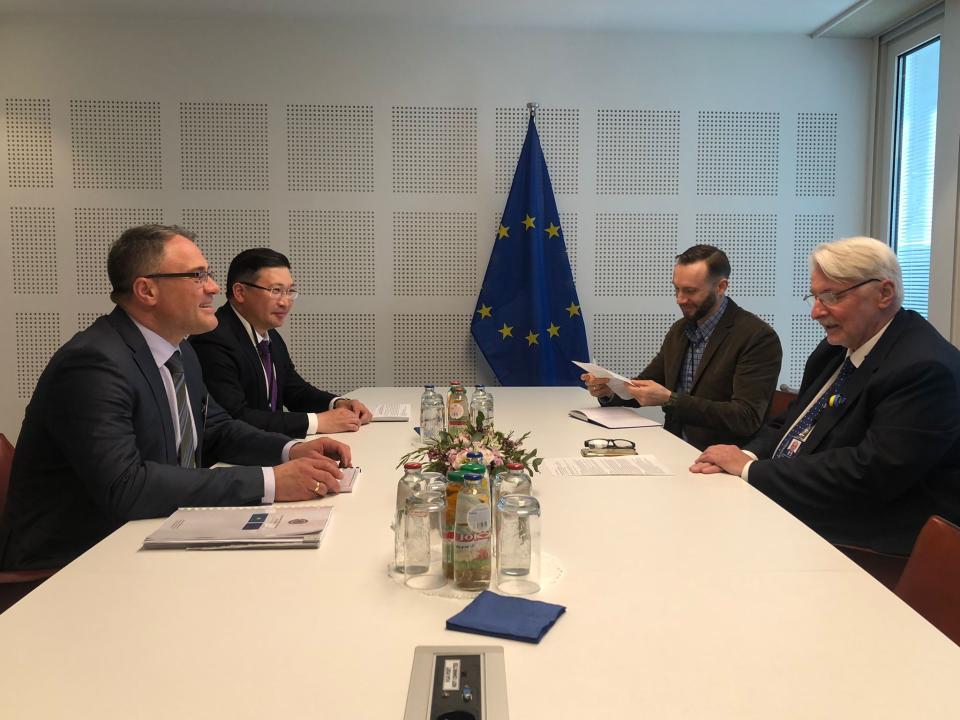 According to the Kazakhstani diplomat, the current challenges in the region and in the global scene make cooperation between Central Asia and the EU relevant than ever, requiring closer coordination of the parties. In this context, the participants discussed the intensification of contacts between Central Asia and the EU at the high and the highest levels during 2022.

The ninth HLD also included an expert discussion on the connectivity issues between Central Asia and the EU. At a special session, the European delegation  presented its vision of digital, sustainable, and transport connectivity with Central Asia in the framework of the EU's strategy of “Global Gateway”. 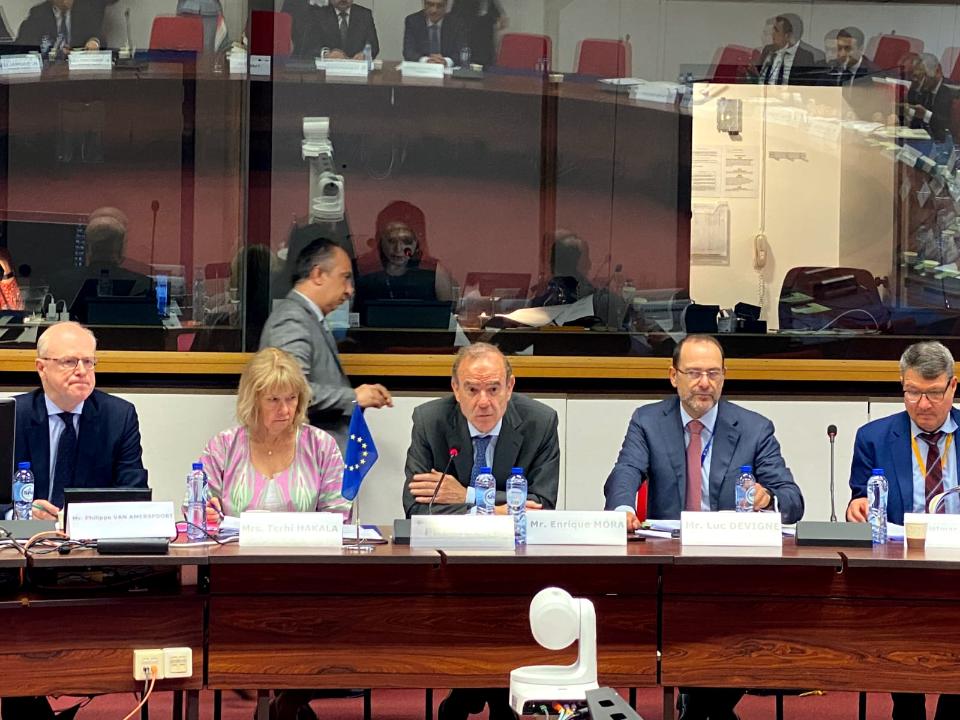 Touching upon the situation in Afghanistan, the participants discussed their national humanitarian contributions to the Afghans, and made proposals for the joint implementation of bilateral and regional programs in the framework of the EU Multiannual Indicative Program 2021-2027. In a special session dedicated to Afghanistan, the HLD participants covered various measures of support to the Afghan population, including humanitarian, trade and economic, and educational tools. The participants noted the importance of continuing a unique educational program for Afghan women in Kazakhstan, Uzbekistan and Kyrgyzstan, funded by the EU and implemented by the UNDP.

Underlining that Kazakhstan will continue to fulfil its commitments toward Afghans, the head of the Kazakh delegation called on the EU and international partners to actively use the logistical and trade-economic infrastructure of Kazakhstan for the effective implementation of international humanitarian pledges to the Afghan people. The parties agreed to discuss in detail interregional cooperation on Afghanistan at the anticipated meeting of Central Asian and the EU Special Representatives for Afghanistan in Almaty at the end of May 2022. 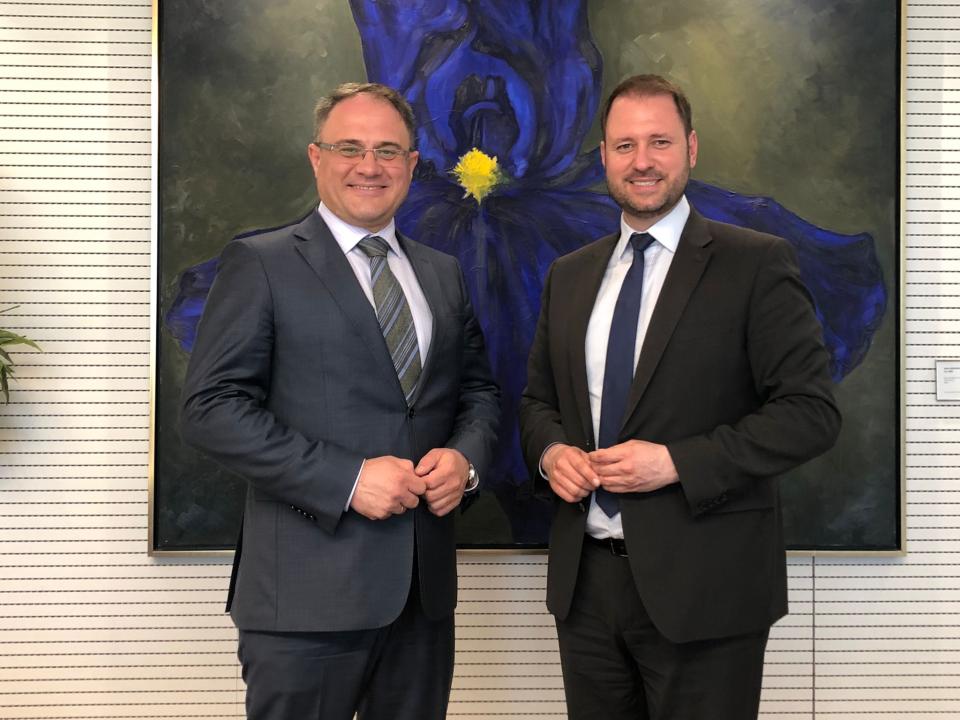 During his visit to Brussels, Deputy Foreign Minister held bilateral meetings with E.Mora, Terhi Hakala, EU Special Representative for Central Asia, as well as Members of the European Parliament – Witold Waszczykowski, Vice Chair of the Committee on Foreign Affairs, and Christian Sagartz, Vice-Chair of the Subcommittee on Human Rights.

The EU counterparts were also briefed on the process of a deep political modernization, as well as the Referendum on Constitutional Amendments scheduled for 5 June 2022 in Kazakhstan. The Deputy Minister emphasized that the large-scale democratic changes, launched by President of Kazakhstan, Kassym-Jomart Tokayev, will have a positive multiplier impact on domestic and regional developments. 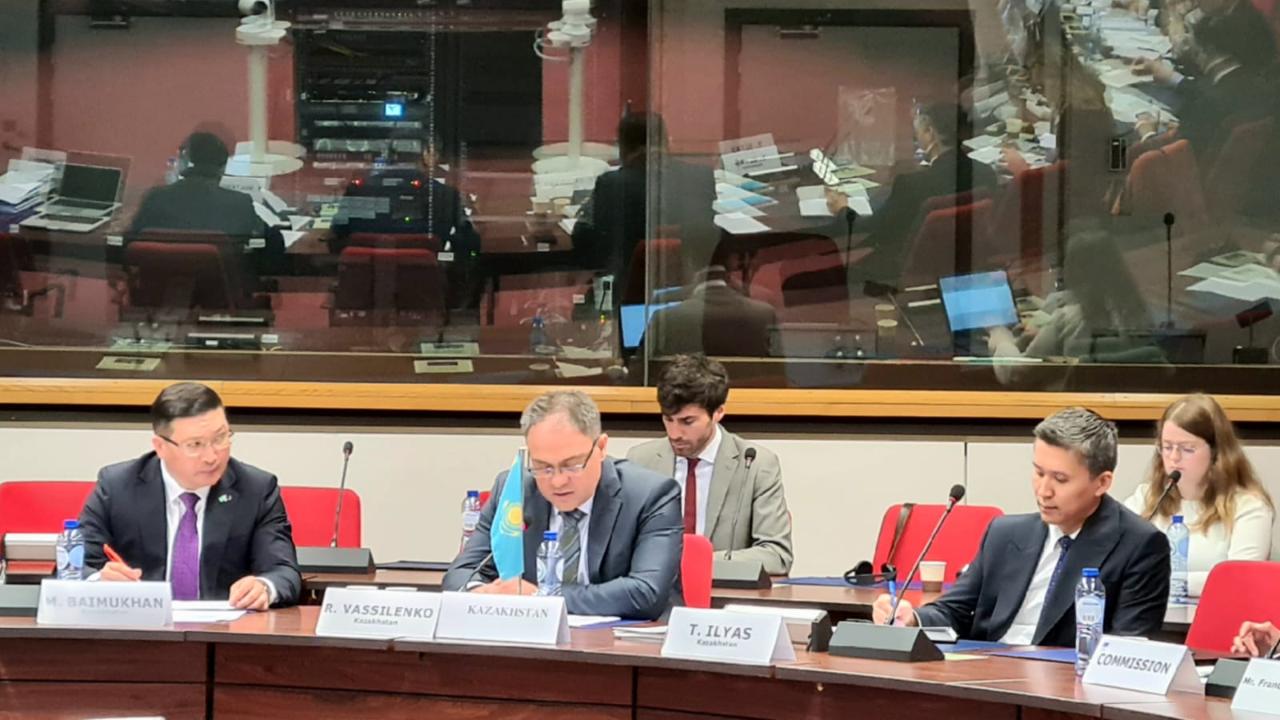 Representatives of the European institutions noted the importance and relevance of the ongoing reforms, with special emphasis on the fact that they lead to an enhanced competitive and sustainable political system, as well as the development of civil society and the strengthening of human rights mechanisms in Kazakhstan.