On June 1, the “Magic moments” concert of the symphony orchestra of the Astana Ballet Theatre dedicated to the International Children’s Day will be held within the framework of the Year of Children, announced by the Head of State Kassym-Jomart Tokayev, Delovoy Kazakhstan reports.

The head of the Kazakh National University of Arts, People’s Artist of Kazakhstan Aiman Mussakhojayeva selected the most talented students of the KAZNUA College School, laureates of international and republican competitions who will take part in this concert.

The program includes works of Russian and foreign classics. Young musicians accompanied by the symphony orchestra of the Astana Ballet Theatre under the direction of maestro Arman Urazgaliyev will perform the works by A. Vivaldi, P.I. Tchaikovsky, F. Chopin, Yu. Polunin, S. Mercadante, N. Rosauro, and other world-renowned composers. The brilliant works that the capital’s audience will be presented with have become the companions of many generations, pass through the centuries without losing their appeal and depth of creative intent.

On June 10 and 11, the “Evening of One-act Ballets” will be held on the stage of the Astana Ballet Theatre. In the first part, admirers of high art will be presented with a one-act ballet “A Journey of a Memory” staged by Raimondo Rebeck. The young German choreographer has a fresh look at art, as well as his own original vision of how to immerse the audience in the world of the mysterious unconscious.

“Everyone has memories – both good and bad ones. At a certain moment they disappear for us, however, living in our subconscious, influencing the present and shaping the future,” the choreographer shared his thoughts. 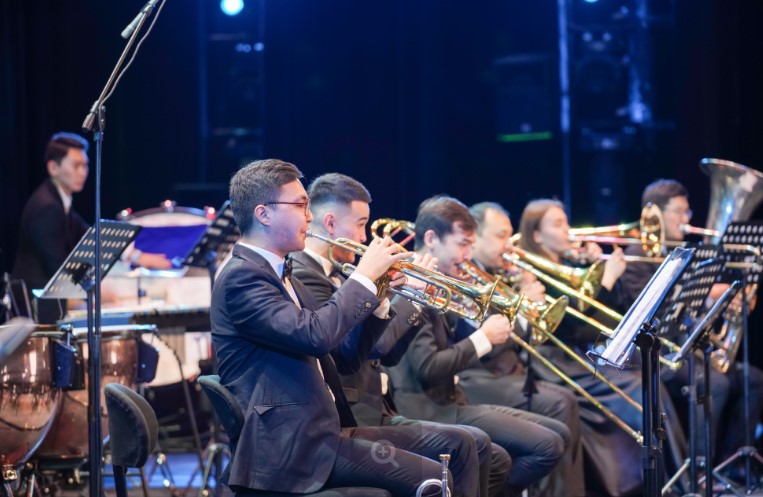 In the second part of the evening, the capital’s spectators will have a chance to enjoy the ballet “A Fuego Lento” (Slow Fire) by Brazilian choreographer Ricardo Amarante.  These are dance fantasies in the tango style, in which not only emotional mood, but also virtuoso technique of performance, bright entertainment of movements and figures are important. The Argentinians call their favourite dance a “love song”, which is beautiful, full of restrained, and sometimes undisguised fire and, at the same time, elusive, like the illusion of love itself, based only on passion.

By the way, the Astana Ballet Theatre continues its big tour in Almaty on the stage of the new Almaty Theatre. On May 21 and 22, the two-act ballet “Sultan Baybars” staged by Mukaram Avakhri to the music of Khamit Shangaliyev and Alibek Alpiyev will be presented. The idea of staging a ballet on a historical theme belongs to the “Foundation for the Development and Support of Ballet and National Dance” with the assistance of the General Partner – “Samruk-Kazyna” JSC.

On May 27 and 28, “The Heritage of the Great Steppe” concert program staged by Honoured Figures of Kazakhstan Aigul Tati and Mukaram Avakhri will take place, accompanied by the ethnic and folk music group “HasSak”.

The events will be held with the assistance of the Ministry of Culture and Sports of the Republic of Kazakhstan.