Opening the event, the Kazakh President highlighted the historical significance of the Pontiff’s visit to our country. 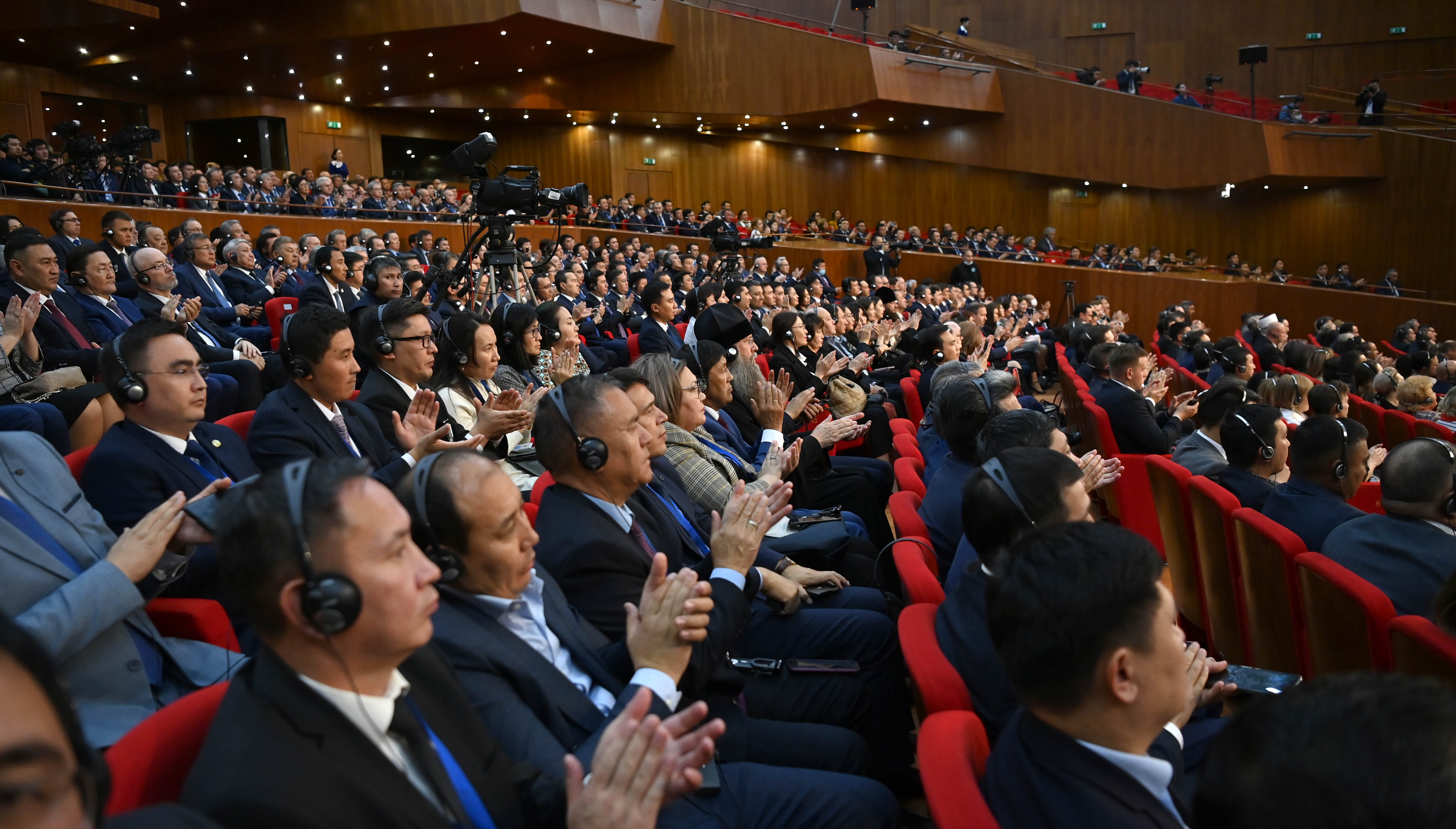 “Pope Francis is making an apostolic visit to Kazakhstan for the first time. This year marks the 30th anniversary of the establishment of diplomatic relations between Kazakhstan and the Vatican. Your visit coincided with this significant date. We attach special importance to this event, because today’s meeting is designed to elevate our cooperation in various fields to a new level” Kassym-Jomart Tokayev, President of the Republic of Kazakhstan 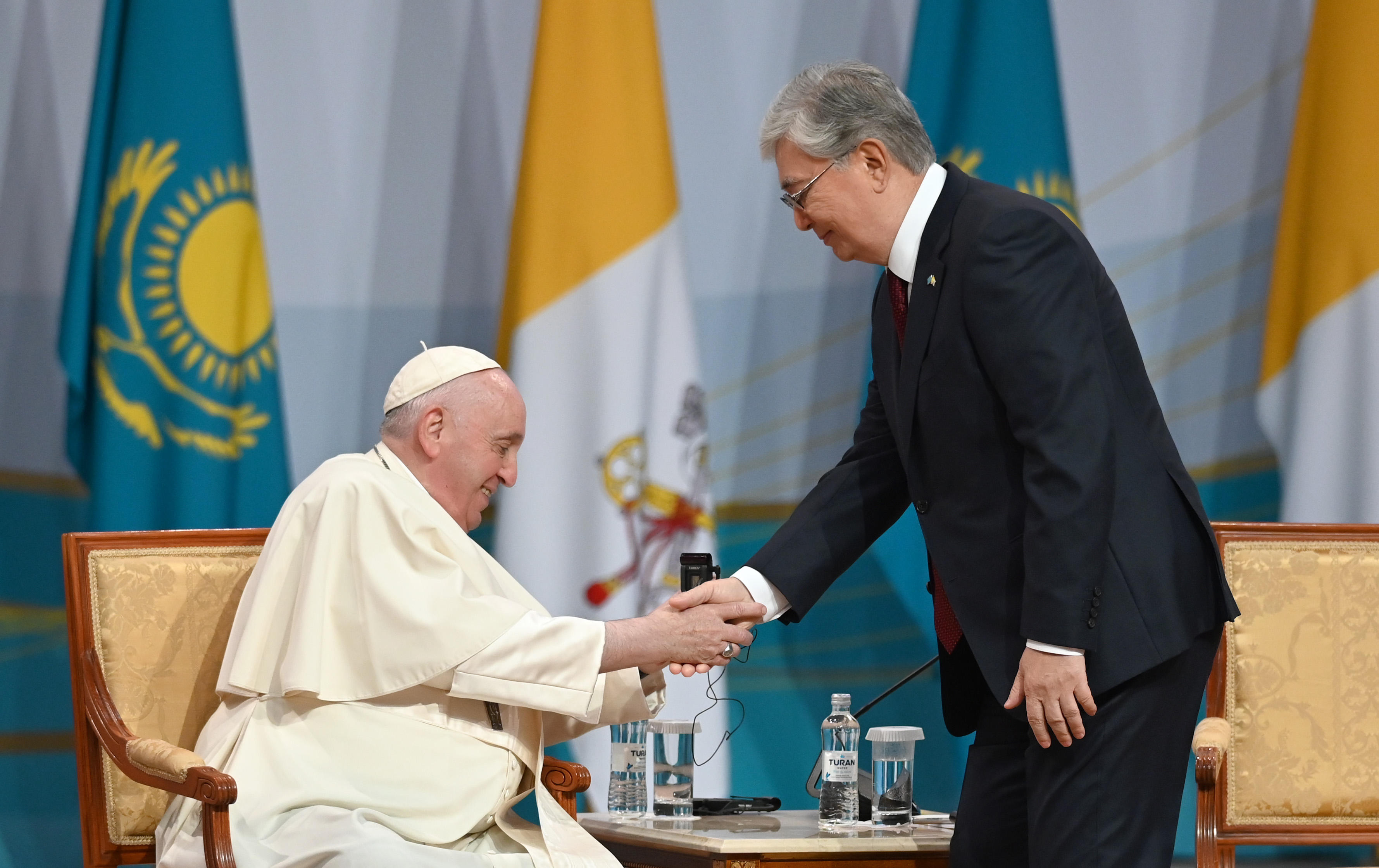 Kassym-Jomart Tokayev commended the Pontiff’s tireless and dedicated efforts in the name of the human family around the world.

“You have arrived in Kazakhstan at a critical juncture in human history. I believe it is high time for moderates from different cultures and religions to pool their wisdom and energy to unite people behind the ideas of peace, social harmony and mutual support” Kassym-Jomart Tokayev

The Leader of Kazakhstan noted that for 30 years of Independence, Kazakhstan has put in place its own model of inter-ethnic and inter-religious accord, based on the “unity-in-diversity” principle.

“Today, Kazakhstan is a proud home to the largest Catholic community in Central Asia. Christians, along with other believers, contribute strongly to building a Just Kazakhstan, where co-existence, tolerance and mutual acceptance flourish” Kassym-Jomart Tokayev 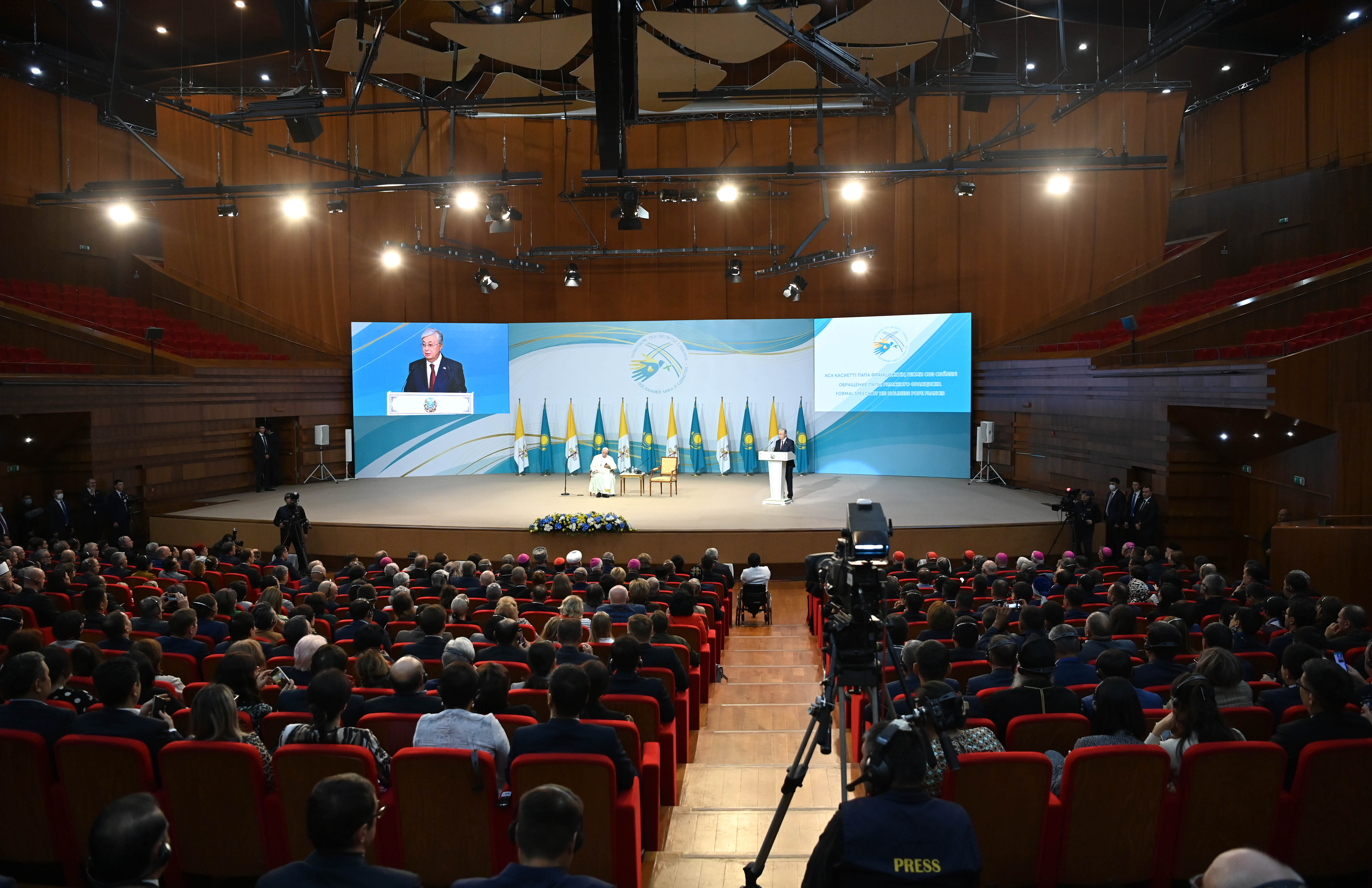 In his speech, Kassym-Jomart Tokayev underscored that as part of the efforts to contribute to the cause of harmony and dialogue around the globe, Kazakhstan convenes the Congress of Leaders of World and Traditional Religions. 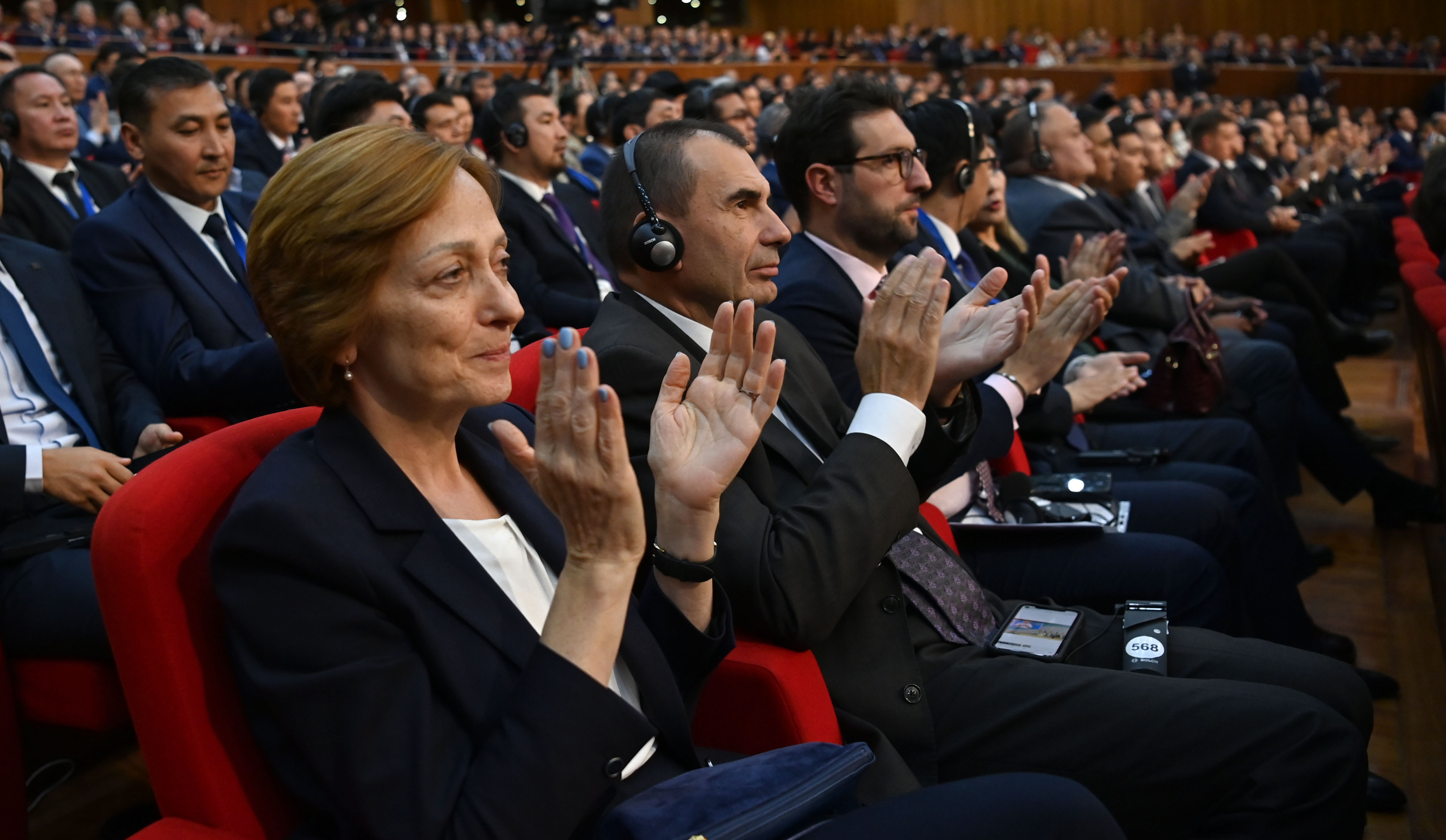 “Since its inception in 2003, the Forum has served as a good example of how people come together as one, despite their differences. I strongly believe that only dialogue, human fraternity, and respect will make coexistence and tolerance possible. In this vein, I highly appreciate the exceptional engagement and invaluable support that the Holy See extends to the Congress’s work” Kassym-Jomart Tokayev 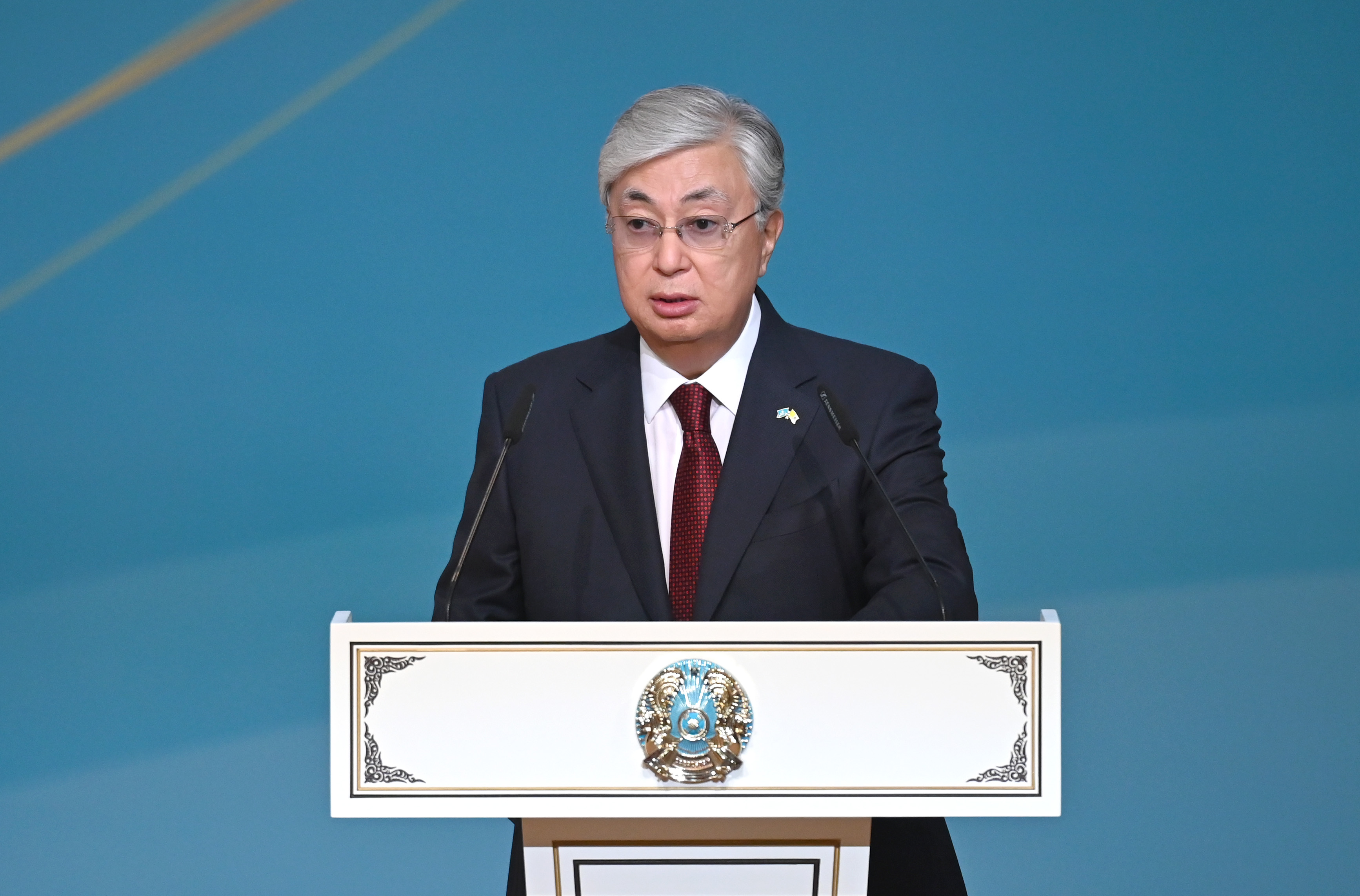 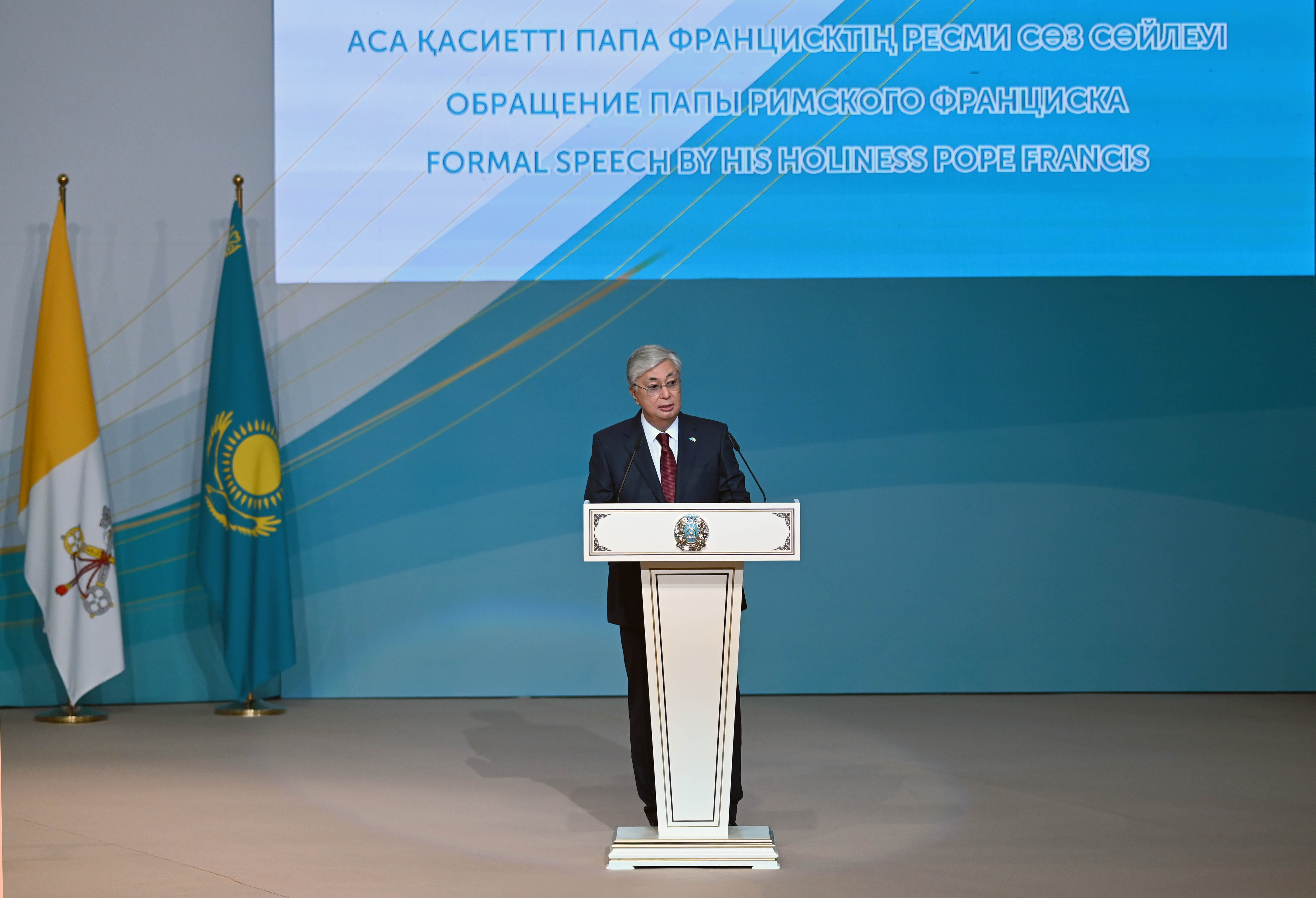 Summing up, President Tokayev expressed confidence that the Pontiff’s personal participation in tomorrow’s gathering will ensure its resounding success, and instill a true joy and happiness in the hearts of all devout Catholics in Kazakhstan and beyond. 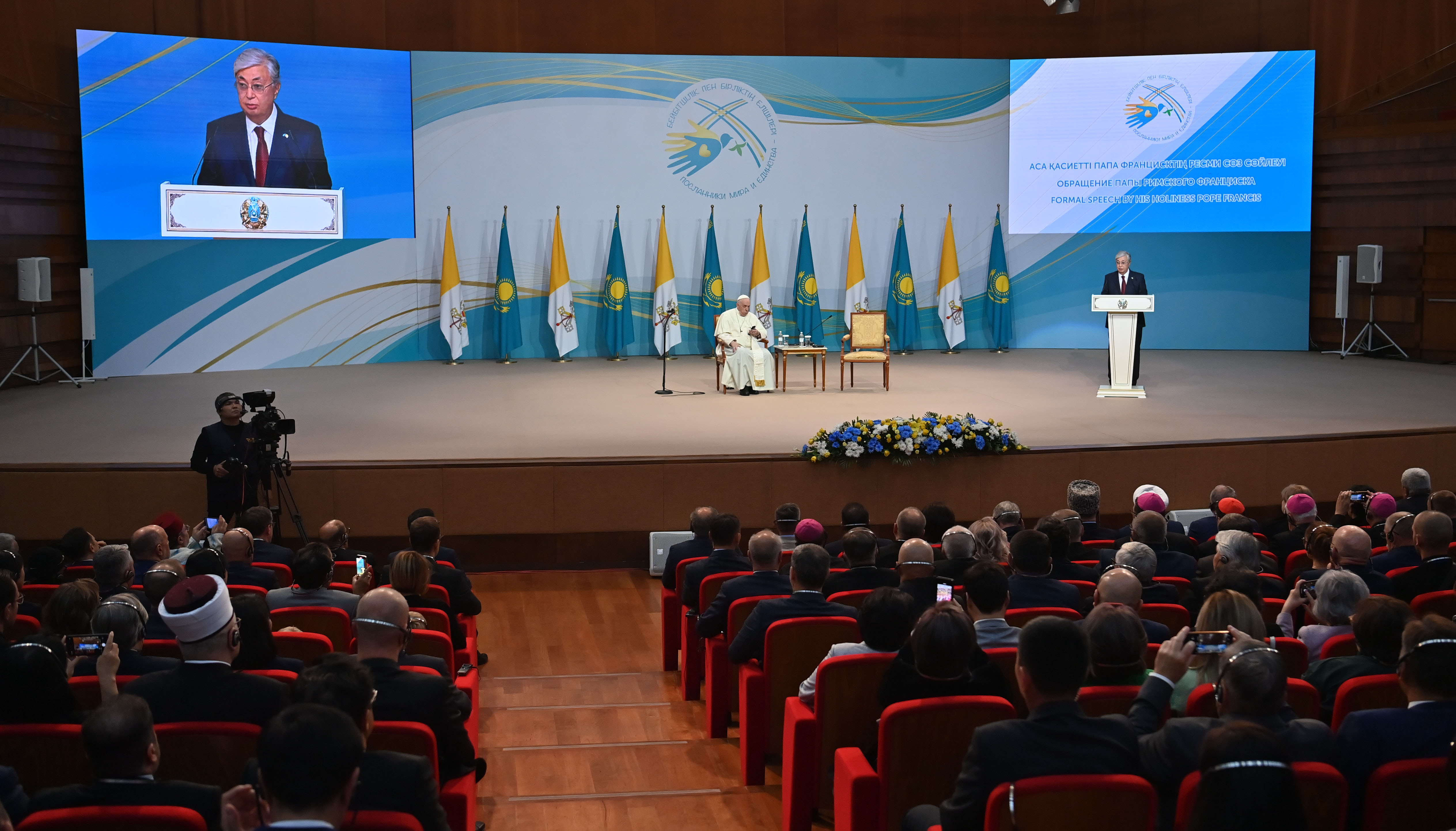 Then Pope Francis addressed the participants of the event. In his speech, he expressed satisfaction with his apostolic visit to the ancient Kazakh land. As the Pontiff said, he came here as a pilgrim of peace in order to seek dialogue and unity. 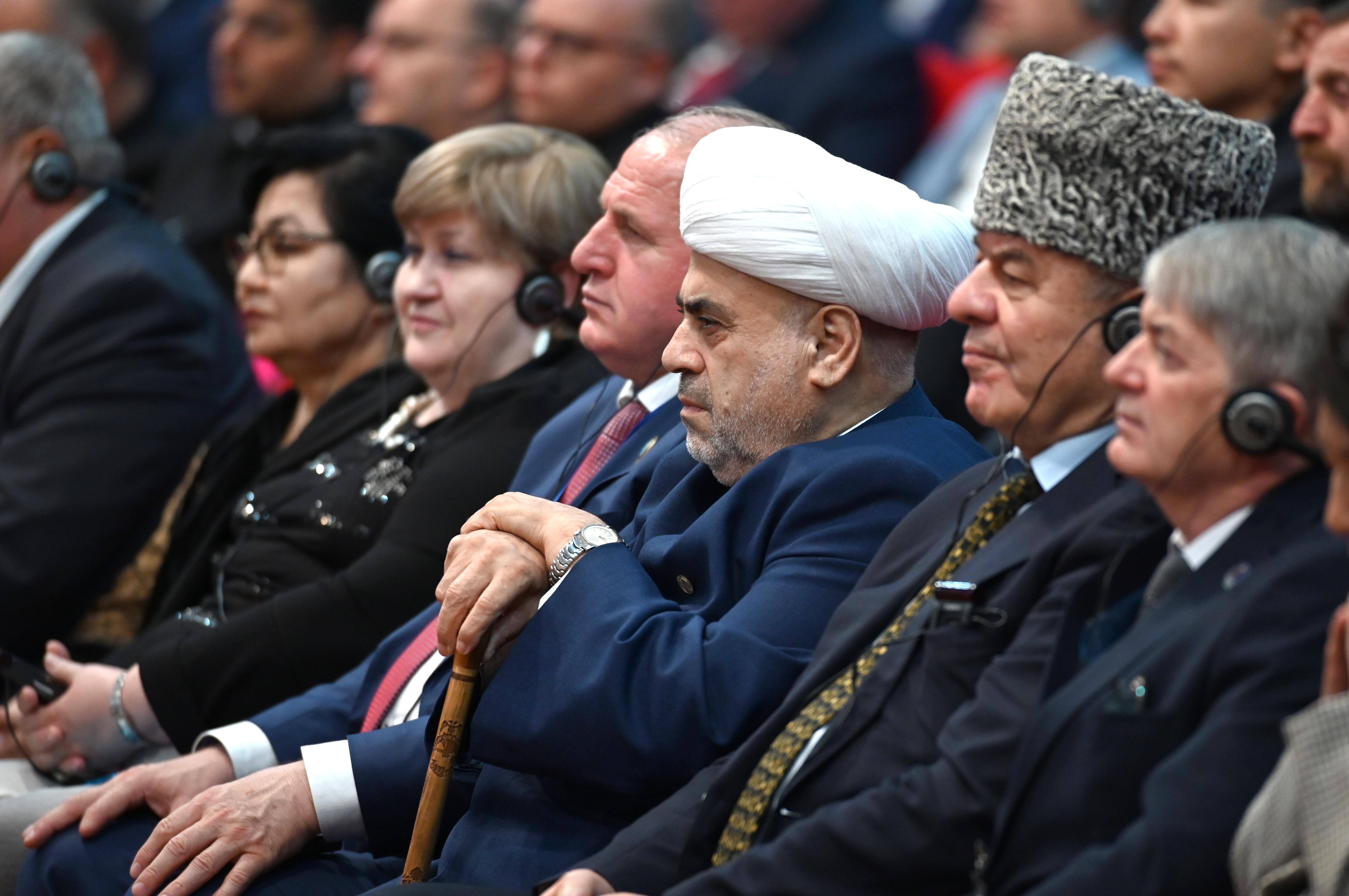 “As local saying goes, the beginning of success is unity. This is certainly important everywhere, but especially here. There are almost one hundred and fifty ethnic groups and more than eighty languages in the country. These are peoples with different histories, cultural and religious traditions, which together form an incredible symphony and make Kazakhstan a multiethnic, multicultural and multi-confessional unique laboratory, pointing to its special vocation – to be a Meeting Country" Pope Francis 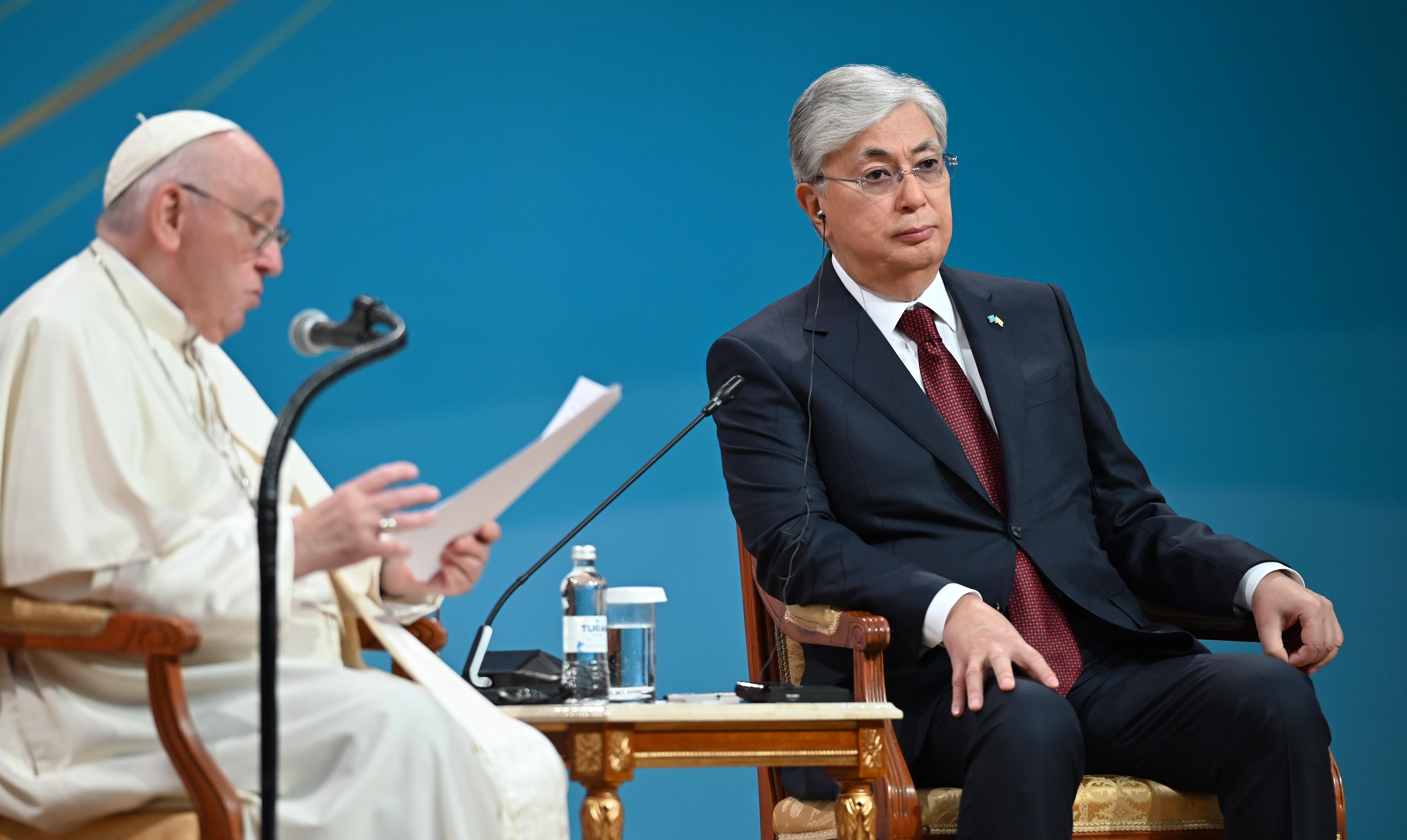 Pope Francis commended Kassym-Jomart Tokayev’s decision to abolish the death penalty in Kazakhstan. In his opinion, this is an affirmation of the value of human life in the name of the right to hope for every human being.

The Pope called for stepping up diplomatic efforts to promote dialogue, which is necessary amid the current geopolitical tensions. 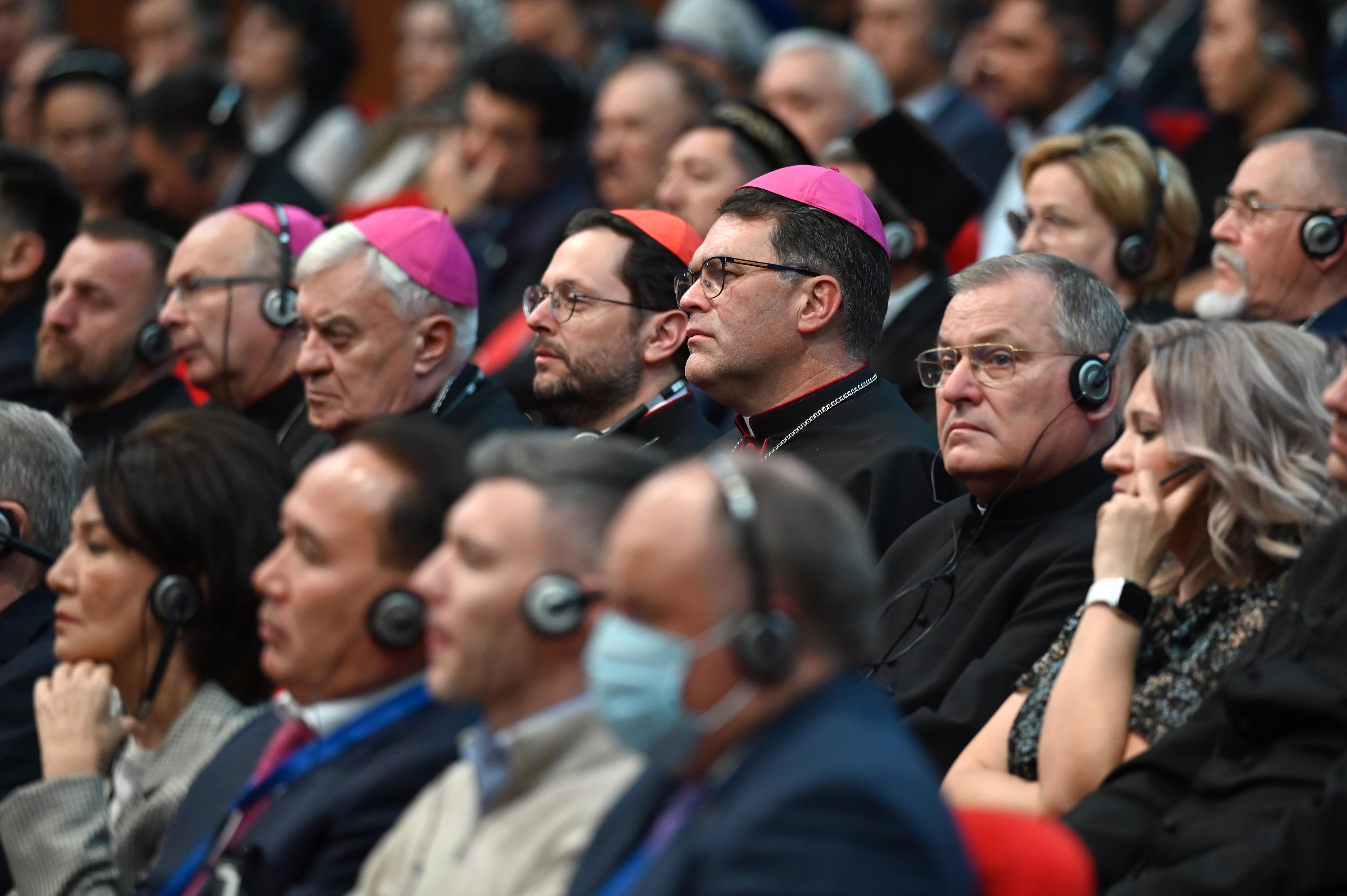 “It's time to learn not to aggravate enmity and stop strengthening opposing blocks. We need leaders who at the international level could promote mutual understanding and dialogue between peoples, and revive the “Helsinki spirit”, the aspiration to strengthen multilateralism, build a more stable and peaceful world, taking care of new generations. This requires understanding, patience and dialogue with everyone. I repeat, with everyone! Pope Francis 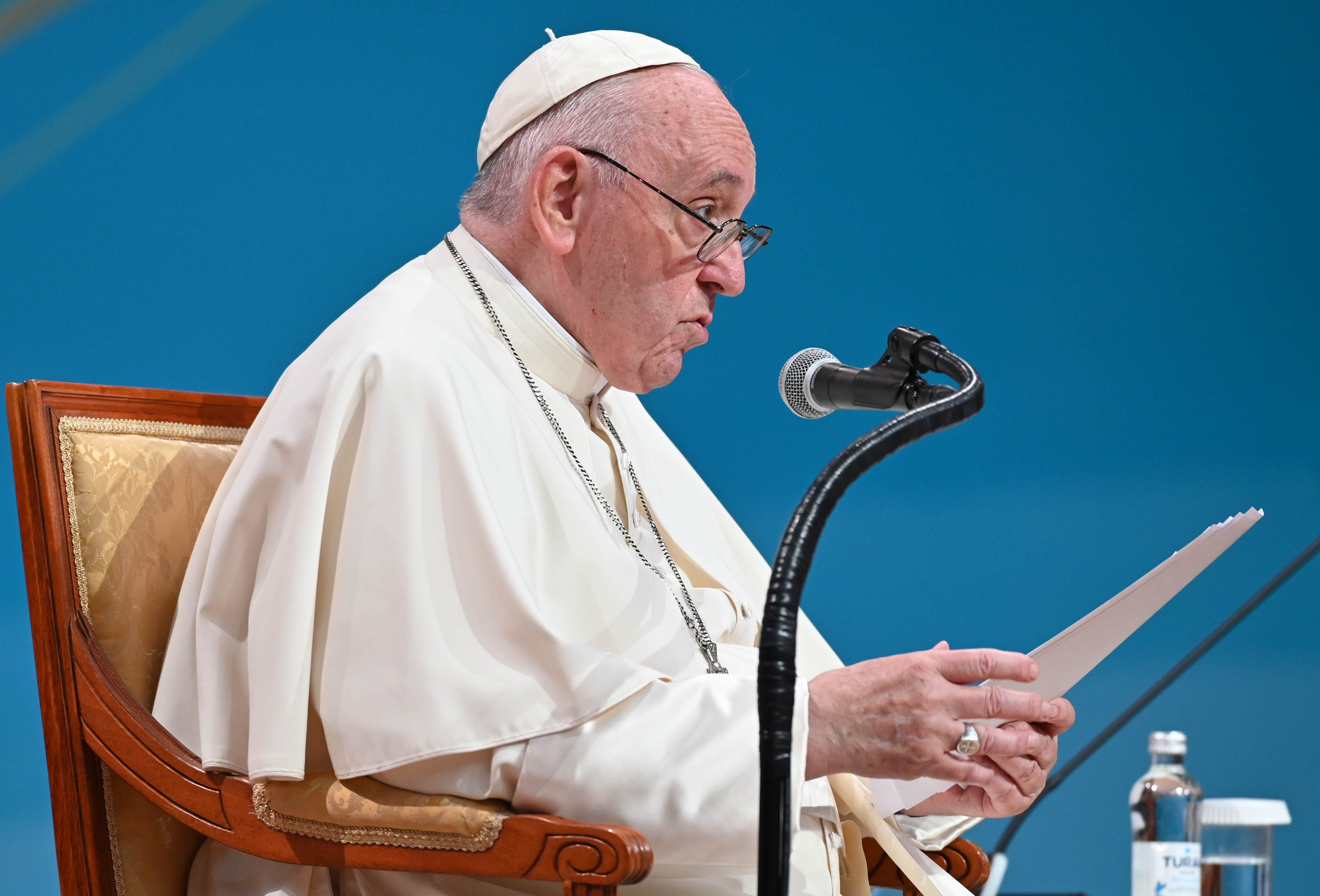 The Pontiff highly appreciated Kazakhstan’s efforts in the field of disarmament and non-proliferation of nuclear weapons, decarbonization of the economy and investment in renewable sources of energy.

“Along with concern for interreligious dialogue, these are all seeds of hope planted in the common soil of humanity, which we must cultivate in the name of new generations and young people. The Holy See supports you on this endeavours” Pope Francis

In conclusion, the Pontiff expressed gratitude to President Tokayev for his hospitality, wishing further peace and unity to Kazakhstan.

At the end of the gathering, President Tokayev thanked the Pontiff for his warm wishes and respect for our country, as well as for his inspiring speech.