As part of the participation in the sideline events at the 77th session of the UN General Assembly, Deputy Prime Minister - Minister of Foreign Affairs of Kazakhstan Mukhtar Tileuberdi spoke at a high–level meeting dedicated to the 30th anniversary of the Declaration on the Rights of Persons Belonging to National or Ethnic, Religious and Linguistic Minorities, Delovoy Kazakhstan reports.

The meeting was attended by the leadership of the member states, UN Secretary General António Guterres, President of the 77th session of the UN General Assembly Csaba Kőrösi, Nobel laureate Nadia Murad, as well as representatives of civil society and academia.

Minister Tileuberdi stressed in his speech that Kazakhstan, where representatives of more than 130 ethnicities and 17 major religious denominations live in peace and harmony, is deeply committed to ensuring a better life for everyone, regardless of their ethnic or religious affiliation. In this context, he noted the significant role of the Assembly of People of Kazakhstan in creating favorable conditions for interethnic harmony. He also mentioned the successful organization of the VII Congress of Leaders of World and Traditional Religions in Kazakhstan on September 14-15, which gathered more than 100 spiritual leaders from more than 50 countries. 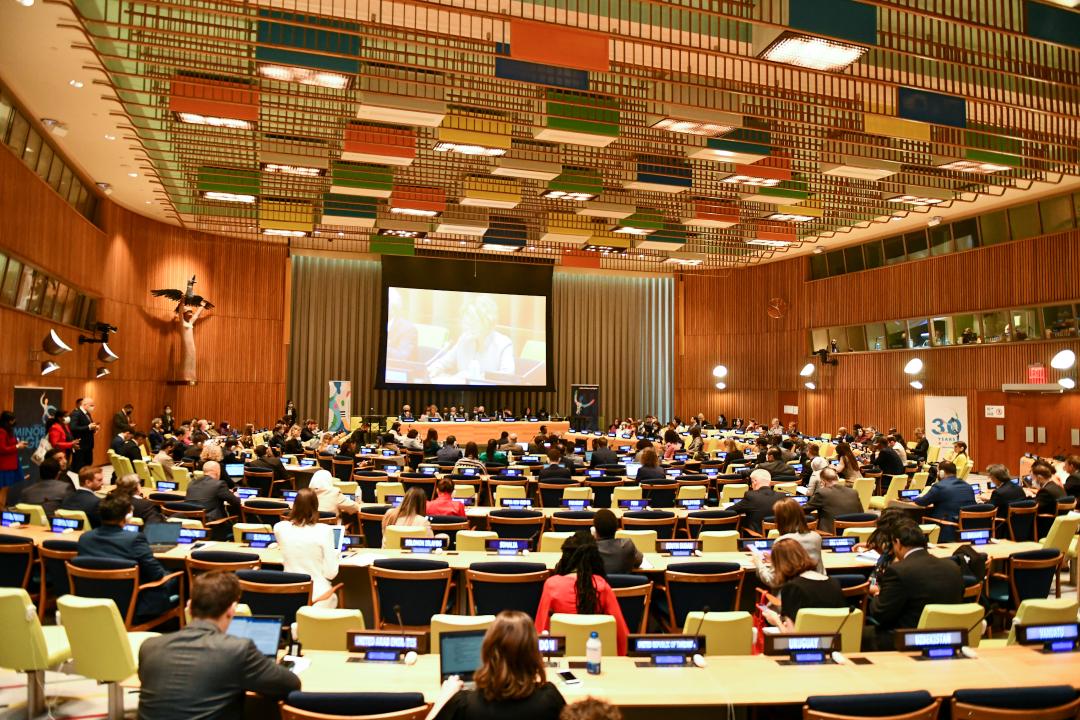 The Foreign Minister also took part in a high-level meeting on sustainable mountain development, convened at the initiative of the Kyrgyz Republic. 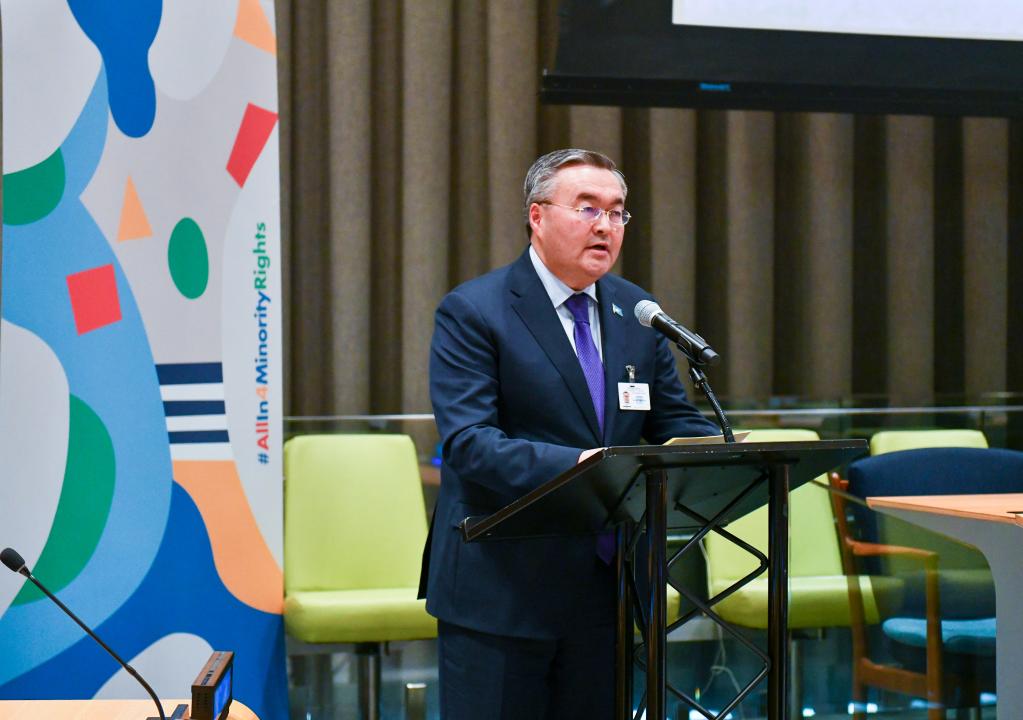 Tileuberdi noted that the mass of glaciers in Central Asia has decreased by 20-30% over the past 50 years. In particular, the "Tuyuk-su" glacier – the largest of the 2,724 glaciers in Kazakhstan – annually loses about 1 million tons of its volume. This carries significant risks to food, energy and environmental security. In this regard, he called for strengthening regional cooperation in the field of adaptation to climate change. 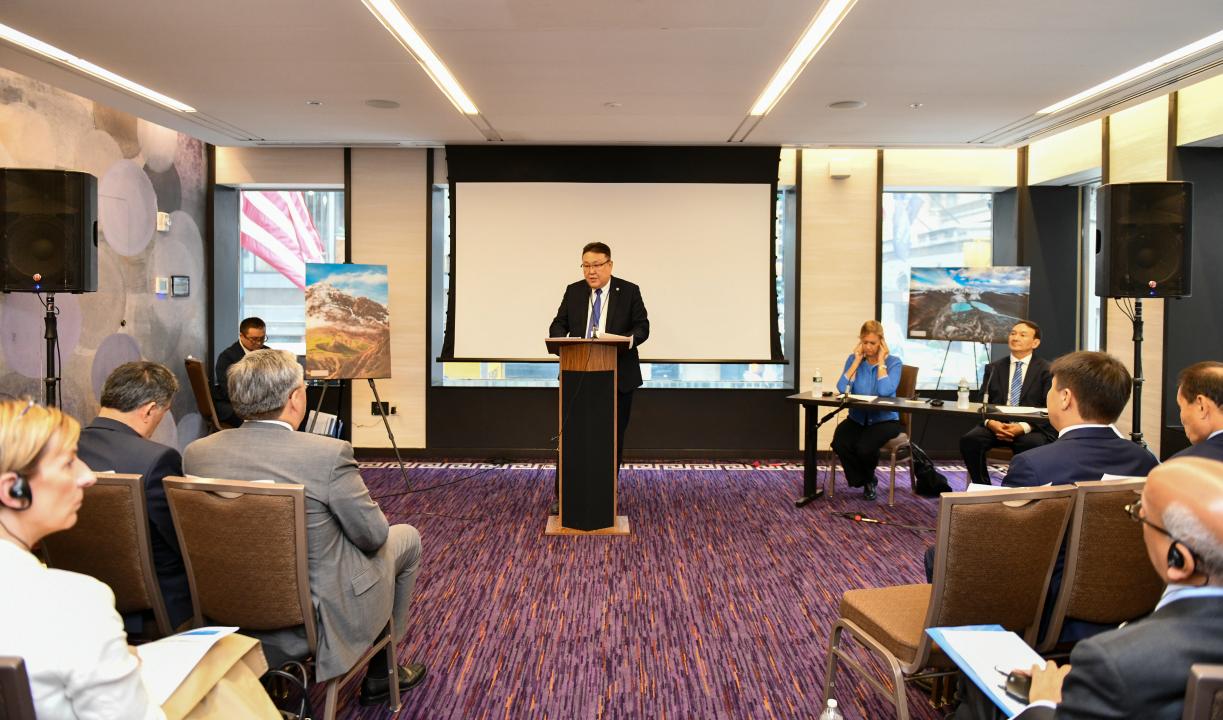 It should be noted that in accordance with the UN resolution adopted on the initiative of several countries, including Kazakhstan, 2022 has been declared the "International Year of Sustainable Mountain Development". 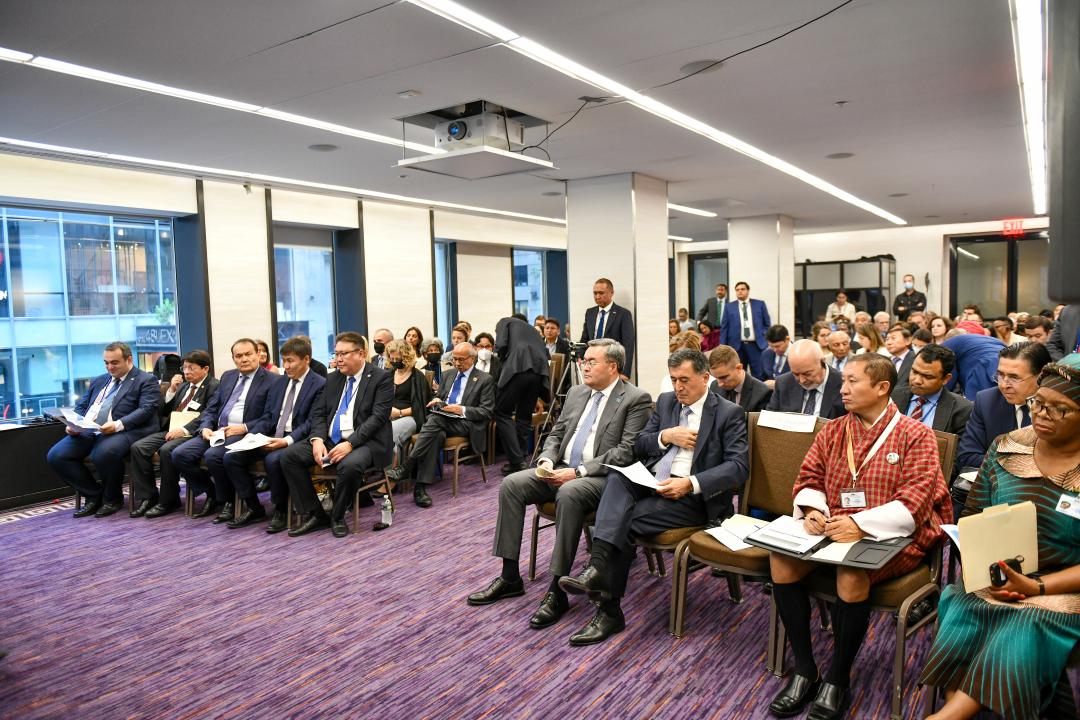 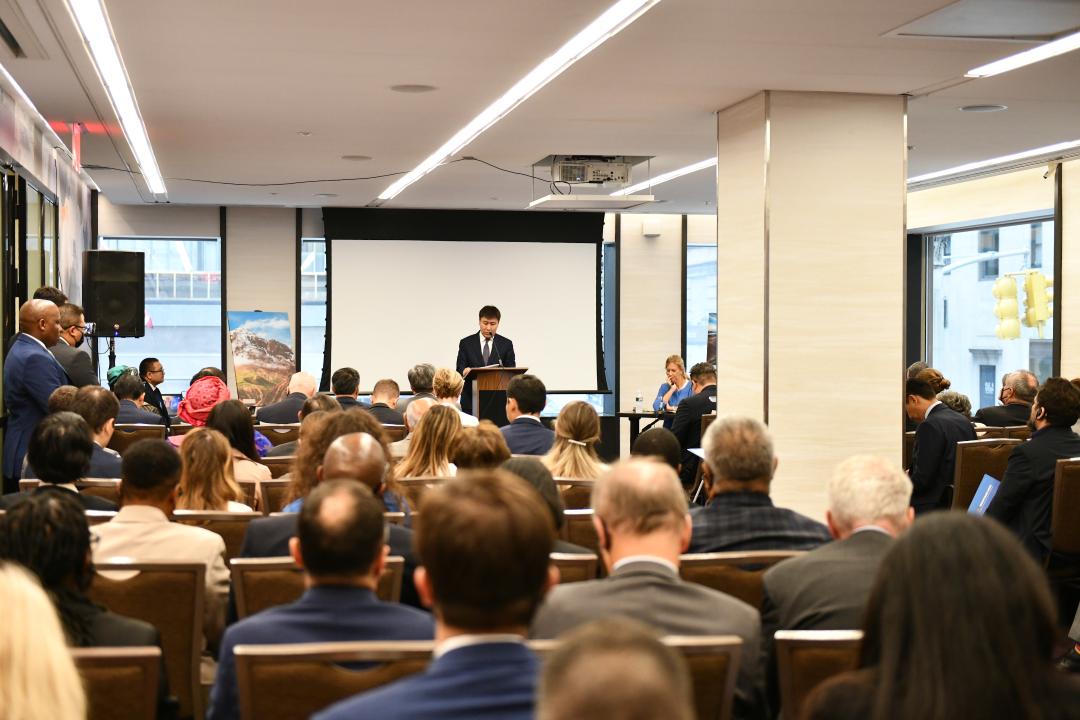 During the meeting, the parties discussed topical issues on the international agenda, including the situation in Central Asia and Afghanistan, as well as the current state and prospects of cooperation between Kazakhstan and the UN. 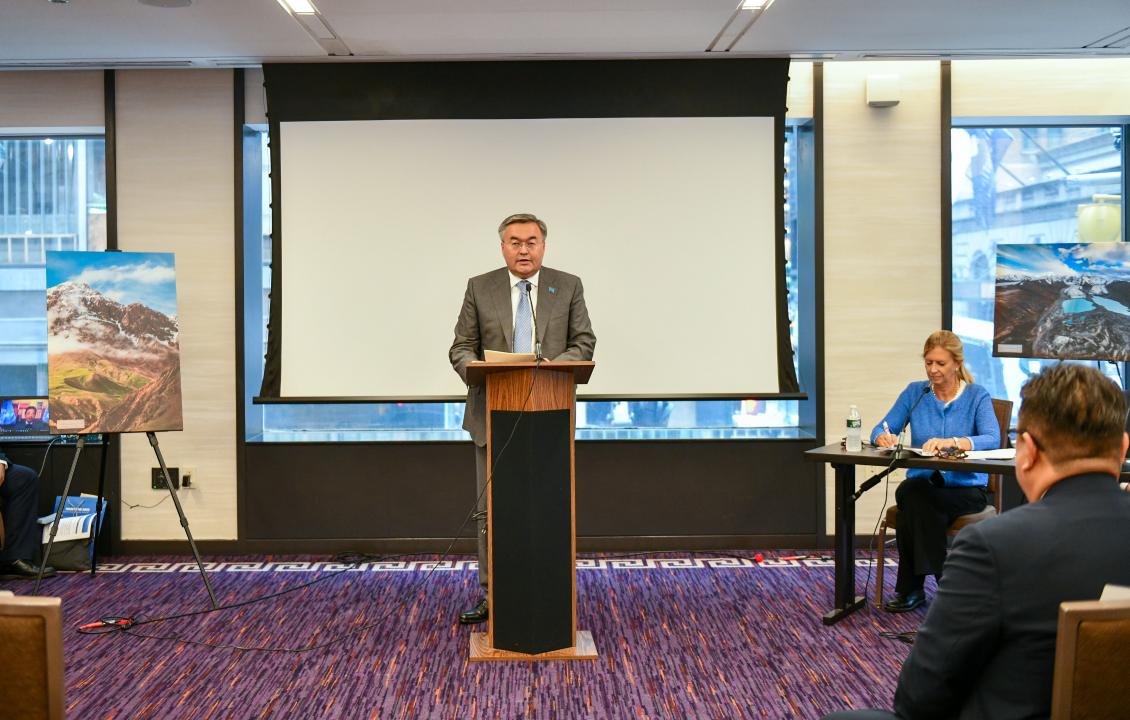 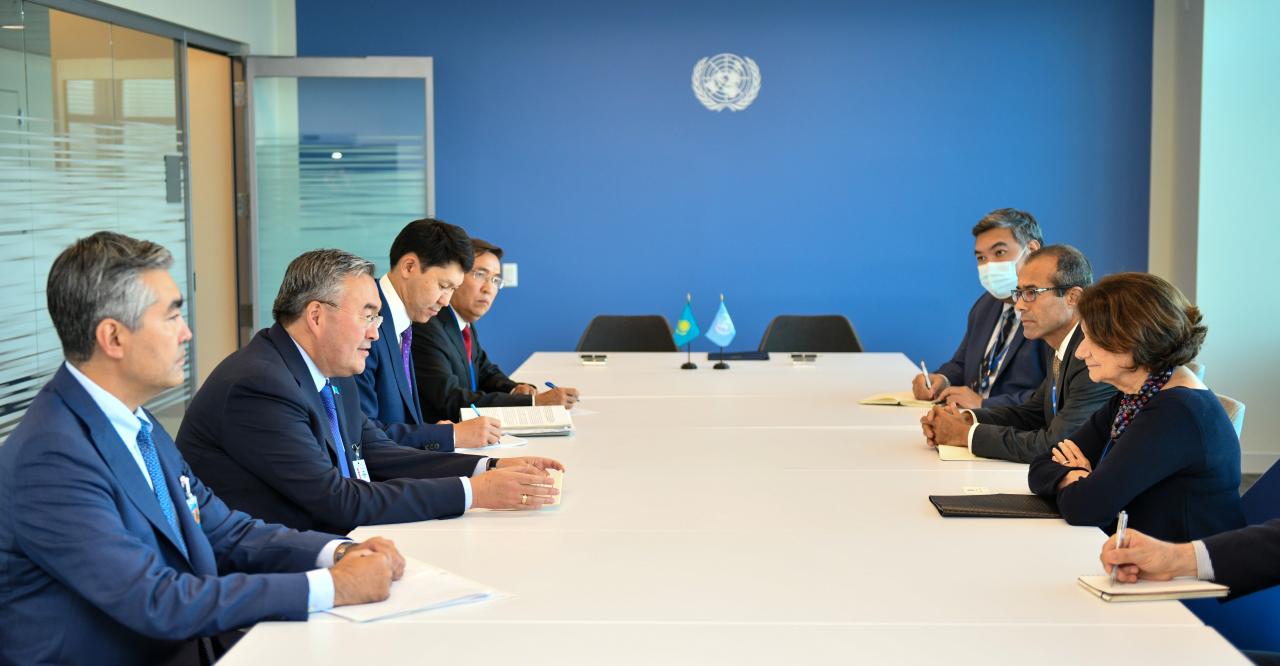 The UN Under-Secretary-General highly appreciated the economic and humanitarian assistance provided by Kazakhstan to the Afghan people, as well as the decision of the President of Kazakhstan Kassym-Jomart Tokayev to allow the personnel of the UN Assistance Mission in Afghanistan (UNAMA) to be temporarily based in Almaty last August. 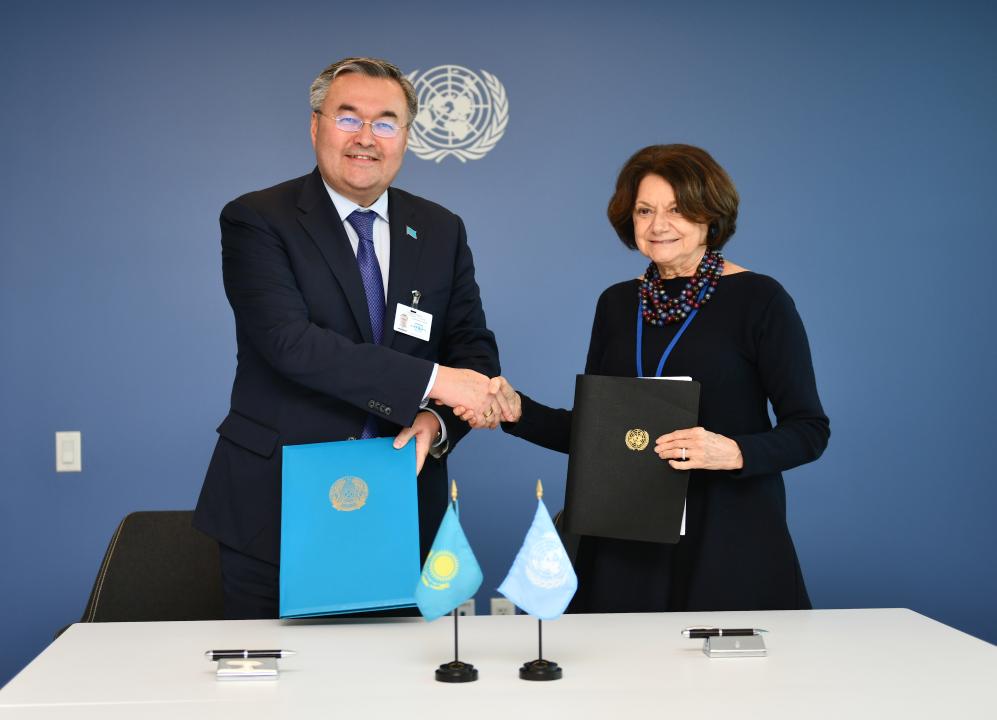 Following the meeting, the parties signed an agreement on the status of the temporary remote UNAMA office in Almaty.