Kazakhstan is Reliable Partner in Strategically Promising Region for Portugal

Deputy Foreign Minister of Kazakhstan Roman Vassilenko met with Minister of Foreign Affairs of the Portuguese Republic João Gomes Cravinho as a part of his visit to Portugal. At the meeting they discussed future directions for strengthening cooperation in political, trade and economic, cultural and humanitarian spheres, as well as the current issues on the international agenda, Delovoy Kazakhstan reports.

The parties stressed the need to improve institutional mechanisms, diversify mutual trade, develop transit routes, as well as intensify cooperation in areas such as digitalization, IT industry, green energy, tourism, education, etc. They paid special attention to expanding the legal framework of relations and developing the political dialogue. 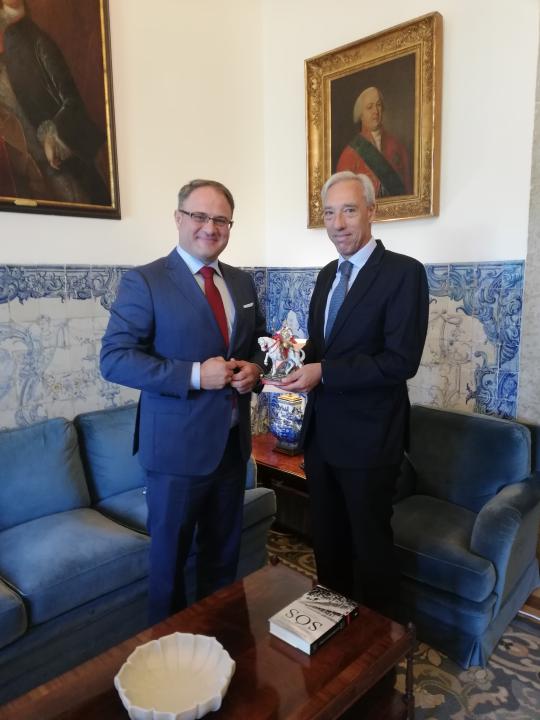 On the same day, Roman Vassilenko and Director General for Foreign Policy of the Portuguese Ministry of Foreign Affairs Rui Vihnas co-chaired the 5th round of the political consultations between the ministries of foreign affairs of Kazakhstan and Portugal. 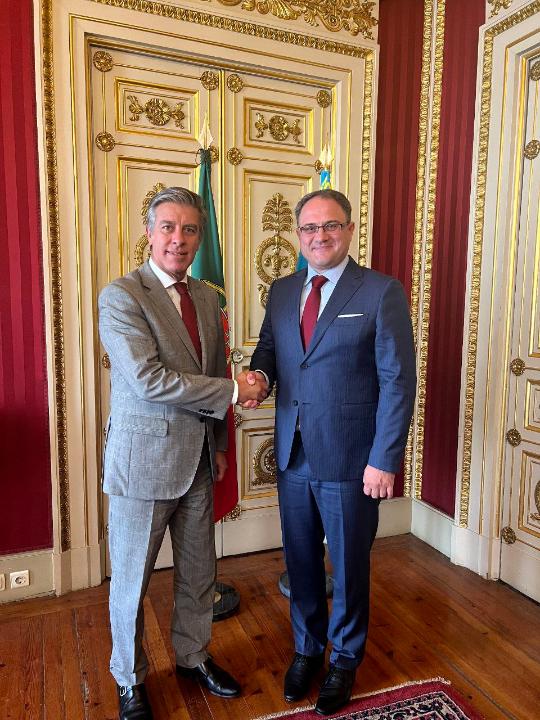 The diplomats discussed in details the state and prospects of cooperation in political, trade and economic, cultural, humanitarian and other spheres, as well as exchanged views on a number of pressing issues on the international agenda, including in the context of development of the strategic partnership between Kazakhstan and the European Union. 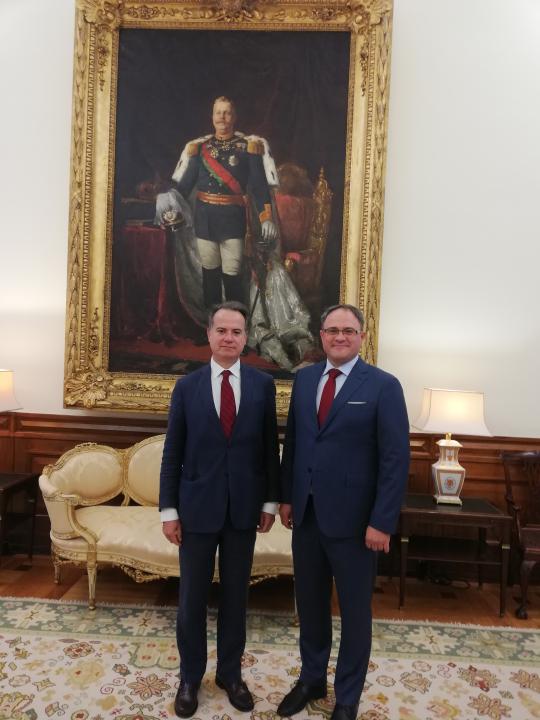 Both sides noted the high quality of dialogue within international and regional organizations and the mutual support of initiatives. A thorough exchange of views on topical international issues revealed similarities between the positions of Kazakhstan and Portugal.

The talks resulted in agreements to intensify the political dialogue, while concrete steps were outlined to strengthen investment, trade and economic, interregional and academic links.

Along with the political consultations in Lisbon, at a separate meeting, experts discussed bilateral agreements in the sphere of criminal justice.

The meeting between Deputy Minister Vassilenko and Chairman of the Committee on International Affairs and the Portuguese Communities of the Assembly of the Republic Sergio Sousa Pinto offered an opportunity to review prospects for expanding inter-parliamentary cooperation. The interlocutors had a constructive exchange of views on the ways of revitalization of parliamentary friendship groups.

The Portuguese politician was presented with the main goals of reforms in various spheres of public life and the key provisions of the course on building a “New Fair Kazakhstan” of President Kassym-Jomart Tokayev.

The Portuguese side commended the efforts of the country’s leadership in carrying out unprecedented political and socio-economic reforms in Kazakhstan.

During the visit, the Kazakh delegation had a productive meeting with Eduardo Baptista Correia, CEO of TAGUS Science and Technology Park, Francisco Roja Gonsalves, Vice-president of the Oeiras Municipality, and representatives of transnational IT, software, technical certification and pharmaceutical companies operating in this technopark, such as Instituto Soldadura e Qualidade, Novartis and PHC. The interlocutors discussed prospects for implementing investment projects in Kazakhstan and establishing partnerships with AIFC Tech Hub.

The head of Taguspark appreciated the development of financial technology market in Kazakhstan. In this context, the Portuguese Technological Park, which employs 16,000 people in 160 companies, expressed interest in doing business in Kazakhstan.

At the meeting with Ambassador José de Freitas Ferraz, Director of the Institute of Diplomacy issues of exchanging experience in analyzing and forecasting modern international relations were discussed. The Director talked about priorities in staffing the diplomatic service of his country and on-going educational programs on developing skills for efficient implementation of foreign policy.

Vassilenko noting the 30th anniversary of the Kazakh diplomatic service this year, outlined the main principles and priorities of Kazakhstan’s foreign policy, as well as its global initiatives.

Ambassador of Kazakhstan to Portugal Daulet Batrashev and Ambassador José de Freitas Ferraz signed the Memorandum of Understanding between the Academy of Public Administration under the President of Kazakhstan and the Institute of Diplomacy of the Portuguese Foreign Ministry on diplomatic training, research and exchange of information and documentation.

The gross inflow of Portuguese FDI to Kazakhstan in 2005-2022 amounted to 253 million US dollars.

A total of 19 legal entities, branches and representative offices with the Portuguese capital are registered in Kazakhstan.