Prime Minister of Thailand Spoke about Strengthening Cooperation with Kazakhstan

The Ambassador of Kazakhstan Arman Issetov met with the Prime Minister of Thailand Prayut Chan-o-cha. During the meeting, the Prime Minister congratulated meeting participants on the occasion of the 30th anniversary of diplomatic relations and emphasized the reliability of the partnership between Kazakhstan and Thailand. General Prayut Chan-o-cha noted the similarity of the positions of our countries on ensuring regional and global security. Given the high role of the Conference on Interaction and Confidence Building Measures in Asia (CICA) in this process, Thailand is planning to participate in the upcoming CICA Summit in Astana, Delovoy Kazakhstan reports. 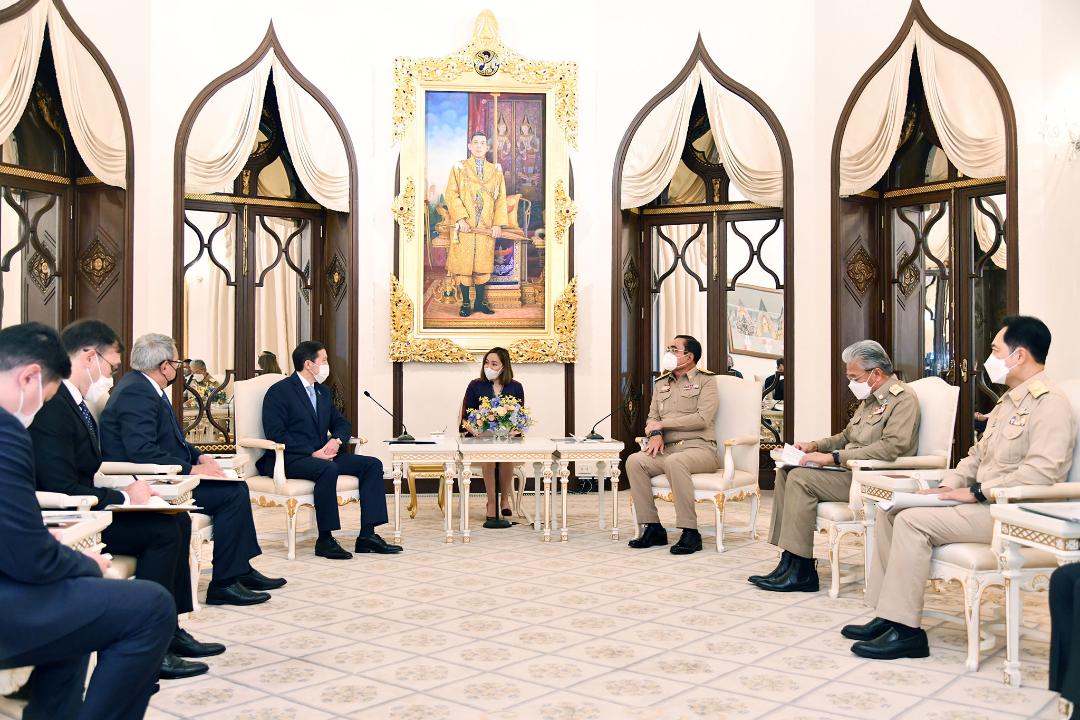 In addition, the head of the Thai government spoke about the need to develop trade, economic, and investment cooperation. The mutual trade turnover has been steadily growing over the past few years, preserving the potential for further cooperation. Considering the logistical remoteness, Prayut Chan-o-cha paid attention to the need to find alternative logistic routes and emphasized the interest of Thai companies in the implementation of projects in Kazakhstan.

Moreover, the parties expressed their common concern about the growing problem in the field of global food security. In this regard, Ambassador Issetov noted the capacity of Kazakhstan, as one of the largest wheat producers, to supply grain products to countries in need around the world.

In addition, the parties discussed the issue of the mutual development of tourism. The Kazakh diplomat informed about increasing the number of regular flights between the two countries that will rise the flow of tourists.

At the end of the meeting, the parties agreed to continue cooperation at all levels.