The feat of war heroes is not forgotten in Slovakia

Today, on the occasion of the Day of the Great Victory, Ambassador of Kazakhstan to Slovakia Roman Vassilenko together with Ambassador of Russia Igor Bratchikov, Ambassador of the People’s Republic of China Sun Lijie, Charge d’Affaires of Belarus Denis Sidorov, embassies and the leadership of the Slovak Union of Antifascist Fighters, laid wreaths at the Slavín Military Memorial Complex in Bratislava, where Soviet soldiers, including Kazakh soldiers, are buried, Delovoy Kazakhstan reports.

The Ambassador of Kazakhstan, addressing the Slovak veterans and hundreds of people who came to honour the memory of those who fell for peace and freedom from fascism, said: “I cordially congratulate you on the Great Victory Day! I wish you all and all our countries peace, prosperity and well-being! On behalf of the Republic of Kazakhstan, we express our sincere gratitude to our dear Slovak friends for preserving and respecting the memory of the feat of our fathers and grandfathers! Nobody is forgotten, and nothing is forgotten!”

In the ranks of the Red Army, Kazakh soldiers took part in the fighting on many fronts, participated in the liberation of Ukraine, Belarus, Moldova, the Baltic countries, Norway, Eastern and Western Europe. 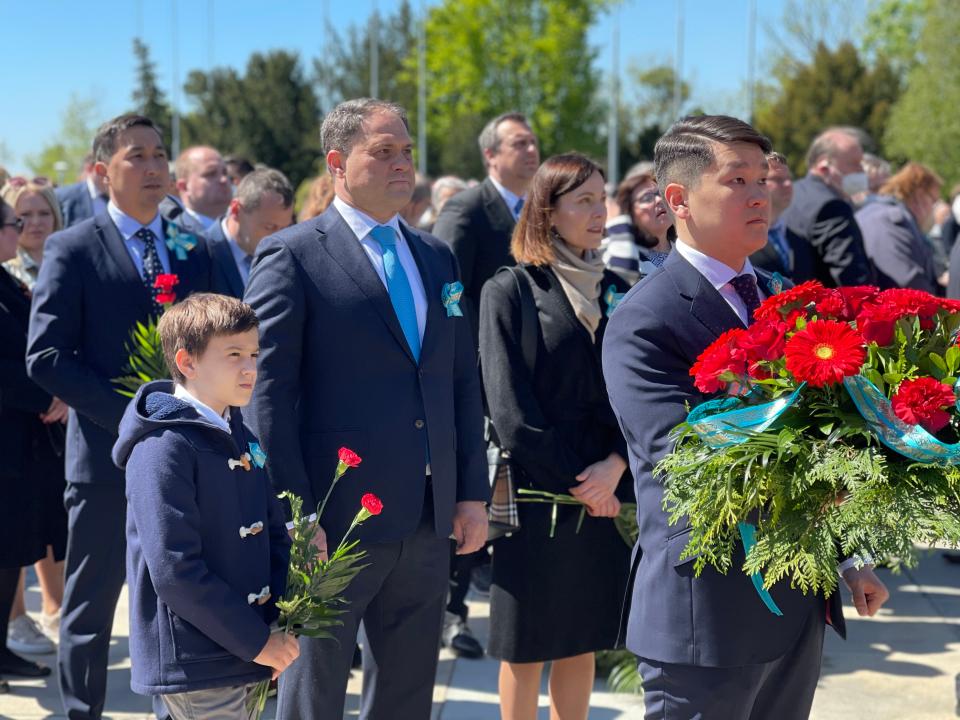 Soldiers from Kazakhstan took part in the liberation of Slovakia. The 8th Infantry Division, formed in East Kazakhstan, in the cities of Semipalatinsk and Ayagoz, participated in the liberation of Slovakia, including cities such as Spišska Nova Ves, Spišska Stara Ves, Levoča, Ružomberok, etc. and reached Prague... The Kazakh 72nd Guards Division liberated the Nitra and Bratislava regions. Shoulder to shoulder with Slovaks and representatives of more than 30 other nationalities, Kazakhs heroically fought during the Slovak National Uprising.

As the Kazakh diplomat noted on this occasion, “millions of people did not live to see the Day of the Great Victory, for which they fought to their last breath. They gave their lives so that we, our children and grandchildren and those who are to come into this world can live.”