The ceremony of awarding the winners of the Sixth international contest “Kazakhstan through the eyes of foreign media” was held at the Ministry of Foreign Affairs of Kazakhstan on August 26. The competition, organised by the Foreign Ministry and the Chief Editors Club of Kazakhstan, is being held for the sixth time, and this year it was dedicated to the 30th anniversary of the independence of Kazakhstan, Delovoy Kazakhstan reports. As part of the contest, the judges reviewed the works of 60 foreign journalists from approximately 40 countries. The works focused on a wide range of topics about Kazakhstan, such as the economy, politics, international relations, history, culture, tourism, health care, sports, nuclear disarmament, renewable energy sources, as well as the legacies of Abai Qunanbaiuly and Abu Nasr Al-Farabi, two outstanding personalities of the Kazakh people. The materials of the participants were published in foreign newspapers, magazines, online publications and popular online platforms. 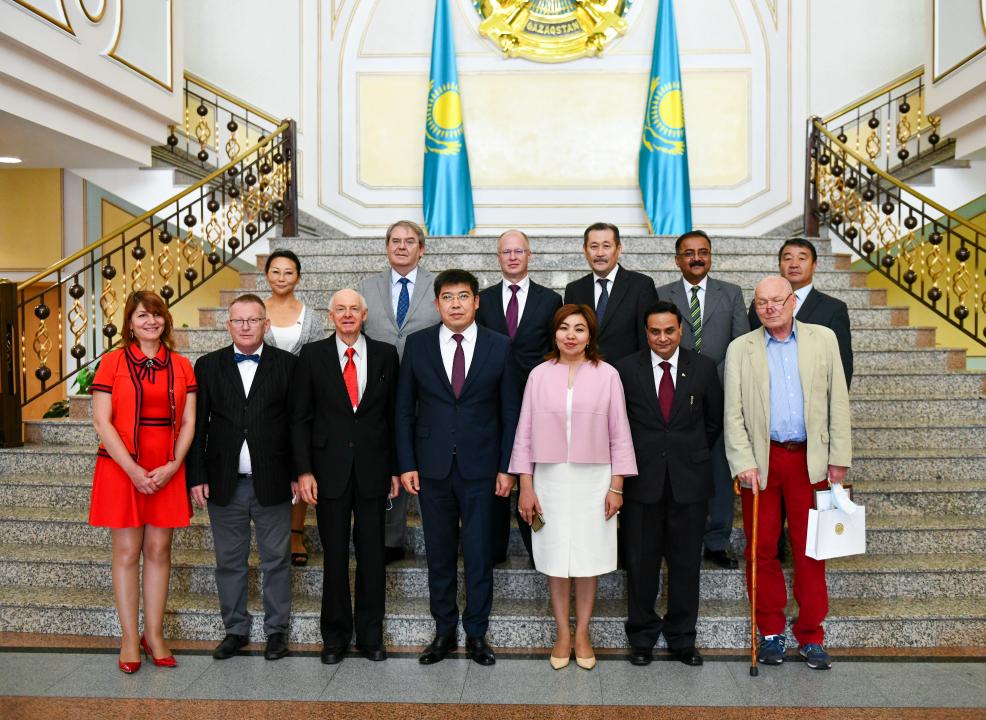 The ceremony was attended by Deputy Minister of Foreign Affairs of Kazakhstan Yerlan Alimbayev, President of the Chief Editors Club Bibigul Zheksenbai, representatives of the diplomatic corps accredited in Nur-Sultan and leading Kazakh media. 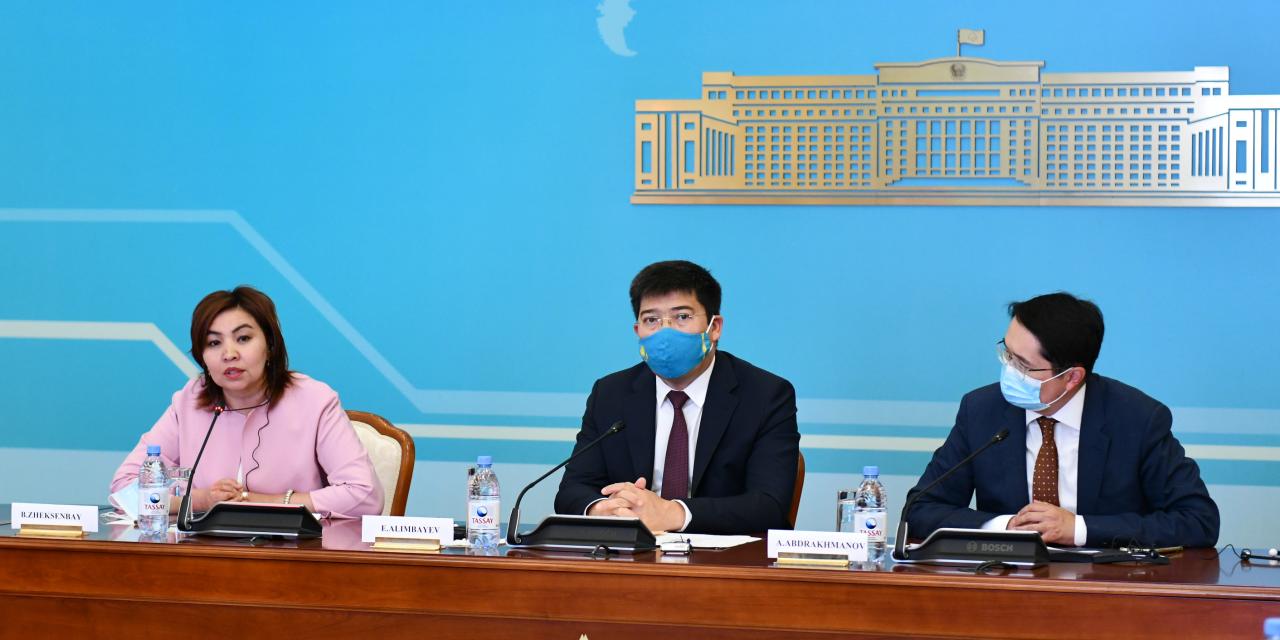 In his welcoming speech, Deputy Foreign Minister Yerlan Alimbayev congratulated the winners and thanked all the participants of the competition on their behalf, noting that their number is growing every year and the geographic location of applications is expanding, which indicates the growing interest in Kazakhstan from foreign media. He stressed that in line with restrictions associated with the coronavirus pandemic, the Ministry of Foreign Affairs has organised a substantive program, as part of which the winners of the competition will have the opportunity to learn more about Kazakhstan, its modern development and achievements over 30 years of independence, and experience the hospitality of the Kazakh people. 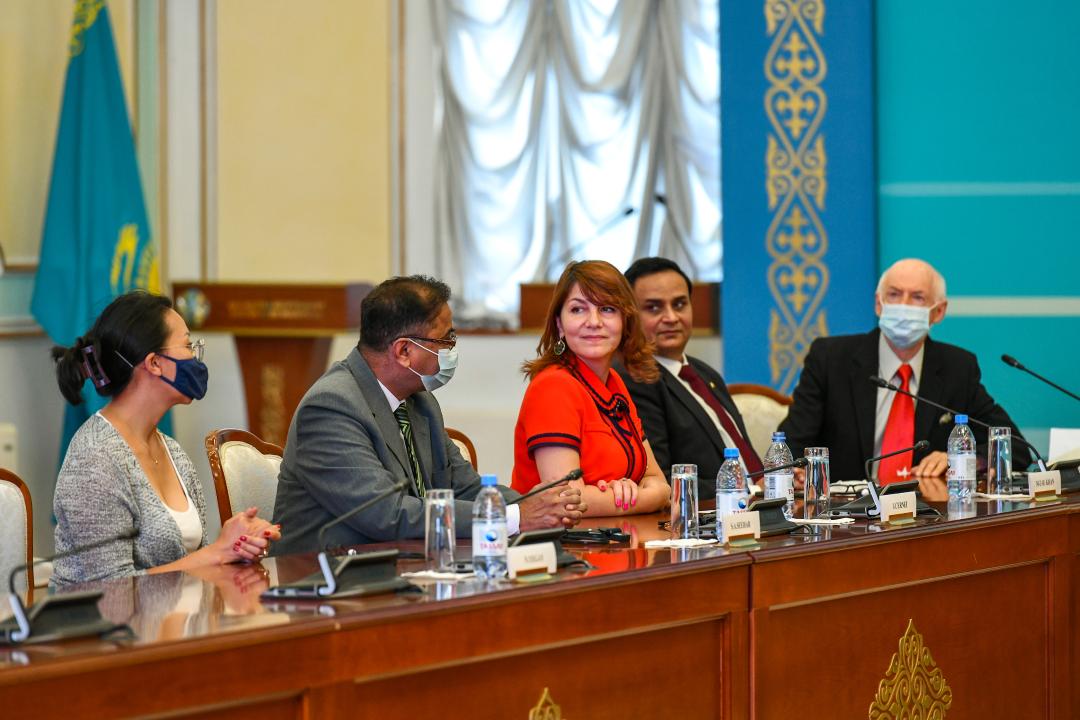 President of the Chief Editors Club Bibigul Zheksenbai spoke about the role of the Kazakh media in the development of the country and the promotion of objective information about Kazakhstan in the international arena, as well as openness to constructive cooperation with foreign colleagues for this purpose.

During the event, the winners of the competition were awarded diplomas. 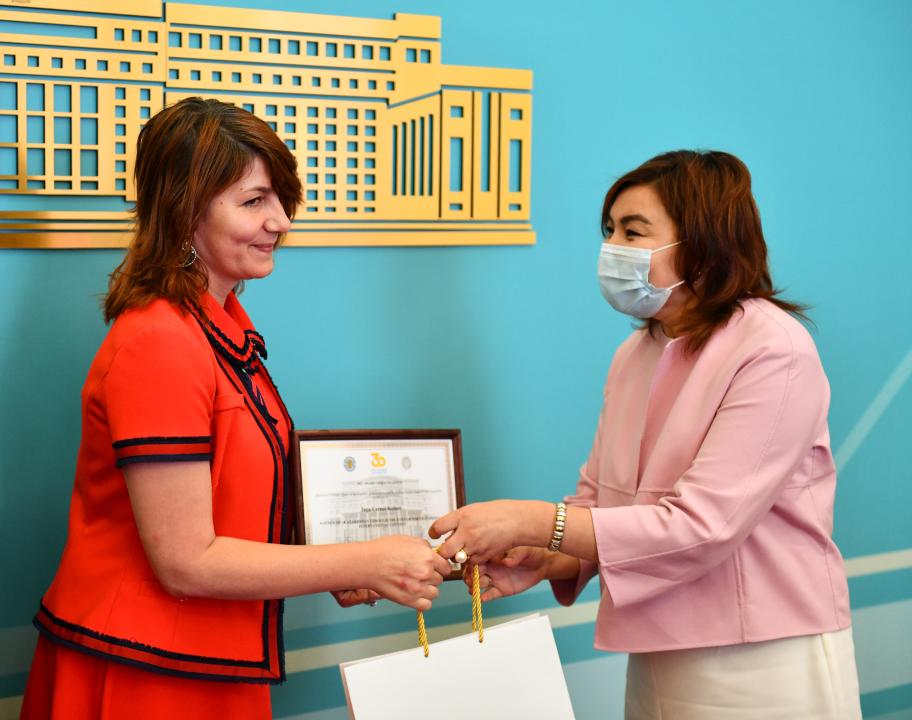 In turn, foreign journalists thanked the organizers of the competition for the warm welcome and shared their impressions of Kazakhstan. 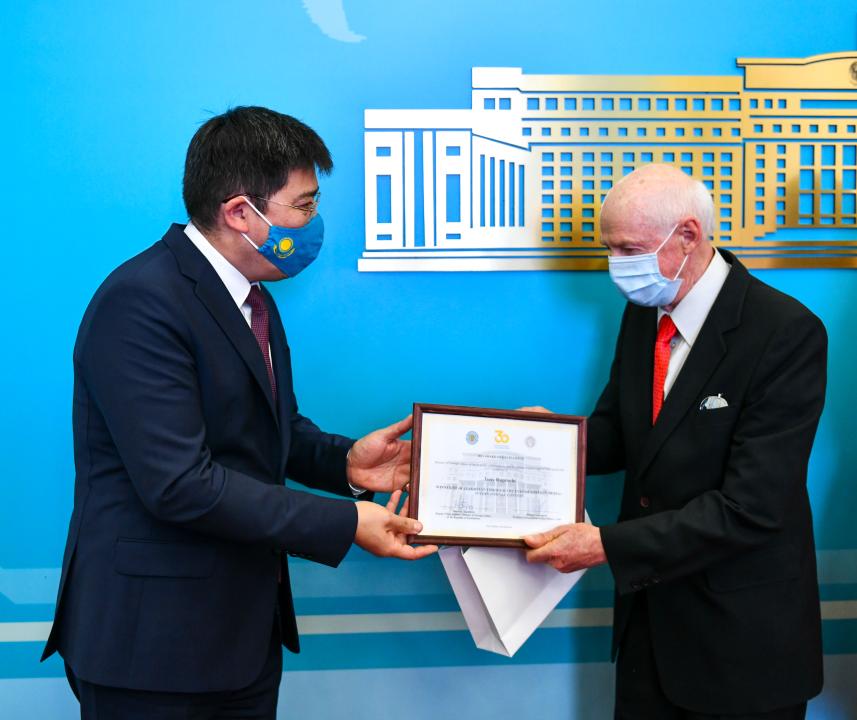 In addition, representatives of the foreign diplomatic corps expressed their gratitude to the organizers of the competition, which in their view contributes to a better understanding of Kazakhstan among their fellow citizens and, thus, the rapprochement of cultures and peoples. 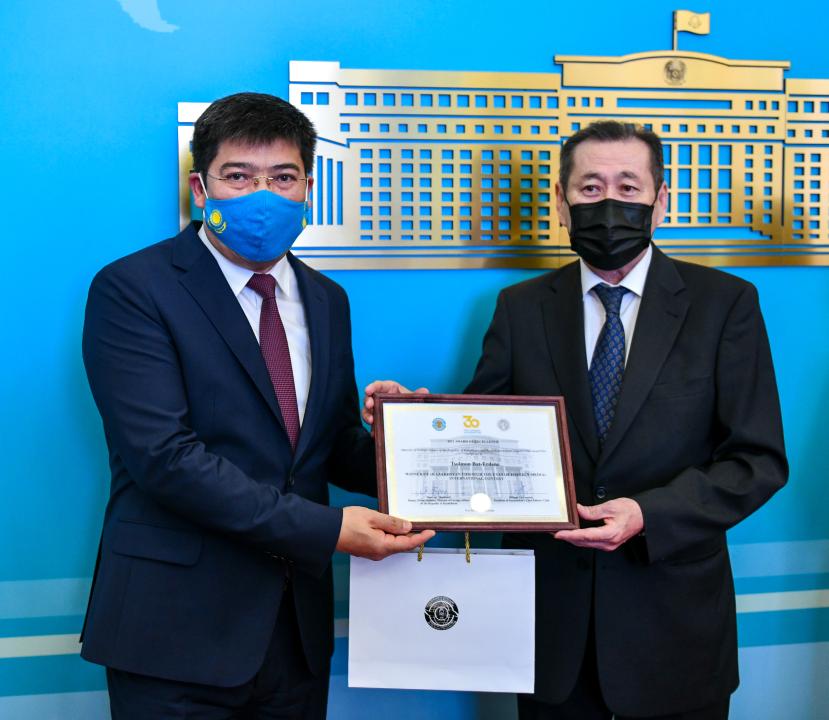 The winners of the competition were given the opportunity to take part in an informative tour of Kazakhstan, including visiting the cities of Nur-Sultan, Turkistan and Almaty, as well as the resort area of ​​Borovoe. 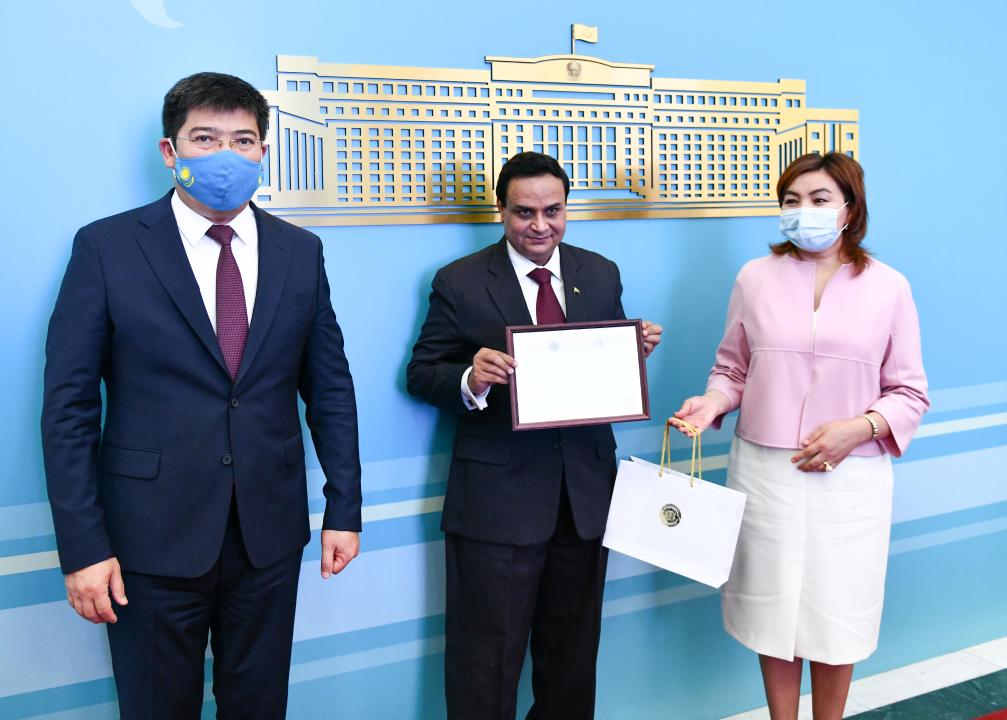 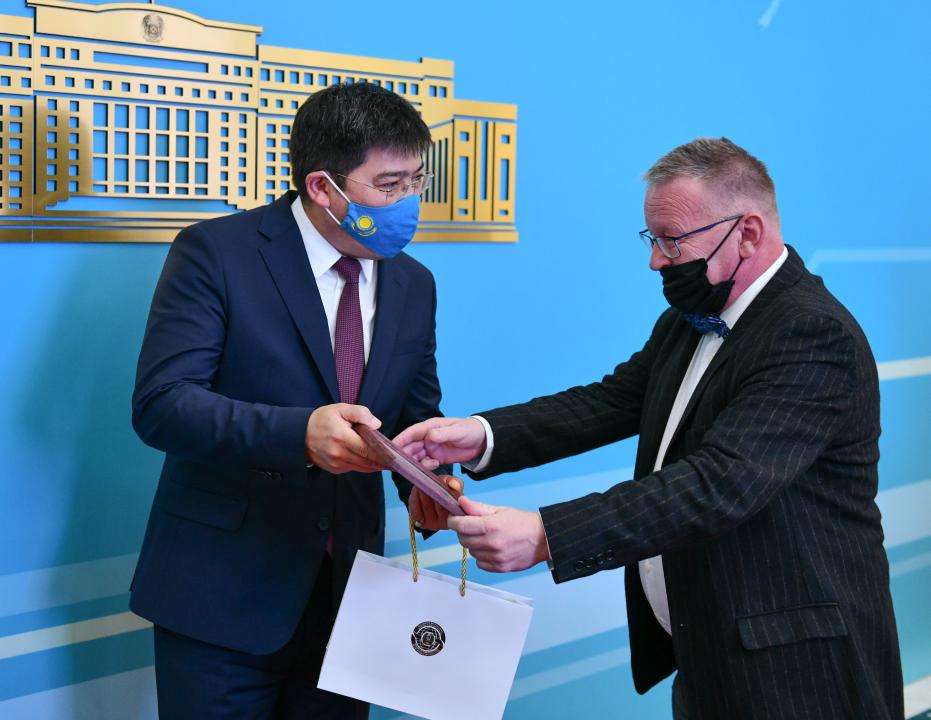 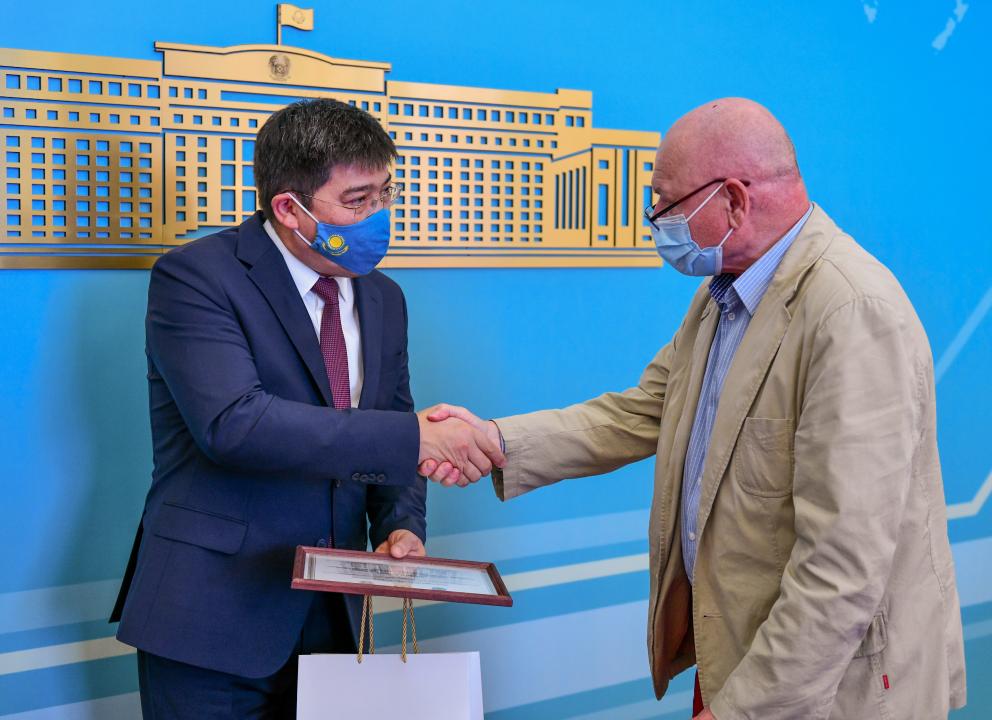