As part of the celebration of the 30th anniversary of Independence of the Republic of Kazakhstan, the opening ceremonies of the Kazakhstan Square in Bucharest and the bust of the great Romanian poet Mihai Eminescu in Nur-Sultan were held simultaneously via video format, Delovoy Kazakhstan reports.

In Bucharest, the event was attended by Ex-President of Romania Emil Constantinescu, members of Parliament, the leadership of the Ministries of Foreign Affairs, Culture and Internal Affairs, as well as representatives of the diplomatic corps, business and academic circles, the Romanian media. 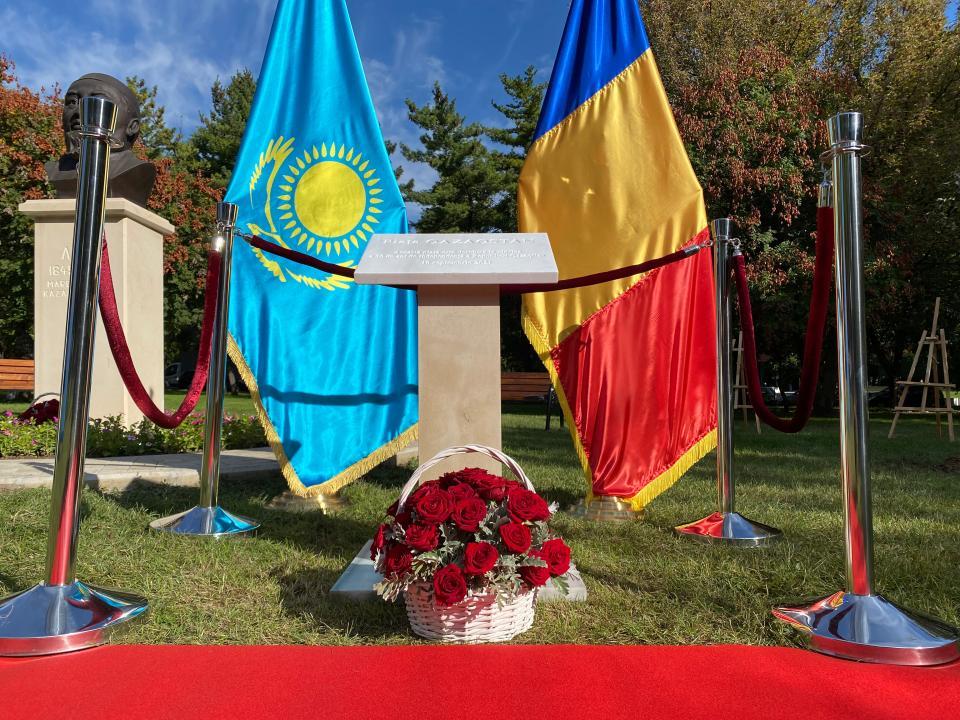 Kazakhstan’s Minister of Culture Aktoty Raimkulova, Deputy Minister of Foreign Affairs Yerlan Alimbayev, Deputy of Majilis and Co-Chair of Kazakh-Romanian Inter-Parliamentary Group of Friendship Zulfiya Suleimenova, Akim of the Yessil District of the city of Nur-Sultan Bolat Dzhakenov, Rector of the Lev Gumilyov Eurasian National University Erlan Sydykov, Chairman of the Union of Writers of Nur-Sultan Dauletkerei Kapuly, as well as representatives of the Romanian cultural society Dacia and the diplomatic corps accredited in our capital took part in the ceremony in he Kazakh captal. 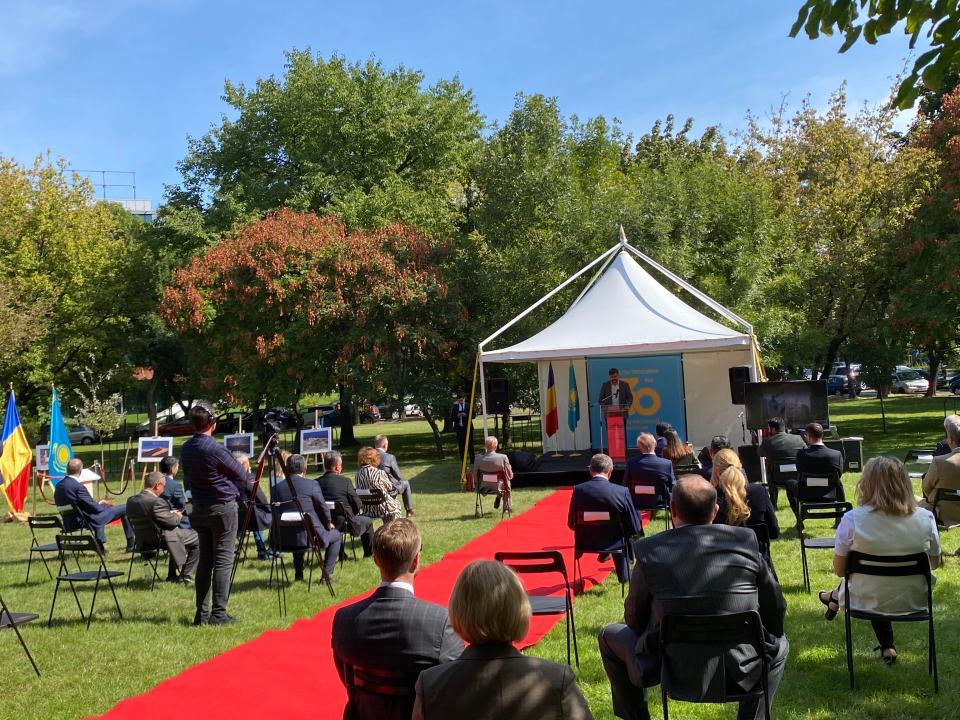 Ex-President of Romania Emil Constantinescu said that over the years of its independence, Kazakhstan has shown dynamic and impressive growth in the development of the economy and human capital. He noted that bilateral relations are at a high level and, thanks to the development of intercultural relations, it was possible to develop other areas of cooperation more deeply. He congratulated the people of Kazakhstan on the anniversary of independence and expressed warm wishes for prosperity, well-being and peace to our country. 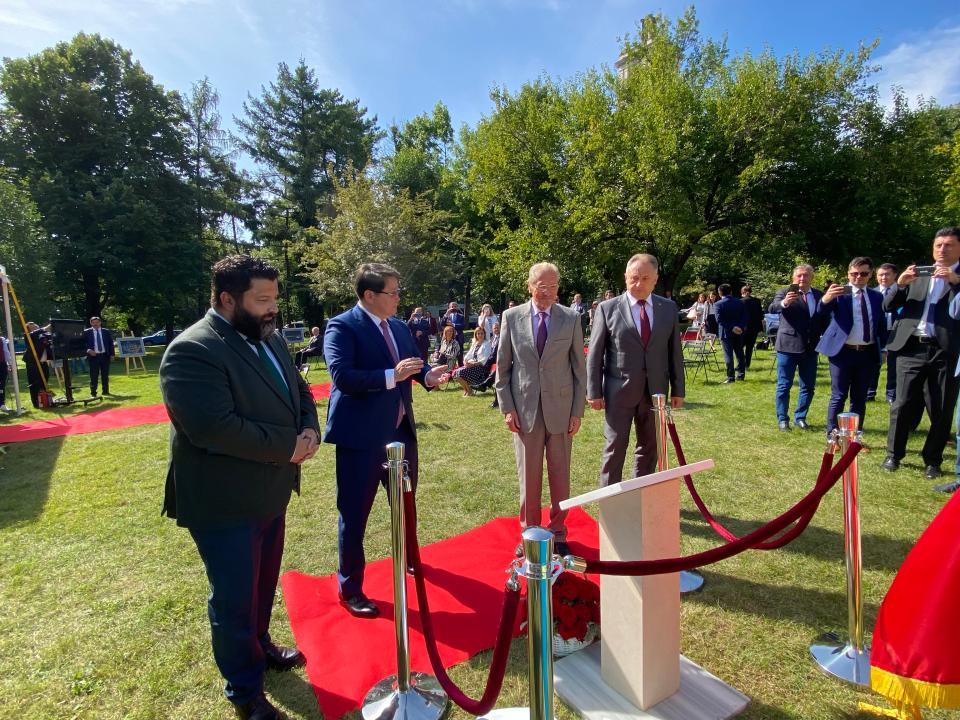 Ambassador of Kazakhstan to Romania Nurbakh Rustemov stressed that the independence was a precious treasure and an invaluable asset for our people, in the acquisition and preservation of which the nation’s First President Nursultan Nazarbayev played and continues to play an important role. 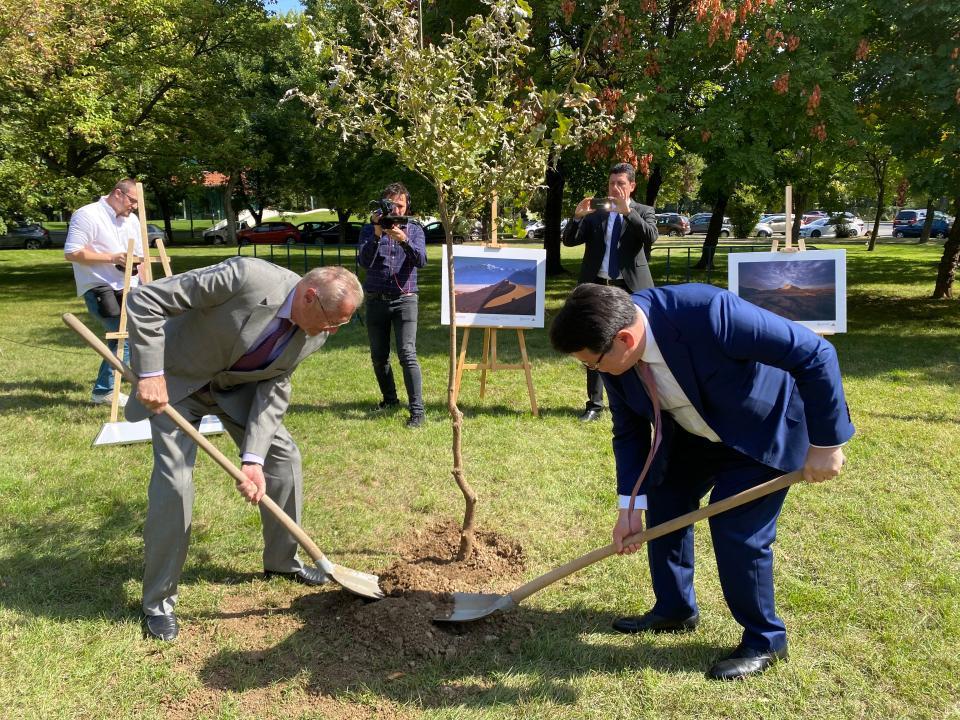 The Kazakh diplomat informed about the democratic transformations and reforms initiated by President Kassym-Jomart Tokayev, as well as about new initiatives put forward within the framework of the annual State-of-the-Nation Address entitled Unity of the People and Systemic Reforms are a Solid Foundation for the Nation’s Prosperity. 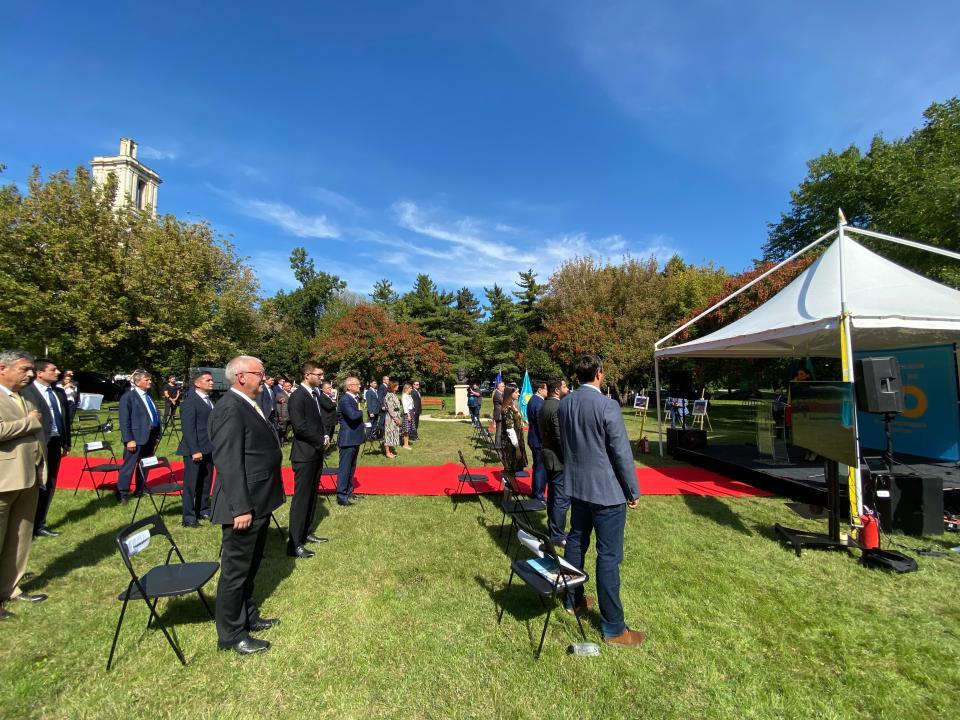 The Ambassador noted the significant historical international events that have taken place in Kazakhstan for 30 years – Kazakhstan's chairmanship in the OSCE and the OIC, non-permanent membership in the UN, congresses of leaders of world religions, Kazakhstan's contribution to a world without nuclear weapons, etc. 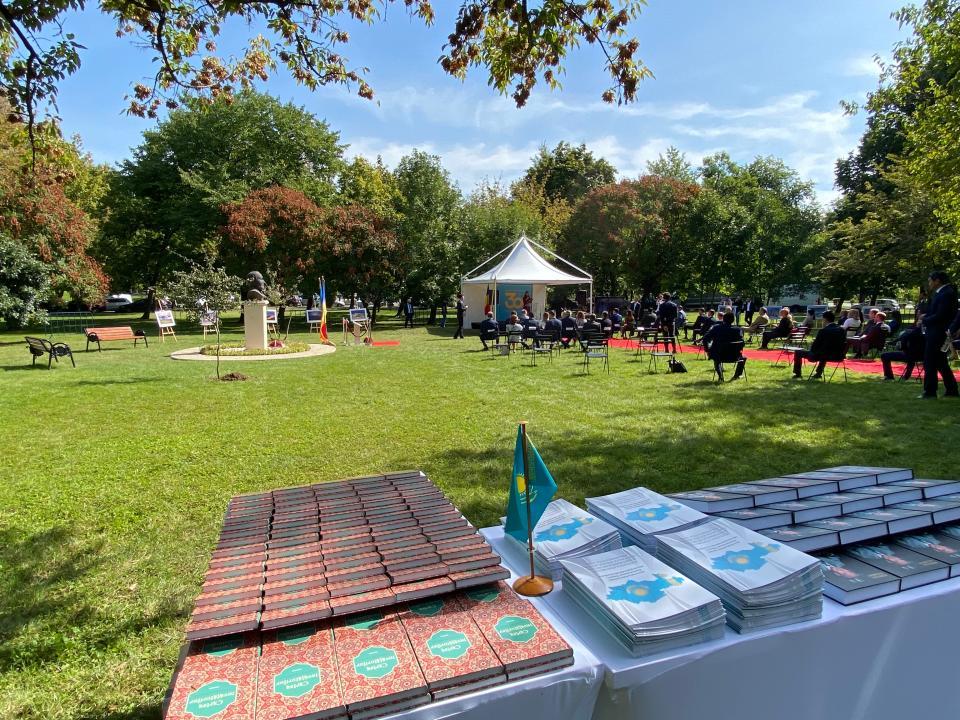 The Kazakh diplomat noted the high level of the partnership between Nur-Sultan and Bucharest across the entire spectrum of relations. At the same time, the opening of the square Kazakhstan and the bust of Eminescu became a vivid evidence of mutual respect and strong friendly ties.

State Secretary of the Ministry of Foreign Affairs of Romania Dan Neculaescu stressed that the opening of the Kazakhstan Square was an important cultural event in the history of bilateral relations, as it added new landmarks in bilateral cooperation.

The Romanian diplomat noted that despite the geographical distance and the new challenges caused by the pandemic, cooperation between the two countries continues to develop actively.

“Kazakhstan is not only the main economic partner of Romania in Central Asia, but also a country with which we have established a good tradition of dialogue on a wide range of areas of mutual interest, and with which, through joint efforts, we have managed to develop rich and vibrant cooperation in the parliamentary line, in the field of interpersonal contacts, in the educational and cultural sphere,” he said.

An important element in strengthening the friendship of peoples was the ceremony of planting seedlings (oak), symbols of stable and long-term relations between our countries, by Constantinescu and Rustemov around the monument to Abai (opened on September 10, 2020).

Along with this, the guests could see a photo exhibition of the picturesque nature of Kazakhstan and the modern architecture of the young capital – the city of Nur-Sultan, as well as photos dedicated to the 30th anniversary of the closure of the Semipalatinsk nuclear test site.

At the end of the event, the guests were presented with books translated into Romanian by Abai Kunanbaiuly’s Book of Words, Nursultan Nazarbayev’s Era of Independence and brochures with the State of the Nation Address Unity of the People and Systemic Reforms are a Solid Foundation for the Country’s Prosperity from 1 September 2021.