Adherence to governing for people, a precious quality of a political party -- Moroccan party leader

RABAT, May 23 (Xinhua) -- The Communist Party of China (CPC), which has led China to create a correct path, has an extremely precious quality as a political party -- long-term adherence to governing for the people, a Moroccan party leader told Xinhua in an interview. 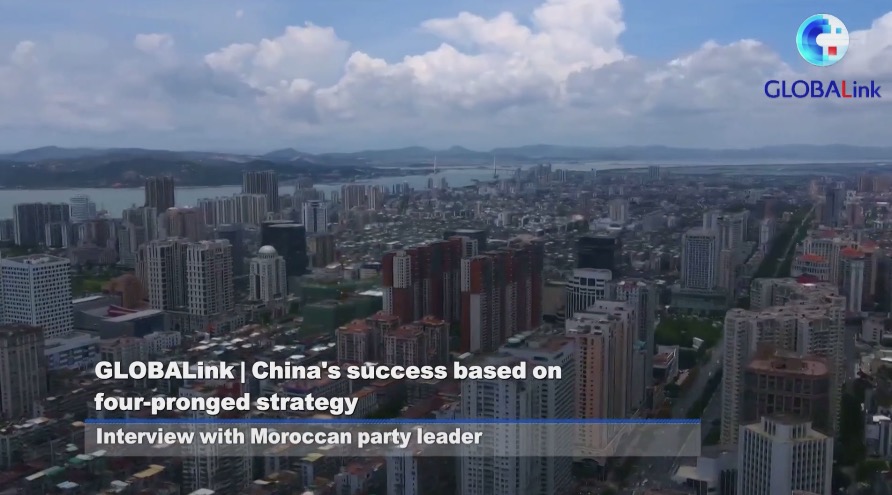 Under the leadership of the CPC and Chinese President Xi Jinping, China has made remarkable achievements, which have brought inspirations to other nations. The most noticeable aspect of the Chinese model is the "people-centered" ruling philosophy, said Slimane El Omrani, deputy secretary general of Morocco's Justice and Development Party (PJD).

Omrani, also first deputy speaker of the House of Representatives, said that "people-centered" philosophy means that all policies must be based on the interests of the people.

He believes that such qualities as good governance, anti-corruption, and people-centered philosophy have enabled the CPC to become what it is today. "The CPC has achieved great success in many fields such as political and social affairs. Congratulations to the CPC for its 100th birthday."

In his visit to China in September 2015, the Moroccan politician was impressed by the large-scale infrastructure that the Chinese people were able to construct through their hard work and wisdom.

The rapid development of the Chinese economy is remarkable, he said. As the world's second largest economy, China plays a key role in international affairs, he added.

In Omrani's eyes, Xi is an outstanding leader with a grand vision to lead the Chinese people towards prosperity and progress.

Describing the eradication of absolute poverty as one of China's major achievements in 2020, Omrani said China has achieved the United Nations Millennium Development Poverty Reduction Goal.

China's experience of overcoming all difficulties and creating such a miracle is an enlightenment for other countries, he said.

Omrani said that the CPC attaches great importance to exchanges with other political parties. The PJD and the CPC formally established contact in 2010 and have since frequently organized mutual visits and exchange activities, from which the PJD has learned a lot, he said. (Video reporter: Chen Binjie; video editors: Chen Sihong, Cheng Yiheng)